HomeTechWhy NASA blew up a space habitat in Texas
Tech

Why NASA blew up a space habitat in Texas 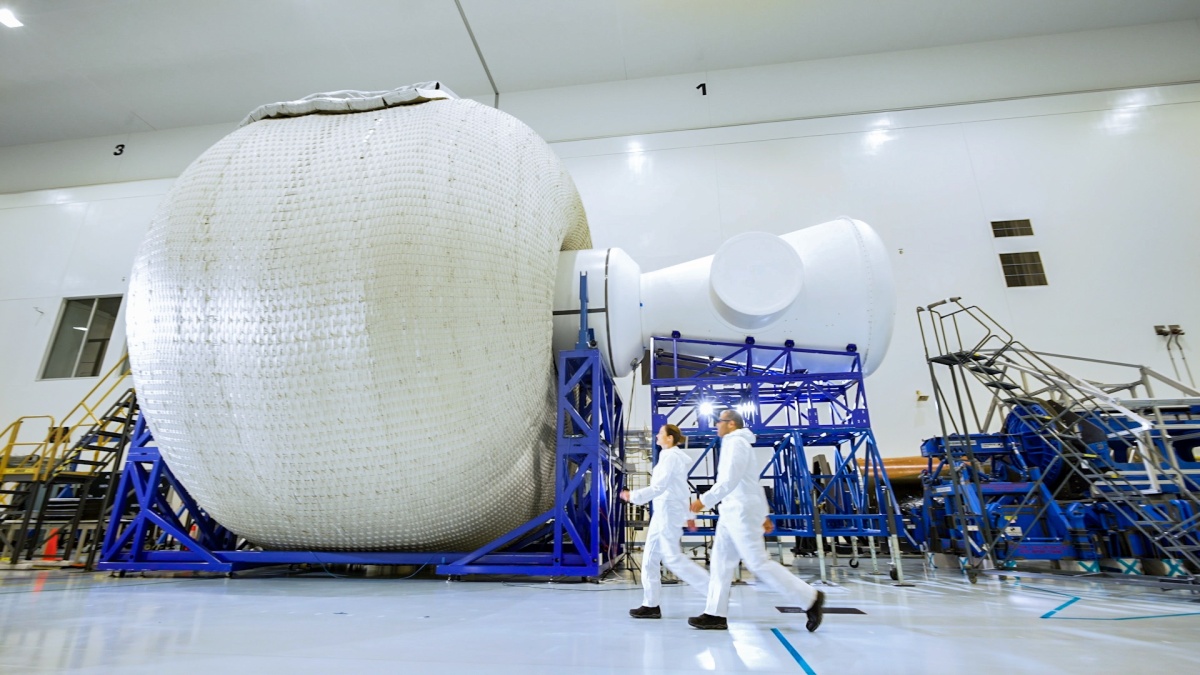 When a future house for astronauts explodes, a celebration might seem inappropriate, but engineers at a commercial space company couldn’t be prouder of their shredded outer space house.

Sierra Space, working on one of three NASA contracts to develop commercial space stations, just completed something called the “Ultimate Burst Pressure” test on a mockup of its low-Earth orbit space dwelling. The LIFE habitatshort for Large Inflatable Flexible Environment, could one day serve as rooms on Jeff Bezos’ Blue Origin space station, Orbital Reef. If all goes well, the companies hope to start building the station in 2026.

But first NASA has to run the structure through a gauntlet to ensure it’s safe for humans.

The inflatable house was pumped to its breaking point on July 9 to find out the maximum internal pressure it could withstand before failing. The test was recorded on video from various angles at NASA’s Johnson Space Center in Houston. The company released footage of the demonstration this week.

Turn up the video below for the aural experience.

The team was thrilled to learn the house didn’t pop until it reached 192 pounds per square-inch (psi), exceeding the safety requirement of 182.4 psi.

For context, the International Space Station, like airplanes, is pressurized so that the people onboard can breathe. The space laboratory has an internal pressurized volume equal to that of a Boeing 747. The normal cabin pressure is 14.7 pounds per square-inchaccording to the Federal Aviation Administration.

Sierra Space is working with Blue Origin on developing a commercial space station with a NASA contract.
Credit: Sierra Space

NASA awarded a $130 million contract to Blue Origin for the commercial space station as the U.S. space agency tries to transition to a model in which businesses own and operate destinations in low-Earth orbit and NASA becomes one of many customers who live and work in them. NASA hopes this shift will drop the cost of doing orbital science so it can focus on its human exploration missions to the moon and perhaps Mars.

The LIFE habitat is made out of a woven fabric called Vectran, which engineers say is five times stronger than steel and has protective layers against space radiation. Other required tests ensure it won’t get punctured by meteors and other debris flying about in space.

A “soft” material might not seem strong enough for the harsh reality of space or other worlds — in fact, it might seem a bit like a little pig building his house out of straw — but experts say it’s both strong and ideal for packing compact loads on rockets. Vectran is relatively light, which translates into less rocket fuel costs, and it can be easily folded like a parachute within a rocket’s nose cone. 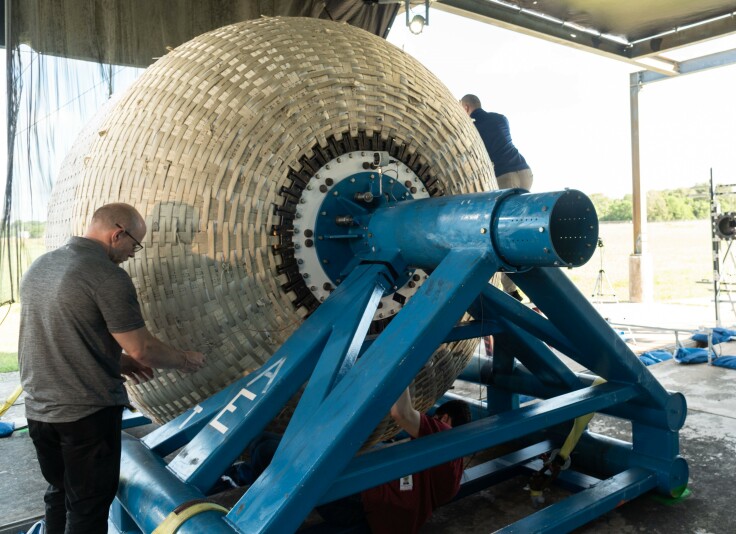 Right:
After:
The LIFE habitat popped at a pressure of 192 pounds per square inch [psi].
Credit: Sierra Space

“This material, when it’s inflated on orbit, you can hit it with a sledgehammer,” Walker said.

“You can hit it with a sledgehammer.”

Many human space exploration experts say inflatable buildings are the way of the future. Such bubble houses could be used not just for orbiting space stations but structures on the face of the moon and Mars. Just one of Sierra Space’s LIFE habitats is about one-third the size of the Space Station, Walker said.

The next step for the habitat is for engineers to test a full-scale model. One already exists at Kennedy Space Center in Cape Canaveral, Florida, but the team will build a duplicate to explode at Marshall Space Flight Center in Huntsville, Alabama, next year.