HomeTechWhat is 'Werewolf by Night'? Here's everything you need to know about...
Tech

What is ‘Werewolf by Night’? Here’s everything you need to know about the MCU Halloween special 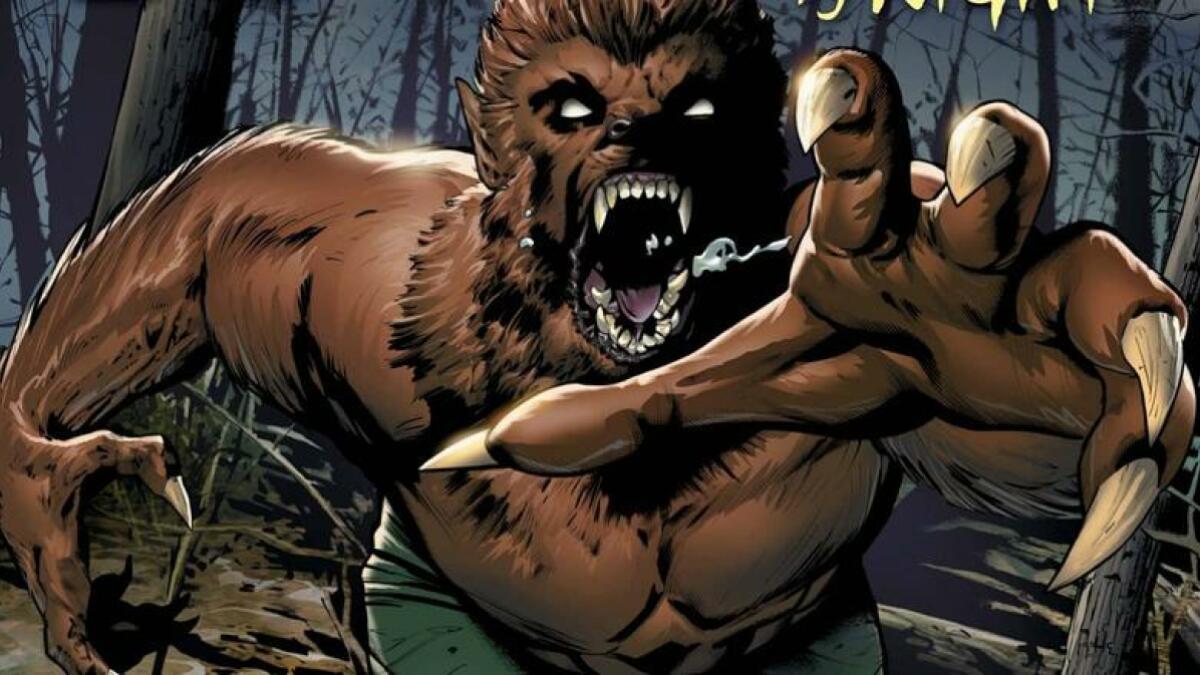 At this year’s D23 Expo, Marvel finally unveiled the official trailer for its Halloween special, Werewolf by Night. Directed by Michael Giacchino, not much is known plotwise but from the trailer, it looks to be a group of monster hunters fighting to find the werewolf among them. To a more casual fan of the MCU, you might be confused about who or what Werewolf by Night even is. The obscure Marvel hero has been around since the 70s, but here’s your chance to get to know a little more about Marvel’s howling hero before he makes his MCU debut on Oct. 7 on Disney+.

Who is Werewolf by Night

Jack Russell, the Werewolf by Night, made his Marvel debut in 1971’s Marvel Spotlight #2. And before you ask, his name is like A Tribe Called Quest or A Pimp Named Slickback — you say the whole thing. As silly as both his names sound he was actually born in Transylvania as Jacob Russoff. Rusell is a descendant of Grigori Russoff who, in 1795, was turned into a werewolf after fighting Dracula. Grigori managed to keep the curse dormant for many generations until it was reactivated by Jack’s grandfather Gregor using powers from a copy of the Darkhold (in the MCU, the original Darkhold and its copy were destroyed by Wanda Maximoff).

When under the full moon, the curse turns Gregor and his descendants into feral werewolves with supernatural abilities. This includes enhanced strength, lightning-fast agility, and a stereotypical weakness of silver. The curse was passed down from Gregor to his son Gregory and finally to Jack. When Gregory dies during one of his transformations, Jack is moved to America where his mother is later killed by the criminal Committee after learning of the family curse. In a fit of rage, Jack transforms into the titular beast to avenge his mother’s death.

In his solo series, Werewolf by Night (1972), Jack fights off supernatural threats like Dracula, while also fighting enemies that either want to steal his abilities or his family’s copy of the Darkhold. In the MCU series, Russell will be portrayed by Mexican actor Gael García Bernal, best known for his work in Bad Education and Pixar’s Coco.

The addition of Jack Russell to the MCU could mean one thing: The Midnight Sons. In the Marvel comics, the Midnight Sons are a loose-knit group of mystic superheroes working together to serve as the first line of defense against the Mother of Demons, Lilith, and her children, the Lilin. The team was first assembled in the 1990s by Ghost Riders Johnny Blaze and Danny Ketch and consisted of: Doctor Strange, Blade and the Nightstalkers (Frank Drake and Hannibal King), Morbius, Vengeance, and the Darkhold Redeemers (Sam Buchanan, Victoria Montesi, Louise Hastings, Modred the Mystic, and Jinx).

You might recognize a couple of those names currently occupying the MCU and beyond. Doctor Strange was last seen at the end of Multiverse of Madness entering a dimensional portal opened by Clea, played by Charlize Theron. The vampire hunter Blade made a brief introduction as a voice-cameo in the post-credits scene of The Eternals talking to Kit Harrington’s Dane Whitman aka The Black Knight. Mahershala Ali is set to play the iconic Marvel vampire hunter in his own solo film set to release on November 3, 2023. And then there’s Morbius, and the less said about that, the better.

Werewolf by Night doesn’t join The Midnight Sons until around 2009 in Marvel Zombies 4. Instead of the traditional Sons lineup, this iteration saw Russell team up with Morbius, Man-Thing, Daimon “Hellstorm” Hellstromand Jennifer Kale. Man-Thing will also be making his MCU debut in the Werewolf by Night special and was briefly seen in the trailer. It is yet unknown who has been cast to play the classic swamp monster.

The Midnight Sons lineup switches quite frequently in the comics, but as of now, the current team is Wong, Blade, Doctor Voodoo, Elsa Bloodstone, Ghost Rider, Moon Knight, Iron Fist, and Man-Thing. Many of these characters are already established in the MCU like Wong. The current Sorcerer Supreme has been in the MCU since the first Doctor Strange and is the current MVP of She-Hulk: Attorney at Law. Moon Knight also made his MCU debut in his solo series on Disney+ earlier this year played by Oscar Issac. Some characters like Iron Fist technically exist in the MCU canon but, beyond Daredevil, it seems the rest of the Defenders might be left to the wayside. Finally, Elsa Bloodstone, a major ally and villain to Werewolf by Night, will also make her MCU debut in the Halloween special. The immortal monster hunter will be portrayed by Laura Donnelly, who had a lead role in HBO’s The Nevers.

Werewolf by Night’s future in the MCU

Whenever Werewolf by Night is situated in the current MCU timeline is yet to be seen, but from the trailer, it has some big connections to the larger canon. Alongside the future debuts of more Sons alumni, hunters from the TVA also make an appearance in the trailer being ripped to shreds, presumably by Werewolf by Night. The appearance of the Time Variant Authorities leaves some bigger questions for the new season of Loki but it might have something to do with Jack Russell’s family history involving the Darkhold.

In any case, the field is set for another big team-up coming soon in the MCU, and Werewolf by Night may be another piece of the puzzle. How he fits into it is a mystery that’ll only be solved on Oct. 7 when Werewolf by Night begins streaming on Disney+.