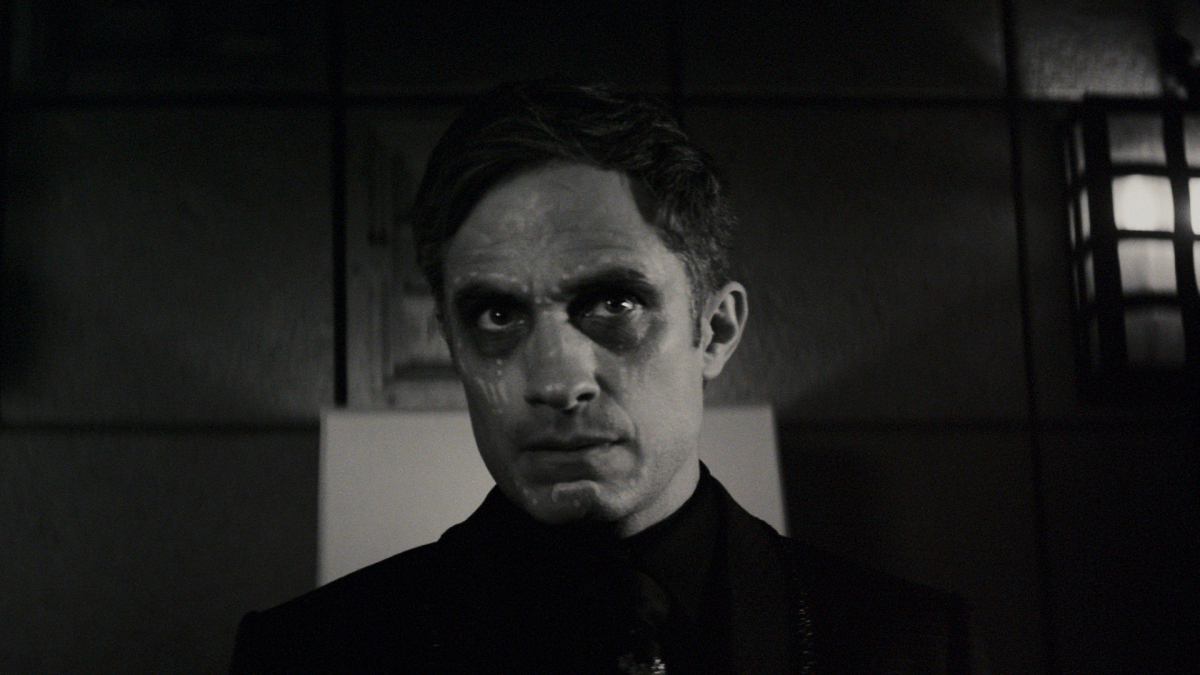 One of the oldest forms of horror cinema, monster movies often function as a manifestation of our own fears, shredding the facade and exposing who we truly are. And Marvel’s Halloween release, Werewolf By Nightuses every trick in the Hammer Horror book to weave an elegant, atmospheric, and witty creature feature.

An ode to old Hollywood horror, Werewolf By Night embodies the quintessentially Gothic traits of the classic run of monster movies known as the Hammer Horror and Universal Monsters series of the ’30s, ’40s, and ’50s: namely the Wolf Man, Dracula, The Mummy, and Frankenstein franchises. From the Marvel Studios logo shown powered by Frankenstein-style electricity to 1930s-style title credits and the whole thing being shot on black and white film (but for the coveted red Bloodstone), Werewolf By Night director and composer Michael Giacchino sets up a rollicking time for fans of old school horror.

13 best monster movies of the decade

Written by Heather Quinn and Peter Cameron, the premise for Werewolf By Night is simple: In the dead of night, a secret cabal of monster hunters are summoned to the art deco Bloodstone Temple following the death of their patriarch, Ulysses. He has long controlled the Bloodstone relic, a powerful supernatural weapon, and at his funeral, the gathered hunters participate in a ceremonial battle royale monster hunt to decide who next will wield it. The stakes are high, the players formidable, the creature initially fearsome, and one among them has a monstrous secret.

The Bloodstone hunt provides the majority of the action, set in a labyrinthine arena equipped with a Bioshock-style crackling gramophone, where Giacchino builds dread with every gorgeous frame, every suspicious stare, and his classic horror score, peaking in impressive, brutal fight scenes. The director-composer’s score has all the flurrying flutes and doom-filled horns of Creature from the Black Lagoon or The Curse of Frankenstein — there’s even a person playing a flaming sousaphone.

Taika Waititi talks about the music that influenced ‘Thor: Love and Thunder’

Production designer Maya Shimoguchi, who’s worked on Thor and Hawkeyecreates an exceptional air of self-contained, ’30s Art Deco horror elegance, all captured by director of photography Zoë White, cinematographer for The Handmaid’s Tale and Westworld. Amid all that glorious chiaroscuro, one long-shot fight scene that throws blood all over the lens is just what the Dr. Frankenstein ordered.

Playing monster-hunter-with-a-secret Jack Russell, Gael García Bernal strikes the perfect tone as Marvel’s newest lead. Russell first appeared in the Marvel comic Marvel Spotlight #2 in Feb. 1972, after which the Werewolf By Night series began in September of the same year. Bringing subtle intensity, understated silliness and bemusement, and sweet, earnest longing to control his own inner monster, Bernal is a spectacularly fun addition to the Marvel Cinematic Universe. Self-aware of his own violent potential, he takes great pains to choose peace and prevent beastly chaos as much as possible, with “systems to manage the hurt I could cause.” Jack’s transformation scene, boasting all the splendour of George Waggner’s 1941 horror classic The Wolf Manis seen in shadow, with flashing glimpses cast on the walls and the sounds of ripping, tearing, and roaring heard as the camera pans toward Elsa’s terrified face. 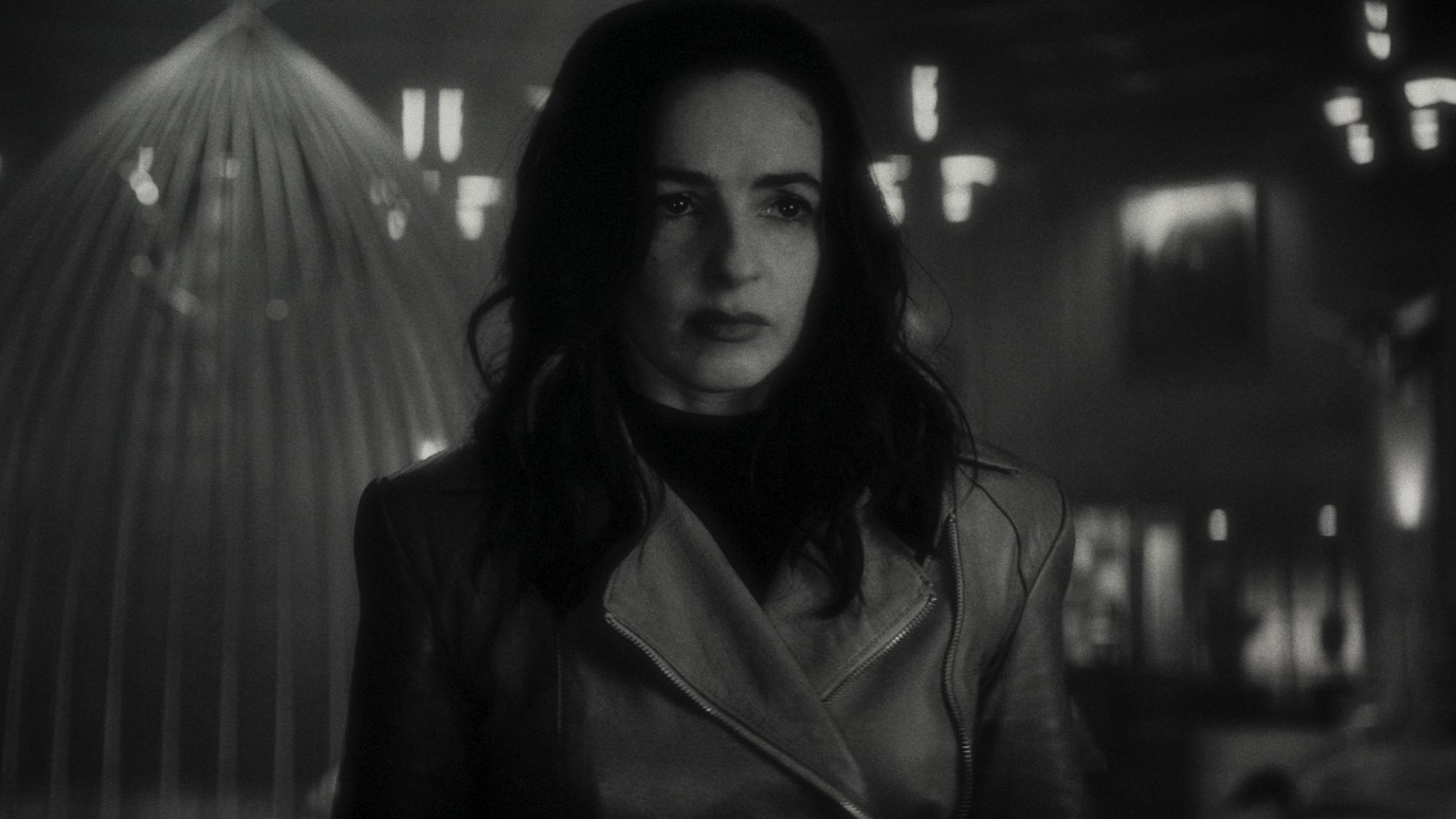 Not exactly a hunter and “the greatest disappointment of his life”, Ulysses’ daughter Elsa is here to claim her inheritance, played in classic noir-meets-Jessica Jones style by The Nevers/Outlander star Laura Donnelly. Telling other monster hunters to look for their precious hunter medallions up their own butts, Elsa gets most of the best jokes in the script. Quinn and Cameron’s script is full of hilarious asides like Jovan’s comments on Jack’s “whole look” and Ulysses’ standing coffin emblazoned with the words “this way up.” And Harriet Sansom Harris leans into the gleeful villain role as Verussa, Ulysses’ widow and mastermind of the hunt, leaving a monstrous mark in a short amount of time.

Bringing the audience from the horror movie past into the present through an overt Wizard of Oz reference playing with colour film and Judy Garland’s “Somewhere Over the Rainbow,” Werewolf By Night leaves the characters with a Han-and-Chewie level banter scene and no indication of what’s next. What this story means for the Marvel Cinematic Universe is yet to be seen, as the film takes place over mere hours of Jack Russell’s existence.

“I thought it would be so interesting if we did something that was one night in this character’s life,” said Giacchino in a press statement, “not visually connected to anything else in the Marvel universe, even though it does exist within the Marvel Universe we know and love — this character is living at the same time as Spider-Man and Captain America — we just stay with Jack’s perspective for the run of the story.” 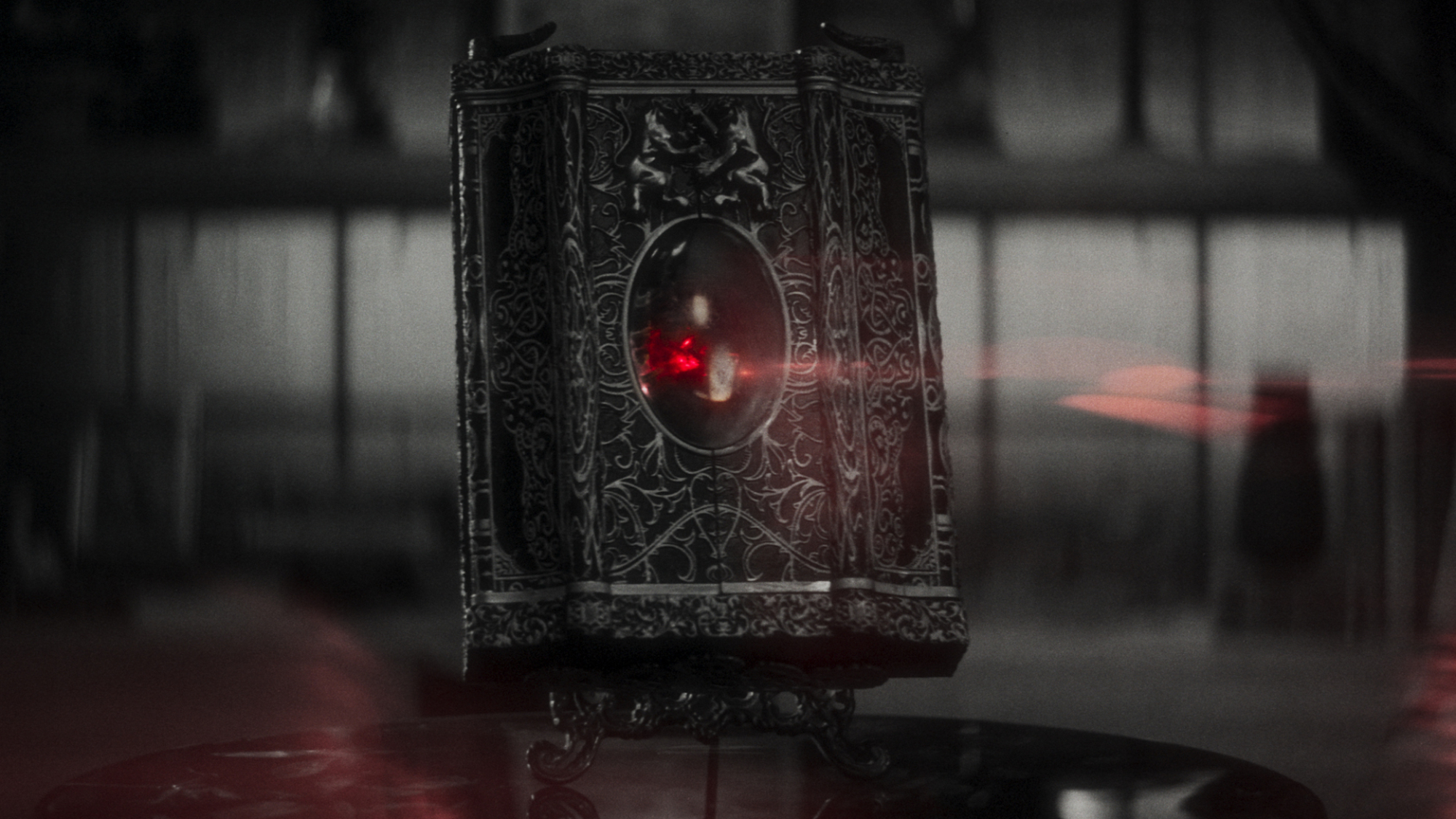 What’ll the winning hunter do with the Bloodstone?
Credit: Marvel

In the crypt, speaking to Elsa, Jack does point to his broader backstory (he’s a werewolf thanks to a pesky family curse), which leaves it open for Marvel to create a sequel. “All families have something in common,” he says. “They follow us. For good, for bad. They stay, they become an atmosphere. And sometimes we think that by doing something very specific, we can change everything and not be like them.”

Whatever happens next, Werewolf By Night is one hell of a way to spend an academically spooky hour, the perfect Halloween watch, and a breath of fresh crypt air for the MCU.

Werewolf By Night is now streaming on Disney+.(opens in a new tab)