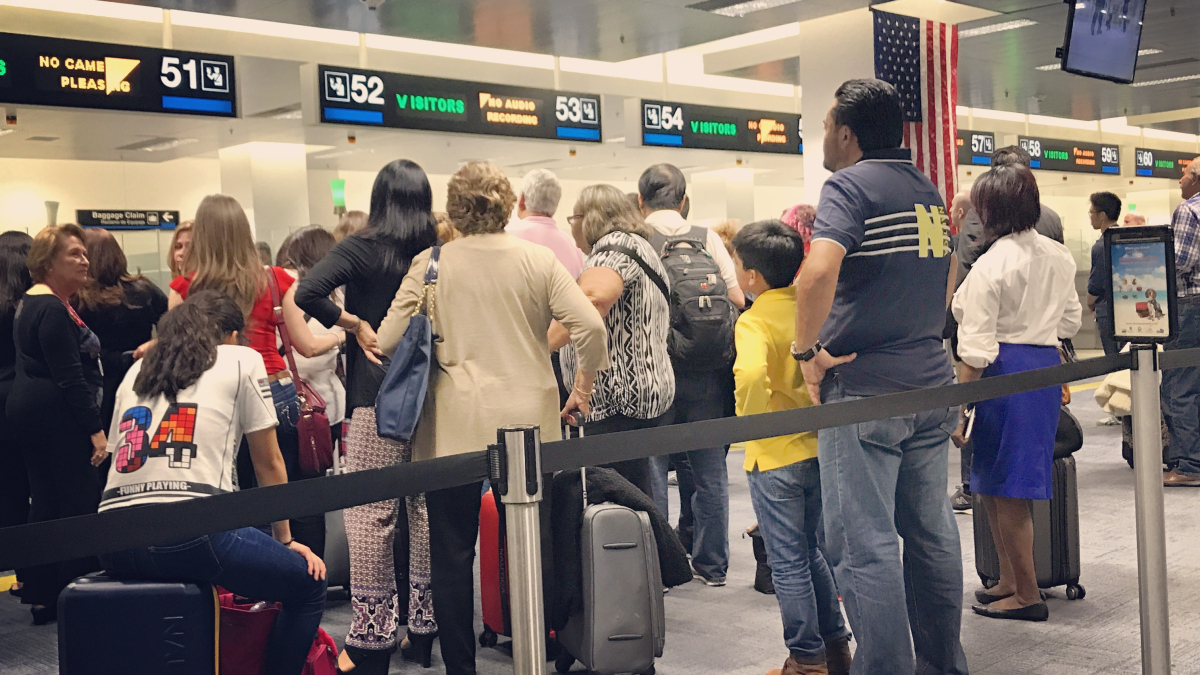 It’s a known fact to anyone who has traveled outside the country that U.S. Customs and Border Protection are exempt from needing a warrant to access phones and other electronic devices. But in a shocking report from The Washington PostUS Customs and Border Protection (CBP) leaders have admitted to lawmakers that CBP agents have been copying some travelers’ personal data and storing it in a massive database.

According to the report, this practice has been going on since 2007, with users’ personal data being accessible to over 2700 CBP agents. These agents don’t need a warrant to access the database nor do they have to record the reasoning behind why they’re accessing certain information either. Government officials add around 10,000 each year to the database, The Washington Post reported.

These details were revealed in a letter US Senator Ron Wyden of Oregon wrote to CBP Commissioner Chris Magnus. The rapid expansion of the database and the carte balance access given to CBP agents without a warrant has raised concerns with Congressional officials, according to The Washington Postas these two details were previously not known about the database.

In his letter to CBP, Wyden wrote that many travelers searched at places like airports and border crossings aren’t informed of their rights before their devices are searched.

Wyden wrote that, “Innocent Americans should not be tricked into unlocking their phones and laptops,” and said CBP shouldn’t “dump” all this ill-gotten data into a central database, only to “retain the data for fifteen years, and allow thousands of DHS employees to search through Americans’ personal data whenever they want.”

According to a CBP official who spoke to The Postthe official said that the agency’s directive gives its officers the authority to scroll through any traveler’s device in a “basic search.” Which can then turn into a more “advanced search” if they find any “reasonable suspicion” that a traveler is breaking the law or doing something that poses a threat to national security. Aaron Bowker, the CBP director of office of field operations, told The Post that the agency only copies people’s data when “absolutely necessary.”

CBP ran into some scrutiny back in 2020, when Senator Wyden pushed for an investigation into the government office’s use of phone location data. CBP admitted to spending over $500,000 to access location data mined from applications used by millions of Americans.