This drone is capable of 3D printing with incredible precision 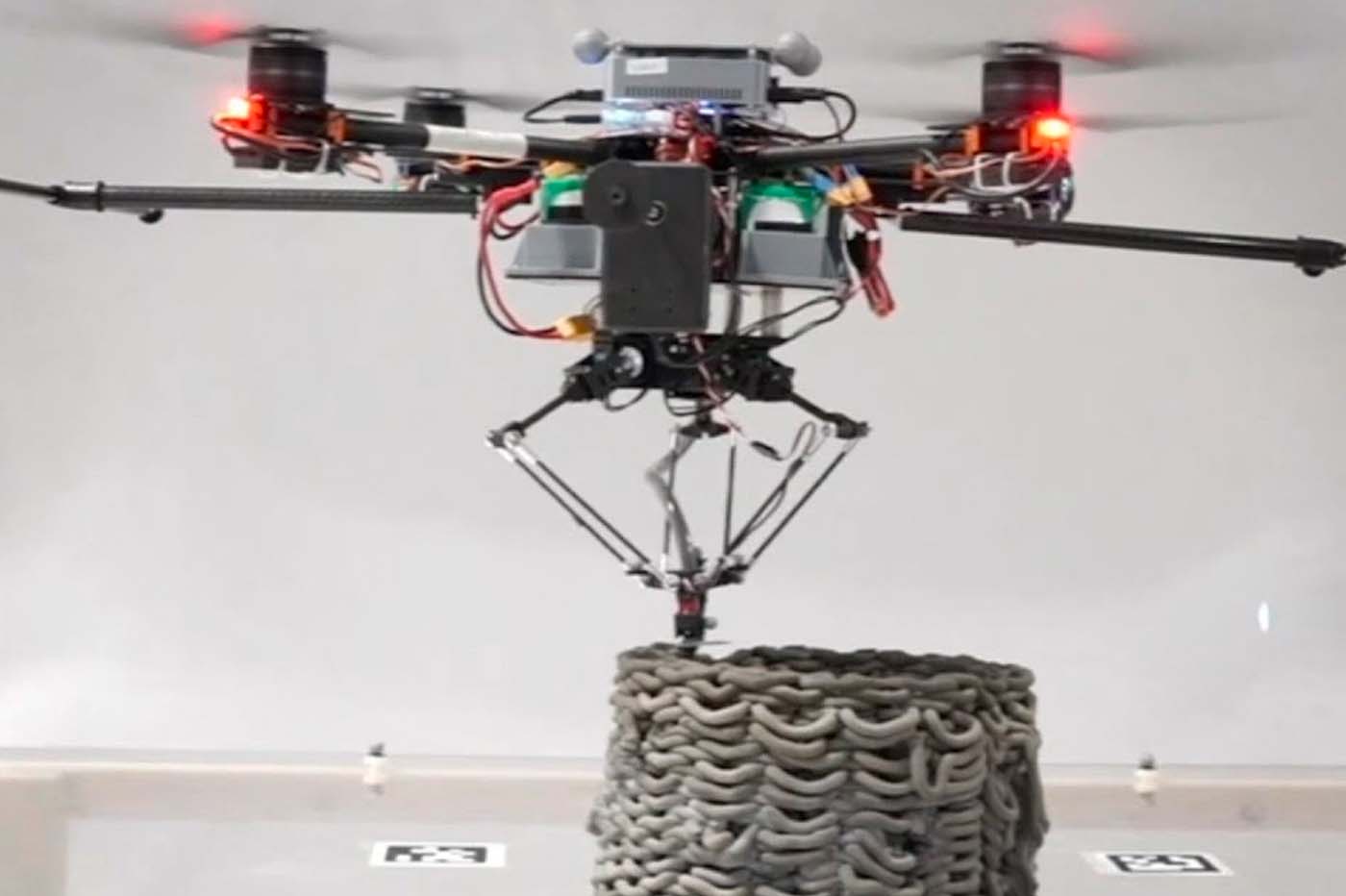 We had already seen swarms of drones build rudimentary structures by assembling kinds of bricks in a hypnotizing ballet. But never before had anyone had the idea of ​​transforming a drone into a 3D printer. Yet it is the brilliant idea of ​​British and Swiss researchers.

They say in an article published in the very serious journal Nature accompanied by the video at the end of the article (via our 20-minute colleagues) that they were inspired by the way bees and wasps build their nests, sometimes staying in the airs.

Indeed, the construction of these nests is quite sophisticated, with specialized roles. And that’s just what researchers have tried to emulate – with the ultimate dream that this technology could break housing construction costs. In addition to allowing architectural fantasies never seen before.

In addition to all this, the system could allow repairs that are currently very difficult to access to be carried out quickly – without building imposing scaffolding. One could even imagine in a city like Paris, a system of drones which audits the damage on all the historical monuments of the municipality, with immediate intervention of “drones printers” to carry out the necessary repairs almost immediately.

Thus, not all the drones in the demonstration are equipped with 3D printing heads. Some are, others are there to observe the movements of the “printing drone” in order to increase its precision. In their demonstration, the drone first attempts to print a cement tower.

Thanks to the help of other drones in the room, the precision achieved is only 5 mm. Sufficient precision to mount these structures high enough. The first “tower” that we see in the video at the end of the article is made up of 28 layers for a modest size of 18 centimeters.

But the second tower, printed with this technique in insulating foam (72 layers), reached 2.05 meters. This already makes it possible to imagine much more concrete applications. In previous similar demonstrations (the drones assembling blocks of which we speak above), the technology precisely stumbled on the question of the precision and the coordination of the drones.

Concretely, the researchers were forced to rely on a set of special sensors installed in a controlled environment so as to allow the ballet of drones to assemble the structure without a hitch. This technology may well remove this problem and usher the construction world into a whole new era.