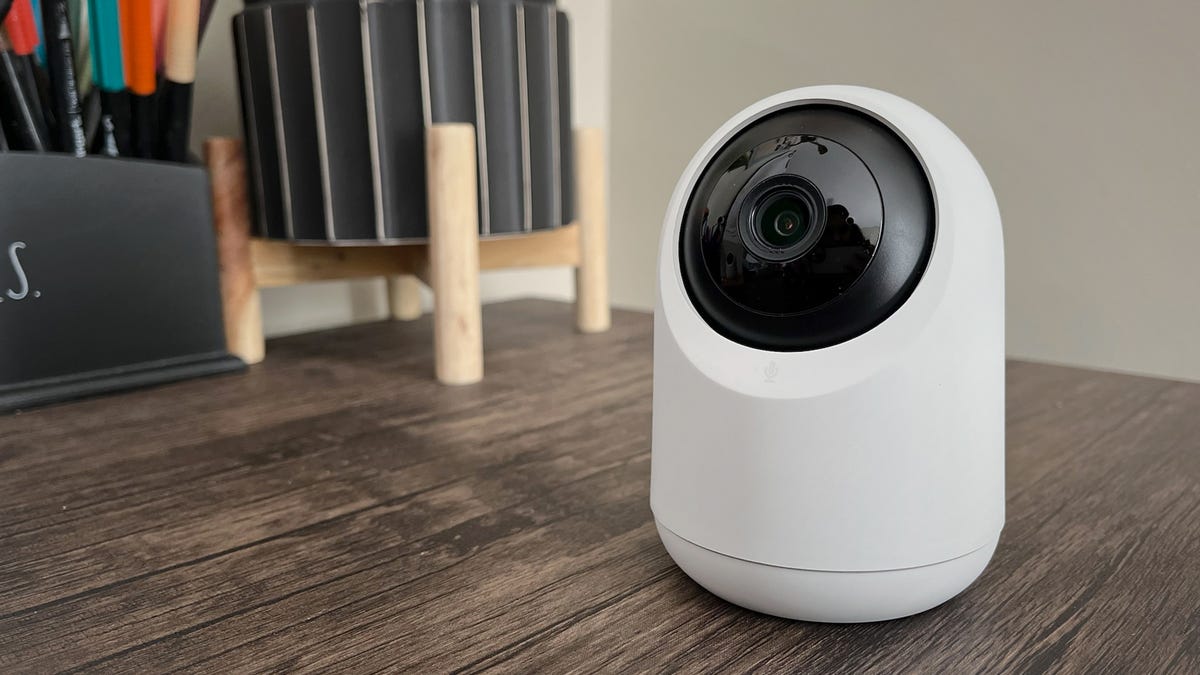 Switchbot gained most of its popularity from the release of its Smart Switch Button Pusher: An admittedly endearing device that presses buttons for you, automatically or controlled via an app, helping make outdated devices a bit smarter.

Since then, the company has widened its retrofitting endeavor to include more gadgets like its SwitchBot Curtain Smart Electric Motoran IR blasterand, more recently, a SwitchBot Wi-Fi Smart Lock that doesn’t require replacing your existing deadbolt.

Joining the ever-growing list of budget-conscious smart home products is the SwitchBot’s Pan/Tilt Cam 2K. The camera is a true upgrade to its predecessor with 2K video and an f2.0 aperture, which make for a clearer and brighter picture.The Pan/Tilt Cam’s360-degree motion tracking feature also makes it a great camera not only for home security but as a pet cam or a baby monitor.

With this indoor security camera, users can easily view a live video feed, control camera movements, and customize notifications and alert settings on the SwitchBot app from their mobile devices. If you’re away from home, you can check in from your phone and pan around to see what’s going on while you’re out, to check where your cat is, or use two-way talk to tell your dog to get out of the kitchen trash can.

Since it’s also compatible with Alexa and Google Assistant, you can add this camera as part of a routine or view the live feed in an Echo Show or Google Nest Hub while you’re home.

Setting up the robot

Out of the box, the SwitchBot Pan/Tilt Cam 2K comes with a 6.5-foot long Micro USB to USB cable and power brick, a mounting stand complete with mounting hardware, and even a template to help you measure exactly where to install the mounting plate.

When I first took the camera out of the box, it felt a bit too clunky and large. But once I got it set up and panning around, it looked like a tiny robot and, I daresay, kind of cute.

Setting up the camera was an uncomplicated affair; I simply plugged it in and the SwitchBot app on my phone quickly discovered it. Once the camera was added to the app, I was able to connect it to Wi-Fi, view the video feedback, control the camera movement, and receive motion alerts. The whole setup process took me only a few minutes.

This indoor security camera can also pan 180 degrees on both sides and tilt up and down, for complete 360-degree coverage. The motion tracking feature follows objects in motion, so you never miss a thing, whether you use it as a baby monitor, a pet cam, or as standard a security camera. Once you have it set up in the SwitchBot app, you can keep an eye on what’s important to you right from your phone, no matter where you go.

The next step of setting up the camera was figuring out where to put it in my home.

The camera itself is for indoor use only, so it’s not going to replace your surveillance system outside. However, with SwitchBot’s ecosystem including a line of other cameras and sensors, the Pan/Tilt camera can be set up as a trigger for an alarm or as a spotlight when someone walks by.

Motion detection on this camera can also trigger an audible alarm emitted from the device itself, making it useful to alert unwanted visitors as a standalone device, which is pretty handy. This is only $50 after all.

The ability to both pan and tilt in 360 degrees with motion tracking makes the SwitchBot a very versatile camera. I have a four-month-old puppy that is bound to get into everything, so I considered using the gadget as a pet cam for him, especially since he’s a wiggly one and the motion tracking will keep me in the know of any movement.

However, I also have a sunroom that I like to keep at least one camera in, so with this being a strictly indoor camera, I went with that option to start.

If you want to enable privacy mode on the Pan/Tilt Cam, you have the option to completely hide the lens downward so it’s not recording or detecting motion when you don’t want it to be.

Though I’ve only been using this camera for a bit over a week, it’s become a great addition to my smart home setup. Because it’s marketed as a pet cam, baby monitor, and security camera, I’ll make a complete review after I’ve seen how it performs at each one of those tasks.

For now, I’d say the SwitchBot Pan/Tilt Cam 2K is definitely worth the $49 price tag, even more so when you combine that with an Amazon coupon or discount. For that price, you get a device that expertly combines 2K video, motion detection, 2-way audio, expandable storage, voice control via Alexa and Google Assistant, and night vision into a 360-degree motion tracking security camera.