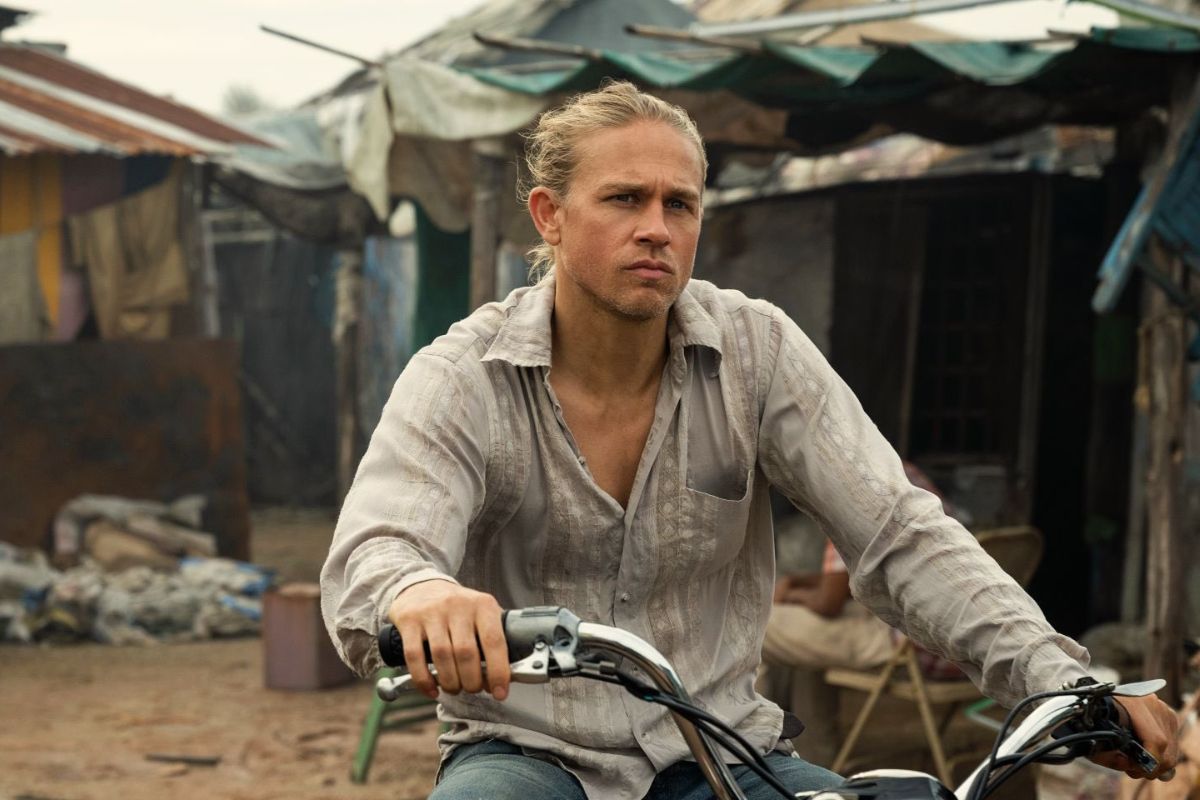 Apple TV+ has revealed the first look at Shantaram. The highly-anticipated drama series stars Charlie Hunnam (Sons of Anarchy), as he gets lost in the slums of 1980s Bombay, India, in search of freedom and love. Shantarambased on the 2003 novel of the same name by Gregory David Roberts, consists of 12 episodes. Three of which will debut on October 14, on the streaming platform, while the remaining 9 episodes drop weekly, every Friday, through to December 16.

Hunnam (Pacific Rim) plays Lin Ford, a drug-addled fugitive who escapes an Australian maximum security prison, and heads to India in the 1980s. Having sufficient experience with heroin and other substances, he reinvents himself as a doctor, thanks to a false passport, a welcome sign in the slums of Bombay. Events soon escalate as the “doctor” gets entangled with a local mafia boss, leading him to Afghanistan, where he runs a gun business to fight against the invading Russian troops.

As for the name ‘Shantaram,’ it was given to Lin by his friend Prabaker’s mother. It means Man of God’s Peace. The book also details that he becomes fluent in the local language Marathi and starts trading with the lepers. As yet, Apple has not conducted any interviews to confirm how detailed this adaptation is. Shantaram is also expected to feature a romantic angle, as Lin gets involved with Karla (Antonia Desplat), making him choose between “love or freedom”, and the complications that come with it.

In 2019, Radhika Apte (Andhadhun) was cast as Kavita Singh, an Indian journalist. As per IMDb, she will star in two episodes. At the time, Richard Roxburgh (Rake) had also been tapped for the role of Australian Federal Police Detective Sergeant Marty Nightingale, though now his name is nowhere to be seen. Instead, we have David Field (Mortal Kombat) playing a Wally Nightingale. Might this be a possible name change?

Apple had initially planned on releasing the series by 2020, but it got delayed thanks to the monsoon and then the COVID-19 pandemic. Before Apple commissioned it as a series, Shantaram was originally billed as a feature film release, with Warner Bros. taking charge of distribution. Hollywood stars such as Russell Crowe, Johnny Depp, and Joel Edgerton were attached to it, at different stages. Talks eventually broke down due to scheduling issues and studio interference.

Shantaram premieres October 14 on Apple TV+ in India and around the world.