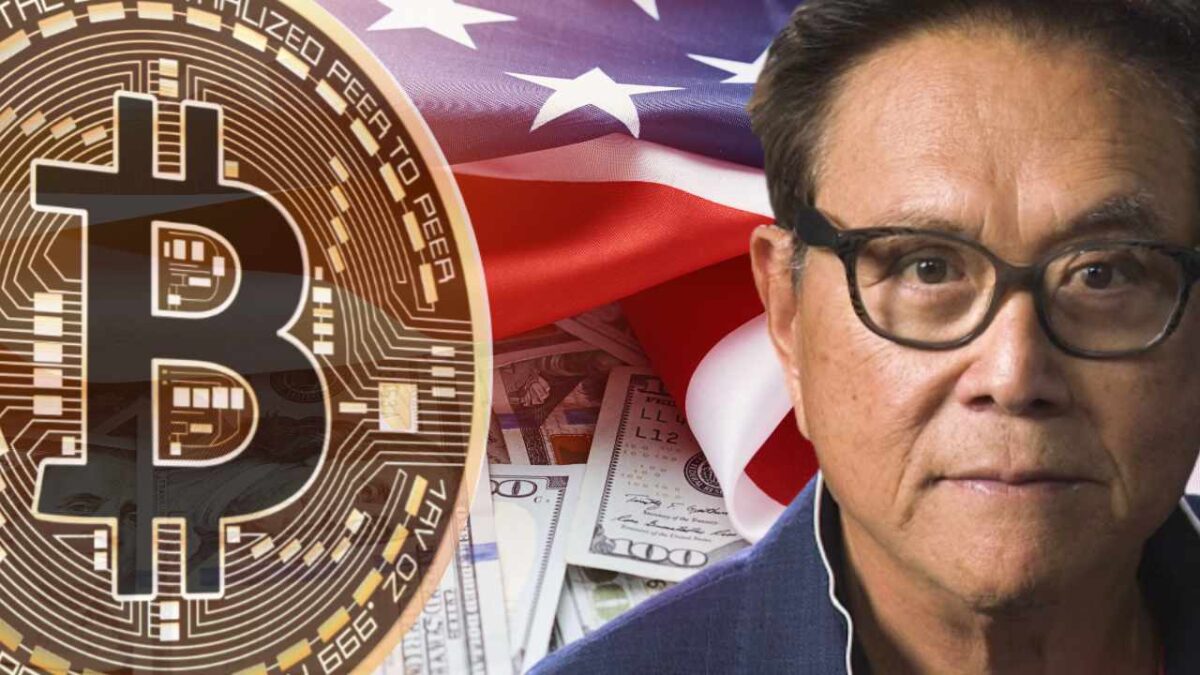 The famous author of the bestselling book Rich Dad Poor Dad, Robert Kiyosaki, claims that the Federal Reserve will destroy the American economy by raising interest rates. He advises people to invest in “real money“, citing bitcoin as an example.

Robert Kiyosaki on Fed rate hikes, the US economy and bitcoin.

Rich Dad Poor Dad author Robert Kiyosaki is back with new warnings about the US economy and advice on where investors should put their money.

Rich Dad Poor Dad is a book published in 1997 and co-authored by Kiyosaki and Sharon Lechter. It was on the New York Times Best Seller List for over six years. Over 32 million copies of the book have been sold in over 51 languages ​​and in over 109 countries.

SAVERS ARE LOSERS. 25 years ago, in RICH DAD POOR DAD I stated savers are losers. Today, US debt in 100s of trillions. REAL INFLATION is 16% not 7%. Fed raising interest rates will destroy US economy. Savers will be biggest losers. Invest in REAL MONEY. Gold, silver & Bitcoin.

Friday, Kiyosaki tweeted that “savers are losers”, and specified:

Today the american debt amounts to hundreds of trillions. REAL INFLATION is 16% not 7%. The increase in interest rates by the Fed will destroy the American economy. Savers will be the biggest losers. Invest in REAL MONEY. Gold, Silver & Bitcoin.

A number of economists, such as those at brokerage firm Nomura Securities, predict a 100 basis point hike in the benchmark rate to Fed Short Term next week. Investment strategist Ed Yardeni told CNBC on Friday that he thinks the Fed “will change its mind and conclude that maybe we have to get it over with, maybe 100 basis points instead of 75 basis points. And then maybe a further rise after that“.

Some people, such as the CEO of Tesla, Elon Muskand Ark Invest CEO Cathie Wood have warned that a significant Fed rate hike risks causing deflation in the US economy.

Kiyosaki repeatedly warned that biggest crash in history world was imminent. In April, he said all markets are collapsing. He has already recommended gold, silver and bitcoin. However, he recently said that gold is expensive and called silver the best investment today.

Last week, he urged his mailing list subscribers to get into cryptocurrencies now, ahead of the biggest crash in global history.

The famous author has been advising investors to buy bitcoin for some time, saying for several months that he waits for the price of the cryptocurrency to bottom out before entering it. After revealing that he was waiting for BTC to test $1,100, he said in July that he was in a cash position ready to buy the cryptocurrency. Bitcoin is trading at $20,103, down 6% over the past seven days and down 14% over the past 30 days.