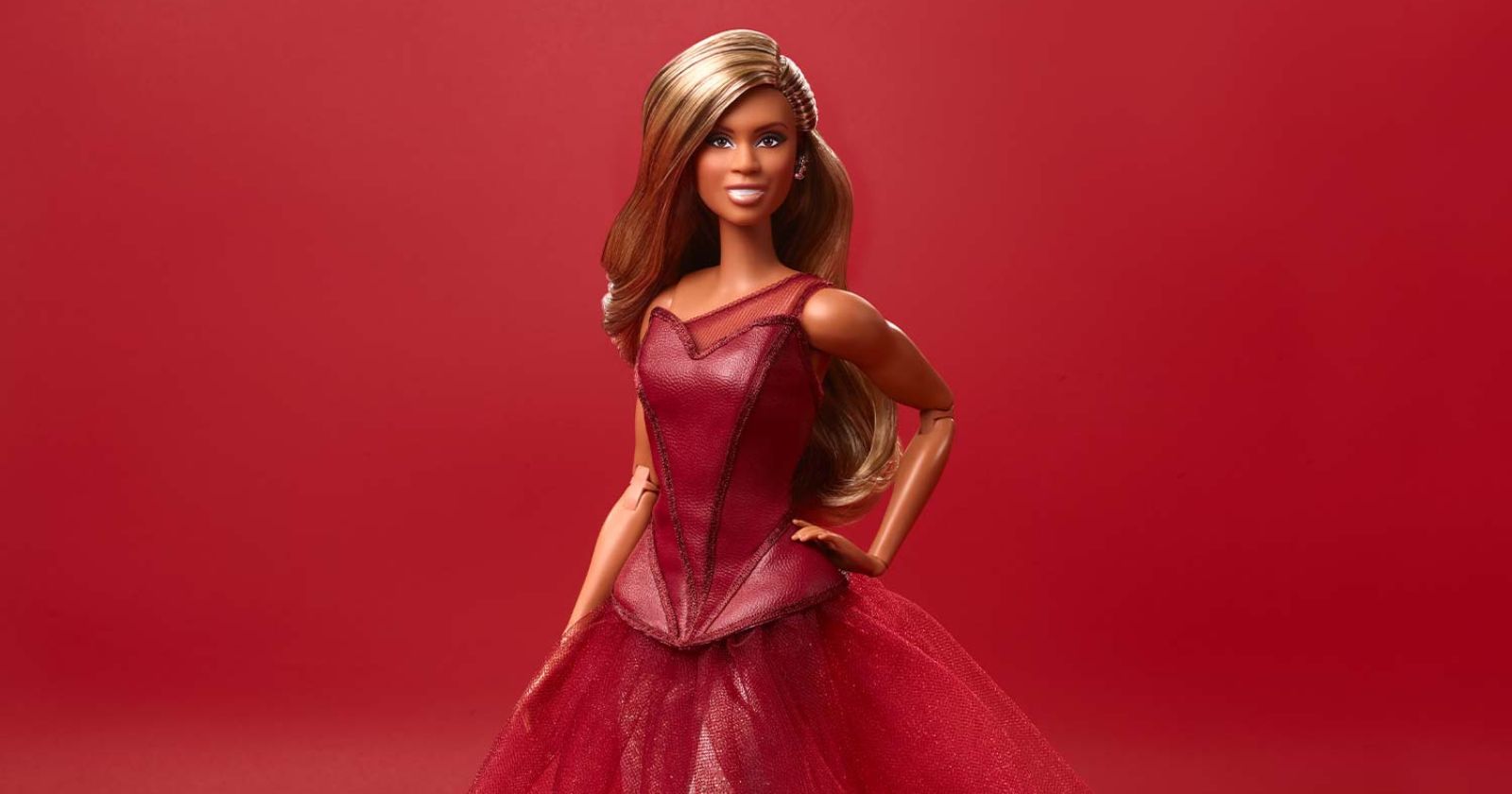 The most famous doll in the world is once again making history with the creation of a Barbie in the likeness of Laverne Cox, American trans actress, notably known for her role in the Netflix series Orange is the new black. This is the first time a trans personality has received such an honor, 63 years after the creation of Barbie. But this real progress for the representation of trans people should not mask another reality: in Mattel factories, working conditions are far from being celebrated in the media, alert several NGOs.

“Pioneer. Icon. Activist. In honor of her 50th birthday, Barbie is thrilled to welcome Laverne Cox as the new Barbie doll from her tribute collection, acknowledging her impact in TV, film, fashion and the LGBTQ+ community.” Here are the words written on the Instagram account dedicated to the famous doll, this May 27. Barbie has just released a new figurine of the American trans actress, Laverne Cox, known for her role in the hit series Orange is the new black (Netflix).

The main interested party has also communicated her enthusiasm at the idea of ​​joining an already long list of personalities whose image has been borrowed by Mattel, the company which manufactures the most famous dolls in the world: “What excites me the most about her presence in the world is that young trans people can see her and maybe buy her and play with her, and know that there is a Barbie made by Mattel, for the first time, in the image of a trans person”she explained to People.

This promotion of a trans personality, known to the general public, is indeed important. Trans people, especially children, face many threats in the United States, Laverne Cox points out in her press release. As reported Committeesseveral bills tabled in South Dakota, Arizona or Oklahoma, wish to prevent the youngest from asserting their gender identity or even from reading books whose subjects would be “sexual preferences” or “gender identity”.

In France, anti-trans discourse is also increasing in the mainstream media, fueling confusion between gender identity and sex attributeswhich details miss in this article. More recently, a general panic seems to have taken possession of certain newsrooms (Le Figaro, The Parisian, Marianne…) with articles on youth transitions and their “irreversible” nature. However, as Marie Zafimehy (journalist and author of the Gender Explained) in a Twitter thread, these transitions are not irreversible:

What is real, however, are the suicides that affect the trans and queer community in France and elsewhere. In question ? The lack of information, lack of support and stigmatization of trans people. In 2021, at least 375 trans people were murdered worldwide, can we read on Stubborn. More recently, in Le Mans, a young 15-year-old trans high school student killed himself in his establishment, still reports Stubborn.“Suicide rates among trans youth are delusional: 7 to 10 times higher than cis youth”recalls the OUTrans association on its site internet.

A Barbie normalizing transidentity can thus have a positive impact on society as a whole: it allows trans children to identify with a doll which, since its creation, reflects a standardized image of women despite the creation of more and more models “diversified” such as the model in a wheelchairwithout hair or the one with the image of the Japanese tennis champion Naomi Osaka.

But the presence in the toy shelves of a miniature Laverne Cox also allows children, whatever their gender, to be made aware of the plurality of identities. “That in this environment where trans children are under attack, it can also be a celebration of trans identity, and also a space to dream, understand and remember that trans identity is something beautiful. That there is hope and the possibility for them to be themselves”s’enthousiasme Laverne Cox.

A point of view that applies to all of the dolls in the “Barbie Signature” collection, which celebrates women and their positive impact on society. Like the black poet Maya Angelou, the lesbian tennis champion Billie Jean King, or the deaf and blind activist Hellen Keller. Price of a doll: 40 dollars (about 37 euros).

A gap between Mattel’s speeches and working conditions in factories?

Faced with these positive actions for the representation of diversity among young audiences, Mattel has however been attacked for several years by NGOs. The latter denounce the working conditions of workers who manufacture Barbie dolls in the company’s factories, located in China.

In their latest reports published in November 2019 and December 2020, ActionAid and China Labor Watch write that the new direction Mattel is taking for its Barbie dolls “has boosted Barbie sales, but the gap between Mattel’s rhetoric and the working conditions of the women who produce Barbie dolls is all the more shocking”.

The two NGOs detail in their reports the results of their surveys carried out on several sites of the Mattel group: salaries “below a living wage”extended working hours, production rates “far too high” as well as a lack of protection against chemical substances handled by workers or the trivialization of sexist and sexual violence.

NGOs have been alerting Mattel for 20 years, and since the publication of the first investigations, some valuable changes have been noted within the company’s factories: “Chinese labor law requires companies to take out social insurance for all workers, in addition to the housing provident fund”can we read in the report dating from 2019. “Social insurance covers maternity, old age, unemployment, accidents at work and sickness”. In their 2019 report, ActionAid and China Labor Watch indicate that the workers of the factory surveyed have access to this social insurance, after one month on site.

Mattel also defended itself in the columns ofFemininerecalling the existence of its “Code of Conduct”, described as “strict” by the company.

“At our production sites in China, we conduct anti-harassment training, train our employees in the process of reporting workplace concerns, and also have a hotline for our employees to report anonymously any harassment, or other complaints. If we receive a report of harassment, an investigation is immediately conducted and we take the necessary measures based on the conclusions of this investigation. In addition, the ICTI’s Ethical Toy Program carries out audits of our factories to ensure that standards related to safety and the working environment are respected.”

Contacted by telephone, ActionAid France explains for its part that it is not “satisfied” of this answer and considers ICTI’s Ethical Toy Program (theInternational Council of Toy
Industries) as “the right arm of China’s toy industry lobby”. Despite its concerns, the association explains that it has paused its investigations with China Labor Watch. In question ? “It is more and more complicated to investigate on the spot.”

Lisa McKnight, Executive Vice President and Global Head of Barbie and Dolls at Mattel, said of the new Laverne Cox doll: “We are proud to highlight the importance of inclusion and acceptance at any age and to recognize Laverne’s significant impact on culture.”

Hoping that the practices denounced by the NGOs internally evolve in the same way as the facade of a company whose influence is great. 80 million dolls are sold each year in more than 150 countries around the world.

Did you like this article? Discover another decryption of a communication operation, signed L’Oréal: Kate Winslet removes makeup for L’Oréal Paris: a sincere or opportunistic campaign?