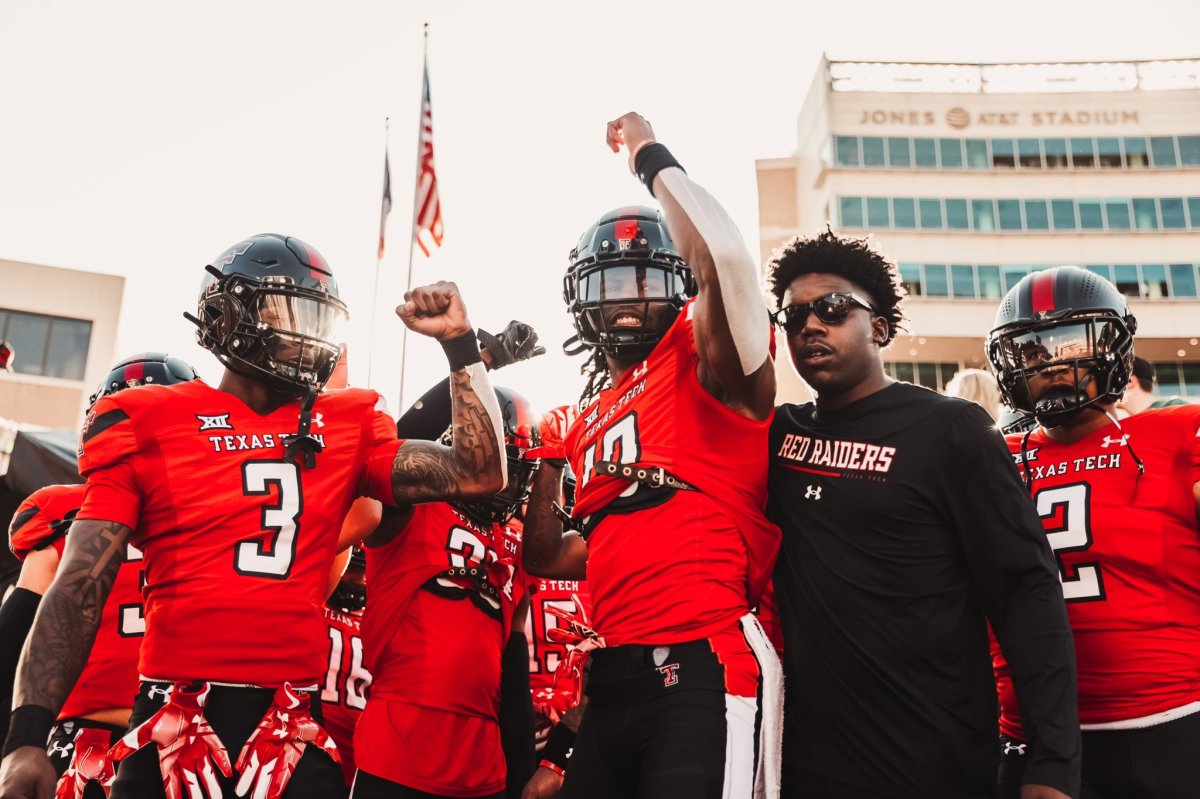 What a game. What a weekend really. The college football world got shaken up this Saturday and Texas Tech played a part in that chaos, knocking off 25th-ranked Houston at home in double overtime.

Sophomore quarterback Donovan Smith led the way for the Raiders and, although he struggled in the second half, was able to run in the winning score for Tech.

It’s the second year in a row that Texas Tech has taken down a top 25 Houston team and the Raiders own the bragging rights for another year. It wasn’t all good news for Tech though, as they had their own woes on the offensive line and in the turnover battle.

Houston was inches away from stealing this game more than once. Still, coach Joey McGuire has to be pretty excited about his first two games at the helm in Lubbock.

Sophomore quarterback Donovan Smith got his first start of the year in this one and things looked promising early. He entered halftime with over 200 yards and two touchdowns through the air, having led Tech to a commanding 17-3 intermission lead. The narrative was reversed in the second half when Smith threw two interceptions and Houston charged back to take a 20-17 lead. Smith then led the Red Raiders down the field to the game-tying field goal.

In overtime, Smith looked like the first-half version of himself. The Raiders were able to come back and win 33-30 in two overtimes on a scrambling touchdown from Smith himself. The sophomore finished with 379 total yards, two touchdown passes, and the game-winning rushing score.

When Tyler Shough’s time is done in Lubbock, Smith is definitely the quarterback of the future for Tech, but there’s still some polishing to be done.

One of the reasons Smith played so much worse in the second half was that Houston really dialed up the pass rush later in the game. The. Cougars were able to total five sacks against the Raiders and it was because Tech’s offensive line looked completely outmatched.

Nearly every play that a poor throw that came out of Smith’s hand, there were Cougars draped all over him. The Raiders are going to need to shore up that front five as they enter conference play this fall.

The line looked much more secure in overtime, but that may be due to Houston losing their legs late. Regardless, the Raiders have some serious work to do in the trenches.

Texas Tech running backs only posted 76 yards on the day, including overtime. A lot of that, again, falls on the offensive line. Tahj Brooks carried the ball 16 times and made very little headway, only totaling 67 yards.

As ineffective as the run was, it didn’t look like the Raiders even really tried to run it. In fact, their leading ball carrier was their quarterback Smith, who toted the rock 19 times on the ground.

Brooks was able to score in overtime, which begs the question; why didn’t they run it more? Perhaps Tech knew that their offensive line was overmatched, but having almost no balance makes their job that much harder. When all was said and done the Red Raiders threw the ball 59 times.

This game likely never would have made it to overtime if the Raiders hadn’t missed two field goals early. Kicker Trey Wolff was able to send the game to overtime with a late kick but pushed one earlier that would’ve given Tech a much-needed cushion.

Wolff was able to bounce back though and didn’t miss again for the rest of the evening, possibly solidifying his spot as the go-to placekicker.