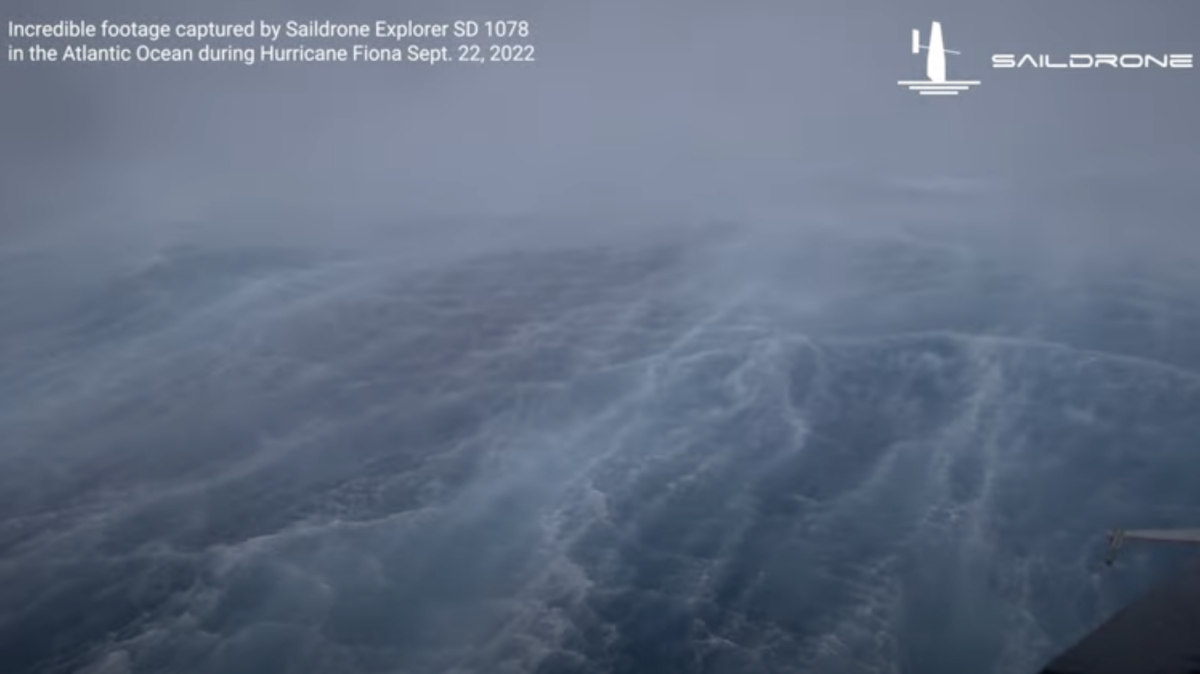 We can now see violent hurricanes like never before.

Hurricane scientists have started a research campaign to send marine robots into the heart of churning cyclones. The unprecedented missions aim to improve researchers’ understanding of how hurricanes rapidly intensify into monstrous storms with destructive winds and deadly flooding.

Most recently, the innovative collaboration between the U.S. National Oceanic and Atmospheric Administration (NOAA) and Saildronethe company that engineers the innovative sailing drones, sent a robust robot into Hurricane Fiona, the furious tropical storm that deluged Puerto Rico and is now headed toward Canada’s east coast.

The 23-foot-long Saildrone met 50-foot waves and winds exceeding 100 mph, which you can see in the Sept. 22 footage below. And that’s precisely what these machines are designed to do: Gather data in all parts of the storms, including the hurricane’s eyewall — where winds are the strongest.

“We want to go straight through — we want to go through the eyewall,” Gregory Foltz, a NOAA oceanographer who’s working on the mission, told Mashable last year.

Why the U.S. will get a whole lotta sea level rise

Warm ocean waters, greater than 80 degrees Fahrenheit, are fuel for storms. The Saildrones will help researchers better grasp how oceans transfer this heat and energy to storms.

As Mashable previously reported, of particular interest to storm researchers are the conditions that stoke tropical storms to “rapidly intensify,” meaning a storm’s winds increase by at least 35 mph in a 24-hour period. For communities, stronger storms bode more destructive winds and higher coastal storm surges — dangers everyone in them would benefit from knowing about.

Crucially, intensification events are growing more common. “The frequency of rapid-intensification events has increased over the past four decades, and this increase has been linked to climate change,” Jim Kossin, an atmospheric research scientist at NOAA, explained in an agency Q&A last year. Indeed, the seas are now relentlessly warming. They soak up most of the heat civilization is trapping on Earth.

As the surface temperatures of oceans warm, hurricane scientists don’t expect more hurricanes overall, but expect storms to grow more powerful (though certainly not always). Already, the frequency of strong Atlantic storms (Category 3 or higher) have increased since 1979.