HomeGadgetsNintendo and Apple dominate the list of the 10 most expensive vintage...
Gadgets 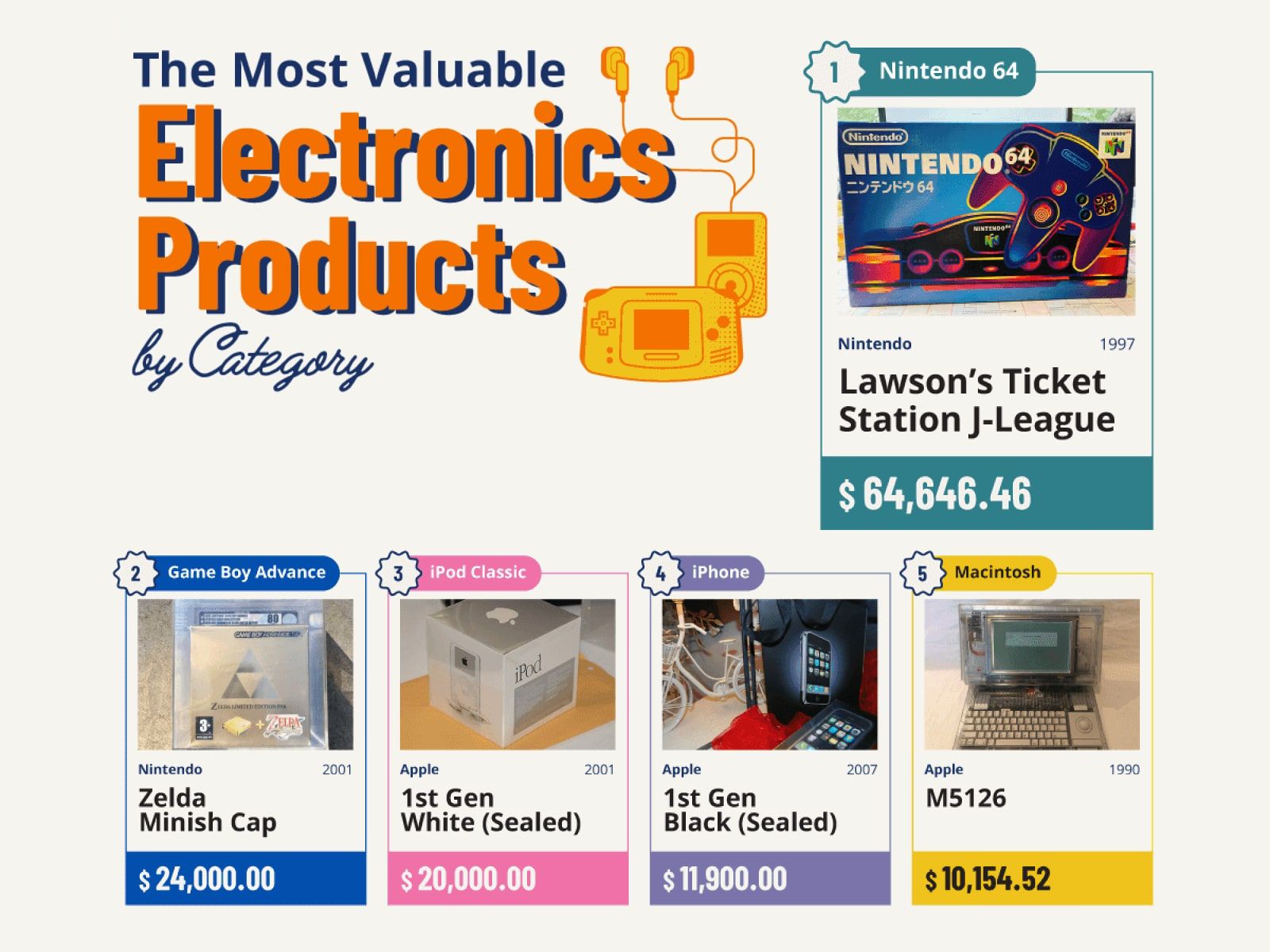 A sealed, original, first-generation iPhone recently sold at auction for almost $12,000, but did you know that other vintage electronics can fetch much more. If Apple places several products in the top 10, Nintendo is not to be outdone and even obtains the first place with a special edition of the N64 which was exchanged for almost 65,000 dollars.

A new study by SimpleGhar analyzed the selling prices of older iPhones, iPods and Macs to find which ones are worth the most money today. Apple’s most expensive product is a first-generation iPod. This iconic MP3 player, with just 5GB of storage, sold for $20,000 four years ago.

Although 1997 was the year of Amazon’s IPO, some of the best investments of that year were made in the video game aisle. This was the year Lawson’s Ticket Station J-League Nintendo 64 first went on sale, priced around $200. Some 25 years later, the rare model of the N64 has sold for $65,000, far exceeding the return to early Amazon investors.

To determine which old electronics are now worth a fortune, Simple Ghar reviewed hundreds of old electronics auction listings on Mavin, a search engine that provides real-time value data. of your collectibles. Several units were collected for each product category. Consumer electronics have been categorized by their most recent sale price. With the exception of game consoles, only electronic devices sold individually were included.

While some vintage electronics are prized for their premium parts and components, others are prized for purely nostalgic reasons. The iPhone 3G, for example, is inferior to most cell phone models in all major technical specifications: less memory, very low resolution, very slow processing speeds and too short battery life. Yet in 2019, an 8GB iPhone from 2008 sold for $1,400 at auction, more than the last one iPhone 14. Attention, for this, the device must still be in its original box and unopened.