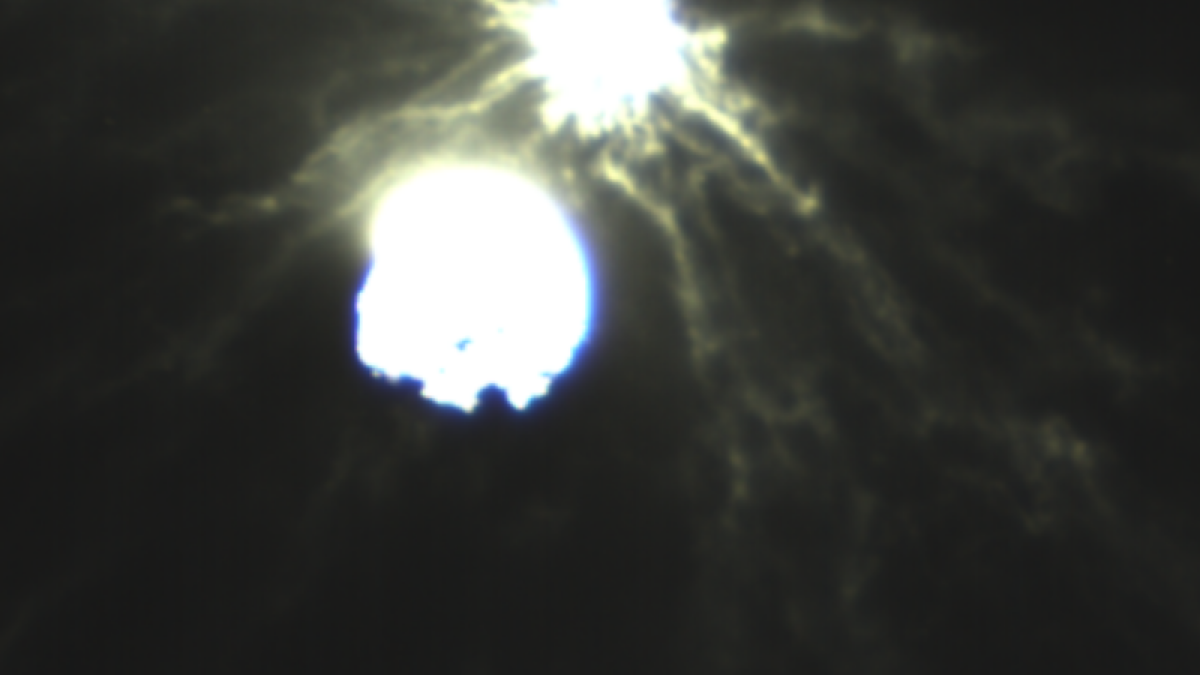 A NASA spacecraft intentionally slammed into a stadium-sized asteroid on Sept. 26 — possibly giving the space rock its worst day of the last 1,000 years — and then the paparazzi showed up.

LICIACube, a satellite the size of a breadbox provided by the Italian Space Agency, arrived on the scene of the crash three minutes later, taking pictures of the impact and debris plume. The images, combined with data from a follow-up European space missionwill help scientists prepare to intervene if an asteroid ever threatens to hit the planet in the future.

It took less than 24 hours for the first images from LICIACube (Light Italian CubeSat for Imaging of Asteroids) to be returned and processed. The Italian agency released before and after shots on Sept. 27, showing the dramatic flash produced by NASA’s DART mission. Many more images are expected to follow over the coming days and weeks.

Boom! NASA just slammed into an asteroid and filmed the crash

The 1,300-pound NASA spacecraft self-destructed by ramming into a harmless asteroid shortly after 7 p.m. ET on Sept. 26. The high-speed crash was in the name of planetary defense, part of the U.S. space agency’s Double Asteroid Redirection Test, or DART.

It was the first time in history humans have ever tried to alter the path of an asteroid, a flying chunk of rubble left over from the formation of the solar system about 4.6 billion years ago. Scientists are monitoring the orbits of 30,000 large objects in the solar system that travel near to Earth (within 30 million miles) and estimate there could be 15,000 more waiting to be discovered.

Most of the time, these ancient rocks pose no danger to Earth, including Dimorphos, the one NASA just used for target practice about 6.8 million miles away. But at least three have caused mass extinctions, the most infamous of which wiped out the dinosaurs.

Scientists won’t know for sure whether they achieved their main goal of moving Dimorphos for a couple of months. They must analyze its new trajectory and speed with ground-based telescopes around the world.

“I don’t think any of us named the spacecraft.”

From the beginning, the spacecraft headed toward the egg-shaped rock was destined to be destroyed. For that reason, the mission operations team at Johns Hopkins Applied Physics Laboratory in Laurel, Maryland, tried to never get too attached to their flying machine. They cheered when they lost its signal.

“I don’t think any of us named the spacecraft,” said Ed Reynolds, project manager at the laboratory.

Check out the before and after views, side by side. The images show Dimorphos, a moonlet orbiting a larger asteroid named Didymos, getting super bright post-collision.

Fifteen days prior to the collision, the spacecraft deployed LICIACube, which has its own propulsion system, an autonomous tracking system, and two cameras, nicknamed Luke and Leia to document the impact of the, er, impact.

During a press conference on Sept. 27, Elisabetta Dotto, LICIACube science team lead, said in Italian that the little flying instrument trolling the collision site is already revealing itself to be a scientific success.