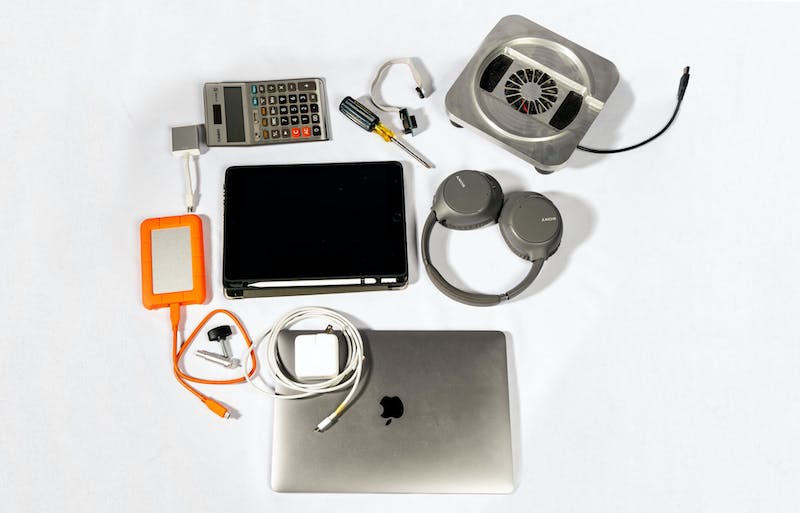 In fact, Michigan State requires all students to have one. However, it can initially be difficult to find one that best suits a student’s major and personal preferences.

Here are some common questions incoming students have about devices answered by MSU Tech Store employees and current students.

“If you’re comfortable with Mac and it’s not going to limit your accessibility to what you need to do, then go Mac all the way, and same thing with Dell,” Bowmer said.

However, a student’s major may come into play. Students taking courses with work that requires more intensive programs might run into some compatibility issues with a Mac.

“You’d be more likely to run into those issues if you were using … something like MATLAB or even some of the coding-like applications like Eclipse and stuff like that,” Bowmer said. “That might not run as well on a Mac device as it would on Windows.”

Bowmer said Mac is a good choice for students whose work doesn’t require these high-powered programs, such as those studying nursing, business, graphic design and other arts. He recommends the MacBook Air as a starter laptop for students beginning their studies.

For students taking courses that do require these programs, such as engineering and computer science, he recommends choosing a Dell over a Mac. More specifically, he recommends the Latitude 7420, which has two-in-one capabilities, meaning it can fold in half allowing students to take notes during class with a Dell Active Pen.

Mechanical engineering junior Ryan Leinweber uses a Dell G7 computer for his classes but believes when it comes to picking a computer for school, it comes down to personal preference.

“I have a friend who has a MacBook and we do the exact same thing and he seems to enjoy it,” Leinweber said. “I guess it really just comes down to personal preference, but I’ve never had any problems with my computer, and it definitely does the job that it needs to do.”

Computer science junior Duncan Stewart uses an XPS 13 Dell Computer that works great for his classes. However, he also agrees that people should pick the computer best for them.

When making a selection it’s important to find something that suits your preferences, but it also doesn’t hurt to check with professors as well as advisors beforehand to make sure your device can load the programs you will need.

“We do have past experience with the Microsoft Surface team, and both from our experience and our customers’ experience, it was generally not a comfortable experience to work with Microsoft customer service,” Liang said.

“Tablets are usually convenient for taking notes in class, but if you need to work on projects, you will definitely need a laptop,” Liang said. “For example, most (professors) require you to do lab work – and it’s really hard to do lab work on tablets.”

Mechanical engineering junior Simon Sajan says he recommends a device with the ability to take notes.

There are so many drawings in a lot of engineering classes like diagrams,” Sajan said. “It makes it really easy to like just erase and like redraw if it wasn’t like the way it’s supposed to be or if you want to change something, versus like on paper, you erase it and it looks like pretty messy.”

Electrical engineering senior Kyle Heslop has a Dell desktop computer he built, as well as a Microsoft Surface Go tablet with an attached keyboard. Although his tablet works sufficiently for note-taking, he does prefer to run higher-intensity programs on his desktop.

“My tablet takes a little bit on some of those programs,” Heslop said. “If I can work from my desktop at home, I would but it does run the programs and it does good enough, it will get the job done.”

In order to complete work in their classes, students will need access to Microsoft Office Pro. Luckily, this is something the university provides so all students need is their MSU login to access it.

“As soon as you are enrolled at MSU you are provided with a university email account and with that email account you have free access to Microsoft 365 package including Outlook, Word, Excel and OneDrive,” Liang said.

OneDrive is where students are able to store and save their work. Once it’s saved there, they can then upload it to the Desire To Learn, or D2L, website and submit it for a grade in each respective course.

“One notable thing is that OneDrive comes with five terabytes of storage and you can get access to this whole package by going to spartan365.msu.edu or downloading a local version from that website,” Liang said.

Share
Facebook
Twitter
Pinterest
WhatsApp
Previous articleFive not-so-gimmicky devices you’ll want to pack in your suitcases this summer
Next articlePC gamer screen: the excellent Huawei Mateview GT 27-inch QHD is only €249 for the start of the school year