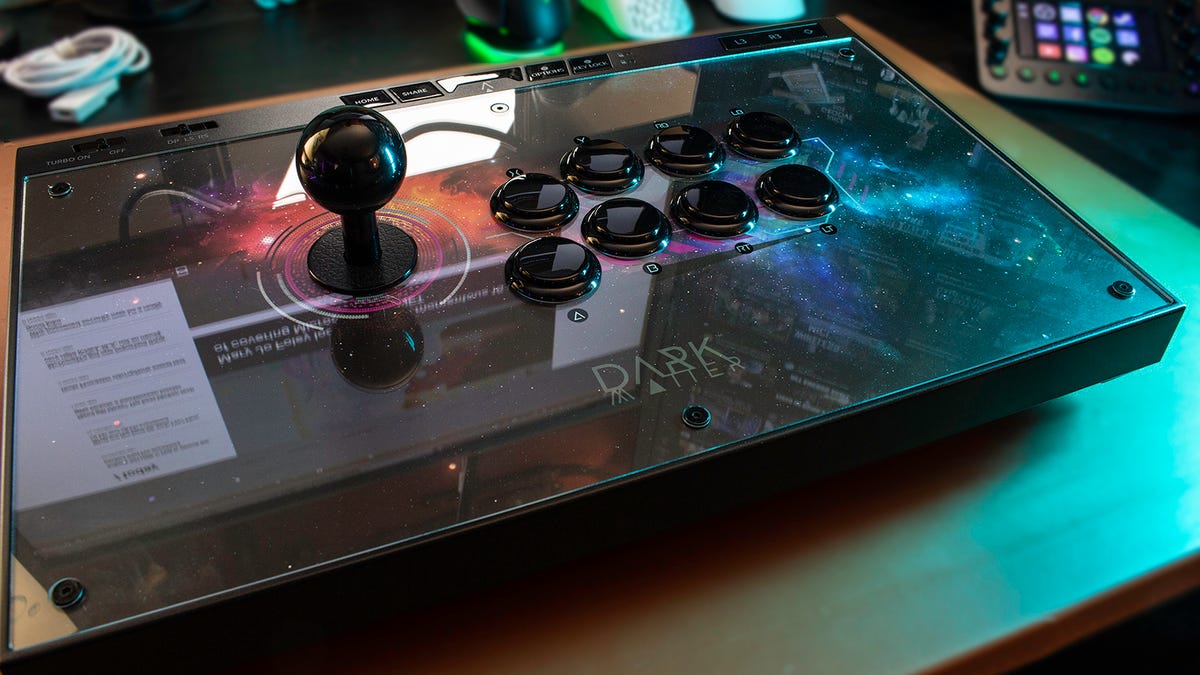 While some at-home fighting game players are completely comfortable relying on standard gamepads for their pummeling needs, others prefer the original, arcade-like experience of using a fighting stick.

Among those enthusiasts, it’s very popular to take things a step further by modifying their fight sticks to suit their exact preferences for feel or looks.

Tweaks like different buttons and differently shaped gates for the control stick itself (more on this later) can make you feel like you’re using a bespoke tool instead of the same generic controller all of your opponents have.

To support this desire, Monoprice released its Dark Matter Arcade Fighting Stick. Not only is the controller designed to help you dominate your opponents across PC, Xbox, PlayStation 4, Nintendo Switchand Android titles, but it’s also designed to be friendly to first-time modders hoping to find an inexpensive, safe place to start with the hobby.

The Dark Matter comes with everything you need to get started fighting right out of the box. This includes a permanent, built-in USB-A cable for connecting to a PlayStation 4, Xbox series console, Switch, or Windows PC, as well as add-on cables that can be connected to the built-in USB-A port for connection to a PlayStation or Xbox controller. The latter setup allows you to use the controller to take advantage of features, like the headset ports built into PlayStation and Xbox controllers for voice chat.

The permanent USB-A cable and the USB-A to USB-C and USB-A to Micro-USB cables that are also included can all be stowed in the compartment on the back of the Dark Matter’s shell.

The storage compartment also houses a foam insert with storage space for a couple of extra buttons, as well as the included hex-head screwdriver. The screwdriver allows the owner to remove the base plate on the Dark Matter, giving access to the internal components of the fight stick.

Once inside, you can replace or modify the buttons and the stick itself. You can insert more tactile, different switches, switch to different button shapes or colors, and change the position or shape of the “gate,” or the round plastic bit at the bottom of the directional stick that determines the movement pattern of the stick.

These aesthetic or functional changes are all made about as easy as possible thanks to the above labels and push-on connectors. This makes it a great way to get into the hobby of controller modding without needing skills like soldering.

If you’ve always wanted an arcade-like experience at home, or you’re just now realizing all of the possibilities this kind of controller can provide, you can pick up the Dark Matter Arcade Fighting Stick from Monoprice for $120.

Not only did it perform almost identically to $200-plus fight sticks from companies like Hori and Mad Catz in my testing, but you don’t have to worry about voiding a warranty or needing to whip out your soldering iron if you get the urge to tinker with it.