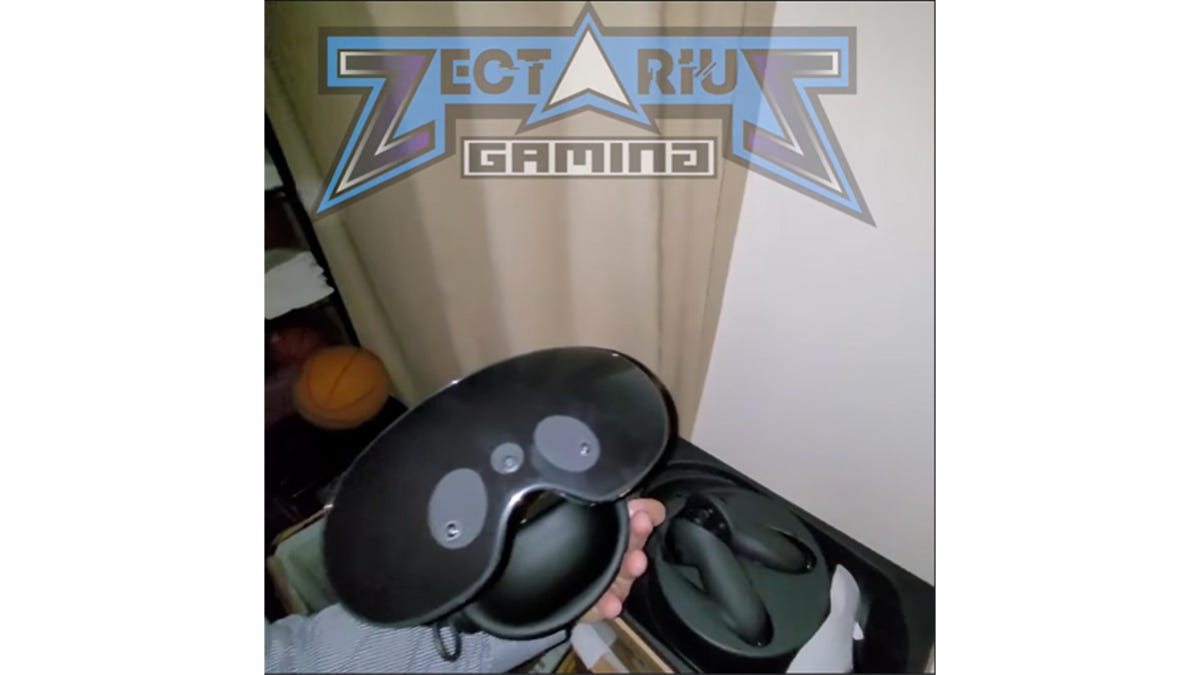 Some of the biggest tech leaks of all time have resulted from prototypes being left behind by early testers and engineers.

Whether it’s a bar, the backseat of a cab, or elsewhere, forgotten pre-release units are a longstanding backbone of tech journalism.

In that tradition, today we’ve got a prototype of Meta’s forthcoming Meta Quest Pro headset being shown off after apparently being forgotten in a hotel room by its tester.

The leak comes via the Facebook page of Zectariuz Gamingwho recorded a video of himself removing the device from its packaging. The account also posted several photos, but those appear to have been removed at the time of this writing.

The abandoned prototype, which was later claimed by its rightful owner (per The Verge), appears to closely match the Project Cambria headset Meta has been teasing in its recent VR and Metaverse-related content.

The interior of the device appears to have a “halo” design, similar to the PSVR and PlayStation VR2which will suspend the displays in front of the user’s eyes by distributing the weight around their head, rather than relying on a goggle-like mounting system that snugs the head-mounted display against the user’s face and nose, as the Quest 1 and Quest 2 did.

In addition to the drastically remodeled headset, the included controllers also appear to have undergone a complete overhaul. The new design is slightly more compact, features a different button layout, and does a better job of hiding whatever LEDs or sensors Meta is using this time around by skipping the Quest 1 and 2’s light rings.

A new, angled, flat spot for the user’s thumb also appears to have been added, which I’m personally looking forward to testing out. I’ve never quite found a comfortable spot for that digit to land without accidentally pressing a button on the Quest 2 controller.

Finally, a small indentation with what looks like three metallic contacts can be seen on the side of the controller. The pogo-pin-like connector could, if we let our imaginations run wild, play home to add-on accessories such as new sensors or controller peripherals. Picture, for instance, a two-handed gun stock that could connect to both controllers at once for a true FPS-like experience, or a fishing rod grip that included a built-in reel you could actually crank. Third-party accessory makers have been trying to create products like this for years, but have been stymied by a lack of first-party support. That may be about to change.

With the apparent leaked prototype now presumably back in Meta’s hands, we’ll likely have to continue waiting until October to get much more info. In the meantime, it looks like Facebook’s new flagship headset will offer some intriguing changes and a slimmer profile when it finally debuts.