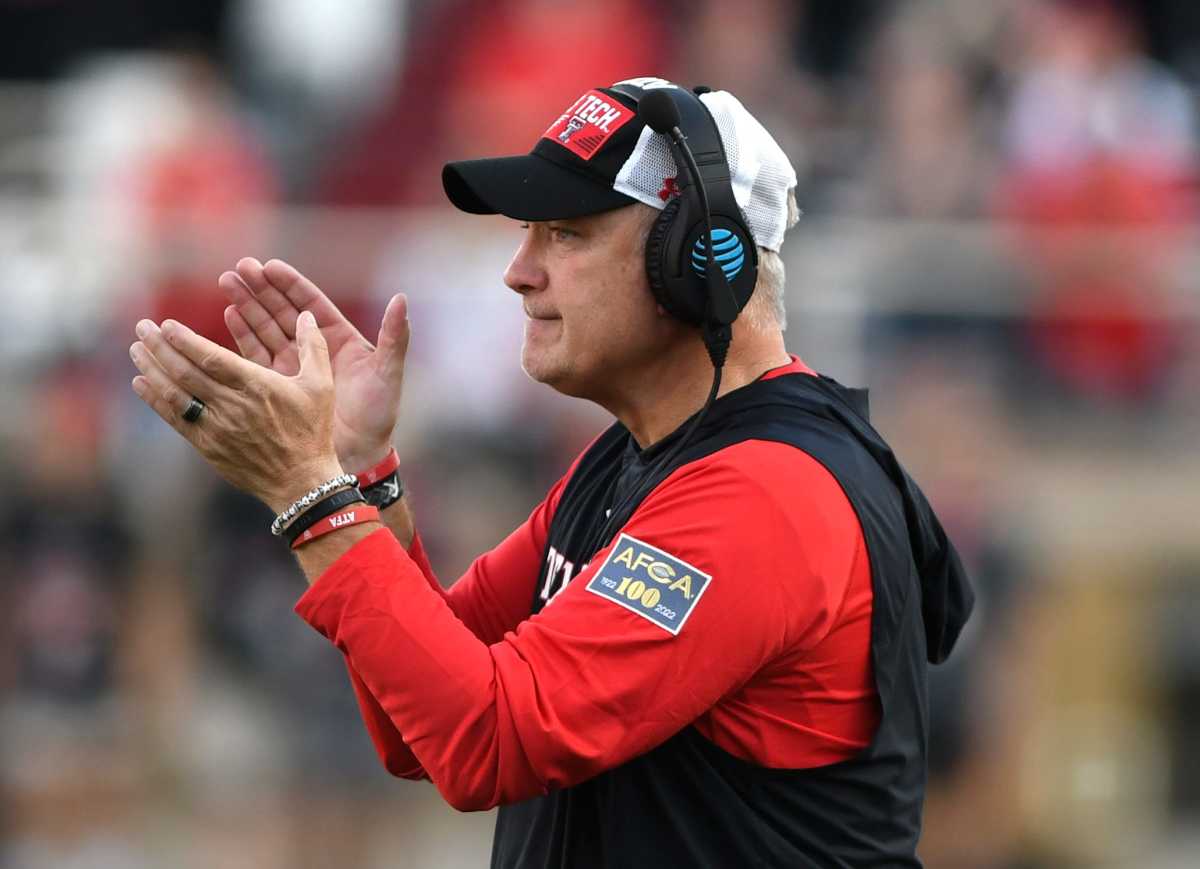 What is the biggest takeaway from Jones AT&T Stadium Saturday night?

Is it the fact that Texas Tech might be content with its “other” quarterback Donovan Smith long-term? Better yet, is there an ensuing battle should senior Tyler Shough return before the season’s end?

How about the Red Raiders’ defense? Does holding Murray State to under 200 yards in the first half count as a positive? How about limiting the Racers to 258 yards total and a mere 10 points?

Or could it have been the offense clicking with all three quarterbacks? Prior to a punt late in the third quarter, Tech scored on eight consecutive drives. Of the Red Raiders’ 15 total drives, nine ended with a touchdown.

All three statements could be true. But in Tech’s 63-10 win over the Racers, the biggest takeaway is that the program has its man. His name? Joey McGuire.

McGuire called an almost perfect game. He kept the foot on the gas for 60 minutes, allowing the Red Raiders to march up and down the turf for points on the regular.

No, Murray State isn’t a headline program that’ll have the common football fan reaching for the remote on Saturdays. The Racers made themselves known by playing close for a half last season against Cincinnati. By the third quarter, the Bearcats surged, ending the conversation for any chance of an upset.

The problem is that in years past, the Red Raiders would need every second to get a victory against an “easy” opponent. A costly turnover halfway through the game would breathe life for the visiting team. A game that many would expect to be over by the start of the fourth quarter often would come down to the wire.

That didn’t happen Saturday. Maybe it won’t happen ever with McGuire at the helm. Boosters would love that. Fans would, too.

McGuire, a proven winner at the high school level, has always commanded excellence from his players. He did during his time at Cedar Hill High School in Dallas. He did while on Matt Rhule’s staff at Baylor. That followed over when Dave Aranda came to Waco in 2020.

The little things can go far. And that’s what McGuire and the Red Raiders spent the offseason working on. Low and below, the results showed.

Smith, who replaced Shough in the second quarter, didn’t miss a step. The Las Vegas native finished with 221 passing yards to go along with four touchdowns. He completed a whopping 87.5 percent of his throws and nabbed a passer rating of 286.

The run game, a weakness in 2021, was a strength. Tech averaged 4.6 yards per run and totaled 133 yards. Tahj Brooks led the way with 50 yards on six carries. SaRodorick Thompson was close behind, averaging 6.3 yards per run.

And the defense – albeit still finding its footing – impressed. The Red Raiders forced eight consecutive drives to end in punts. They also held Murray State to 10 first downs and four plays over 15 yards.

How does that happen? With talent? Sure. With quality coaching? Without question.

McGuire and the Red Raiders will have the 24-hour celebration period before prepping for back-to-back games against ranked opponents. Can they win both outings? Never say never, right?

No. 24 Houston needed three overtimes and a dive at the goal line from quarterback Clayton Tune to take down UTSA in the Alamodome. If not for a missed PAT and field goal by East Carolina kicker Owen Daffer, No. 13 North Carolina State would be starting its promising year off 0-1.

And sure, fans will say the level of competition between Murray State and Houston or N.C. State is vastly different. That doesn’t mean a team can’t pull off the upset on any given Saturday. It happens every year, so why can’t it happen for Tech?

The Red Raiders would love to be this year’s Cinderella roster. They’ll settle for improvement each week and a chance to build off their 7-6 season from 2021.

All that starts with coaching — proper coaching. And while it’s one game into the new era, McGuire made his case to be not just a smart hire by athletic director Kirby Hocutt, but also the right one.