HomeNewsMcDonald's just threw technology out the window (well, its customers did)
News

McDonald’s just threw technology out the window (well, its customers did) 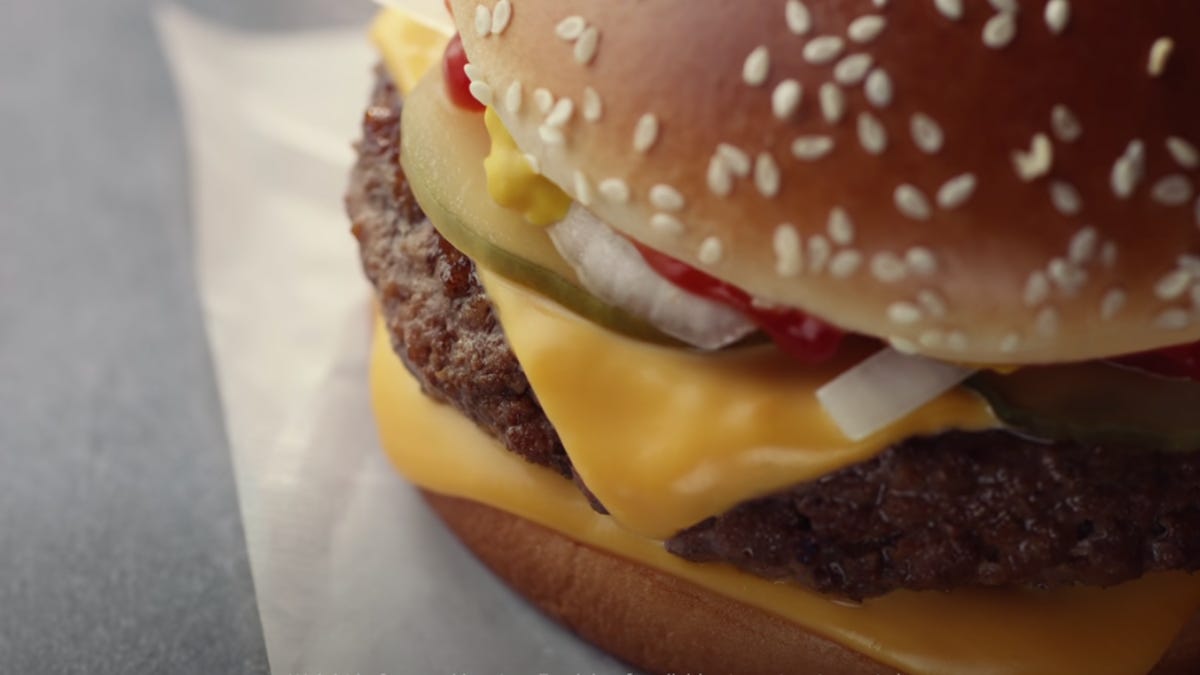 Much of the tech world likes to wrap itself in a cloak of inevitability.

Of course, Web3 will be a success. Everyone will want it. Because every VC and tech company will want everyone to want it.

Sometimes, though, human life decides to twist in a different direction and tech luminaries lose a touch of their (self-administered) shine.

It seems like but a few short years ago that technology was taking food beneath its metallic wing and turning it into something very different.

Plant-based was the thing, and who were you to argue?

Fast food brands raced to see who could make a success of the fake-meat Happy Meal or Whopper. With Beyond Meatnon-meat became a cool thing to eat. It wasn’t necessary healthier — those things were still packed with calories — but it would save the world from the ill effects of cow emissions.

Yet recently, a very odd occurrence tested the notion. It seems that McDonald’s has very quietly sent its McPlant burger out to pasture.

I did taste one of these things and found it entirely pleasant. You could, if you paired it with a glass of wine, persuade me that it was beef.

American McDonald’s aficionados, however, shunned it.

A first thought might be that vegans and vegetarians and healthy-livingists don’t often go to McDonald’s. Yet, especially during the pandemic, the likes of McDonald’s were often the only fast, cheap sources of food.

Why not at least try it? Why not appreciate the brains that went into it? Why not help change the image of the meat-munching ‘Murican?

The more diehard vegetarian and vegan types objected that the McPlant was cooked on the same grill as the world-ending meat version.

But come on, I hear you sniff; perfectionism only goes so far. This was surely a step in a saintlier direction.

I fear some may drift toward political explanations. Why, in recent times, Cracker Barrel offered a plant-based sausage that caused some alleged customers to accuse the company of being, Lord no, “woke.”

Could it be that merely being seen with a McPlant burger caused some Americans to worry about their self-image? Could it be they feared being shunned by friends and neighbors?

The mere idea is disturbing. Yet one could even take it to a more difficult conclusion. So let’s. What if the problem wasn’t even the alleged wokeness but a depressing distrust of science?

Also: McDonald’s wants customers to use its app for a truly pitiful reason

Yeah, scientists made these burgers. They’ve probably got a Bill Gates chip in them.

Mine is to mine possibilities, not to conclude or besmirch. So I won’t dwell on the fact that the McPlant is doing rather better in certain European countries.

Ultimately, I prefer to believe that this is a little like Apple versus Android. There simply aren’t that many willing switchers. So unless the McPlant somehow attracted new customers to McDonald’s, it was doomed.

It might make you think we deserve our fate.