LG launches an incredible TV at the price of a house 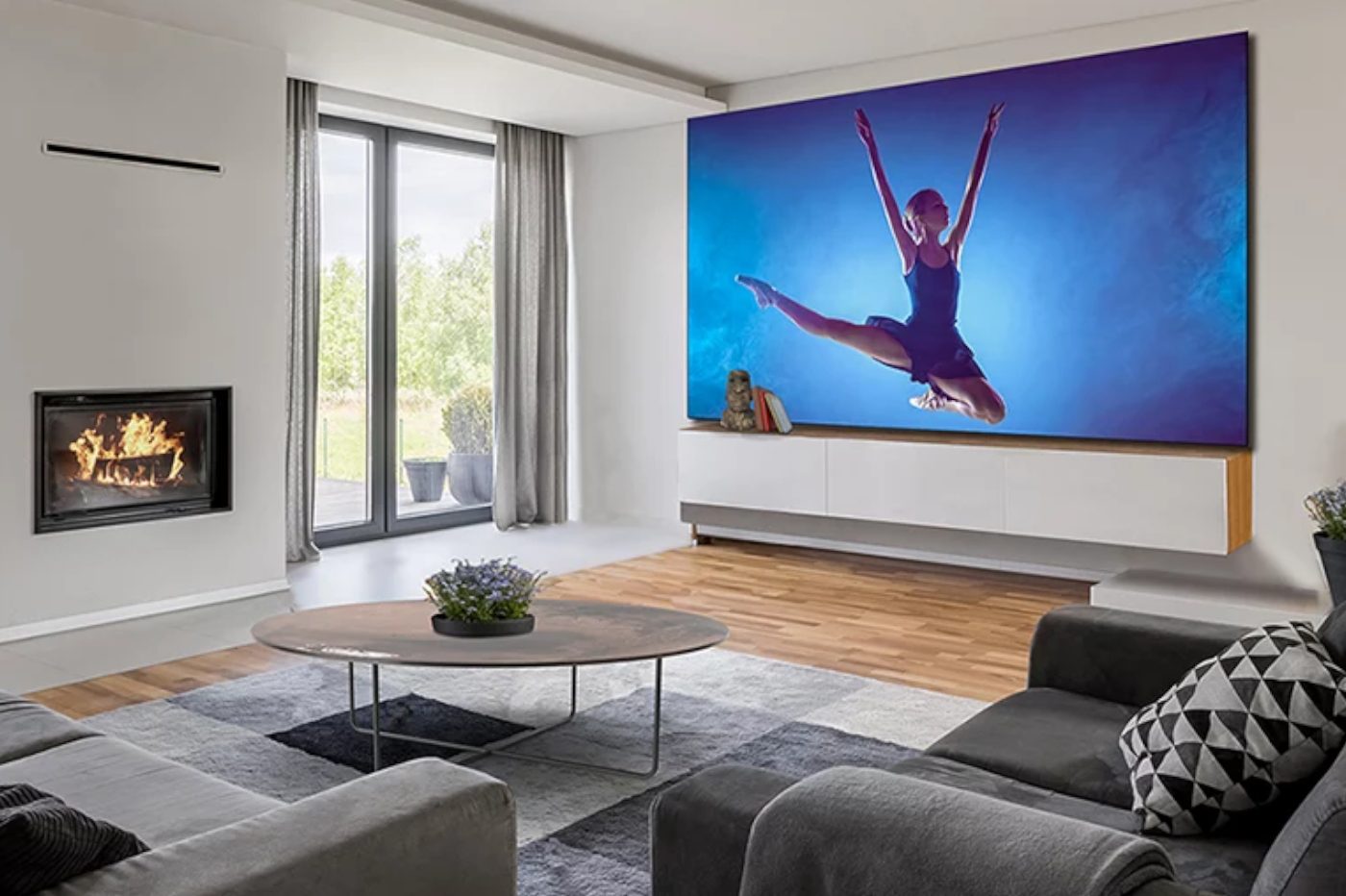 A few years ago, Samsung presented at CES 2019 a brand new screen, then based on a very ambitious technology, the Micro LED. A new device which then promised not only 4K images of unrivaled quality and moderate power consumption, but also an innovative modular side, with the possibility in particular of adding additional tiles, without borders. Today, the giant LG in turn wants to come and get its market share in the Micro LED Smart TV segment, but you may have to think about selling your house…

LG Magnit: a Micro LED Smart TV at the price of a house

Indeed, a few years later, Micro LED technology has indeed become a reality, and while Samsung is already marketing an impressive 146″ The Wall Luxury model, LG is unveiling Magnit, a new 136″ screen, also equipped with micro-LED technology. A Smart TV which obviously allows you to enjoy an image in Ultra HD 4K, with a very high peak of brightness, of the order of 2,000 cd / m2 (according to LG). To this is added of course an infinite contrast, as on an OLED television.

On board this LG Magnit Smart TV, there is also an Alpha 9 Gen 5 type processor, capable of providing an ultra-smooth webOS 22 interface, not to mention upscaling possibilities and the now essential motion compensation so appreciated by some. , and yet so decried by movie buffs. The panel is 120 Hz compatible, and there are no less than four HDMI 2.1 inputs here.

Already a leader in the OLED TV segment, LG obviously wants to position itself on Micro LED technology, the latter promising to bring together the best of LCD and OLED. The burn-in is largely reduced, the brightness is very high, while maintaining infinite contrast, without forgetting the modular aspect, with thinner, larger and lighter panels. For Michael Kosla, Vice President of LG USA: “The LG Magnit 4K Micro LED is a luxury residential display“. And for good reason !

Obviously, this new LG Magnit connected television has something for more than one home cinema and/or video game enthusiast, however, not only will the latter need to find sufficient space in the living room (3 .45 m diagonal all the same), but it will also be necessary to agree to pay no less than 300,000 dollars (excluding tax and import costs) to acquire it. Not expensive enough, son ?