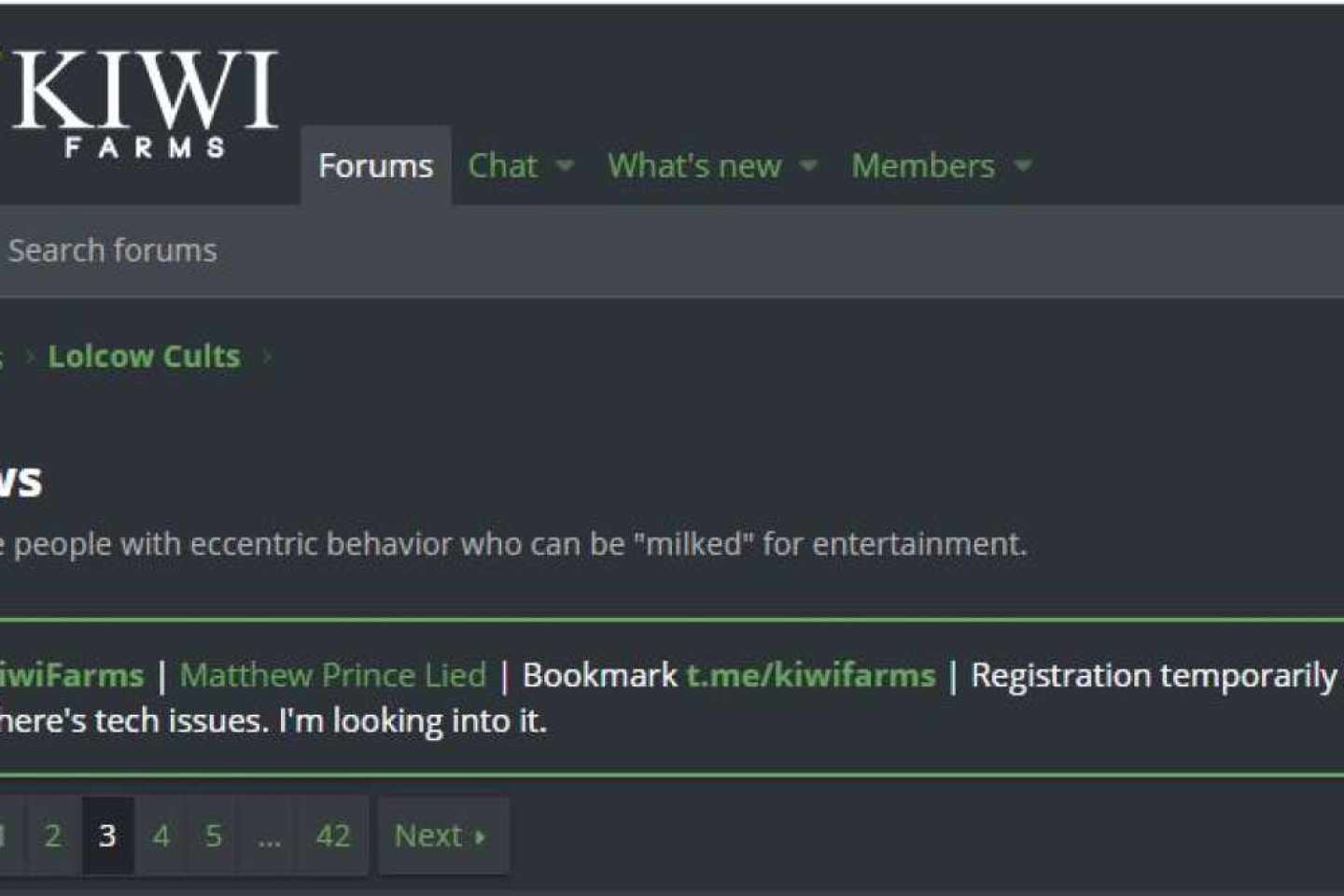 The website Kiwi Farms, a forum where harassment campaigns against transgender people are fomented, is no longer online due to a hack, the platform’s founder, Joshua Moon, announced in a press release. day Monday, September 9. “You should assume that your password has been stolen, and that your email and any content posted to your Kiwi Farms account in the last month has been downloaded”, he warned. He explains that he does not know whether data has been recovered or not, and assures that he will soon restore the site from a backup.

This hack is the latest twist in a harassment affair whose epicenter is this forum, considered one of the most toxic on the Internet, and which has led several companies to sever their ties with it or to publicly display their refusal to protect the site against possible cyberattacks.

Read our explanations: Kiwi Farms, an online harassment forum blocked but not out of harm’s way

On September 3, Cloudflare, a company specializing in infrastructure and services for websites, announced that it had blocked Kiwi Farms. “Statements on the site and targeted threats have escalated over the past 48 hours to the point where we believe there is an unprecedented urgency and immediate threat to human life at an unprecedented level. previously on Kiwi Farms or any other customer »noted Matthew Prince, the co-founder and boss of the company.

San Francisco-based Cloudflare was under pressure from activists in the LGBTQI+ community, who hoped to expose Kiwi Farms to cyberattacks. The forum contained a lot of information about trans or non-binary people, and incitements to harass them or report them for false crimes to the police, according to NBC News.

Cloudflare had explained that it had made this decision « extraordinaire » et “dangerous”not because of “despicable content” nor even ethical pressures, but only to protect human lives, because the forces of order act “slower than the danger progresses”.

On September 15, DiamWall, another online security company, also suspended its services to Kiwi Farms. “We don’t think it’s right to end a service because of public pressure, but in this case we believe there are grounds behind all these requests”had justified Hugo Carvalho, the general manager of the company.

Joshua Moon, for his part, said in his statement that he was struggling to contain his “legitimate outrage” against pirates, these “dangerous pervert full of themselves”. Paradoxical statements from the creator of a forum at the origin of a wave of harassment targeting the Canadian streamer and transgender activist Clara “Keffals” Sorrenti, who was forced, in the face of the violence of the attacks against her, to run away from his own home.

Read also: The account of the harassment suffered by streamer Keffals

The World with AFP