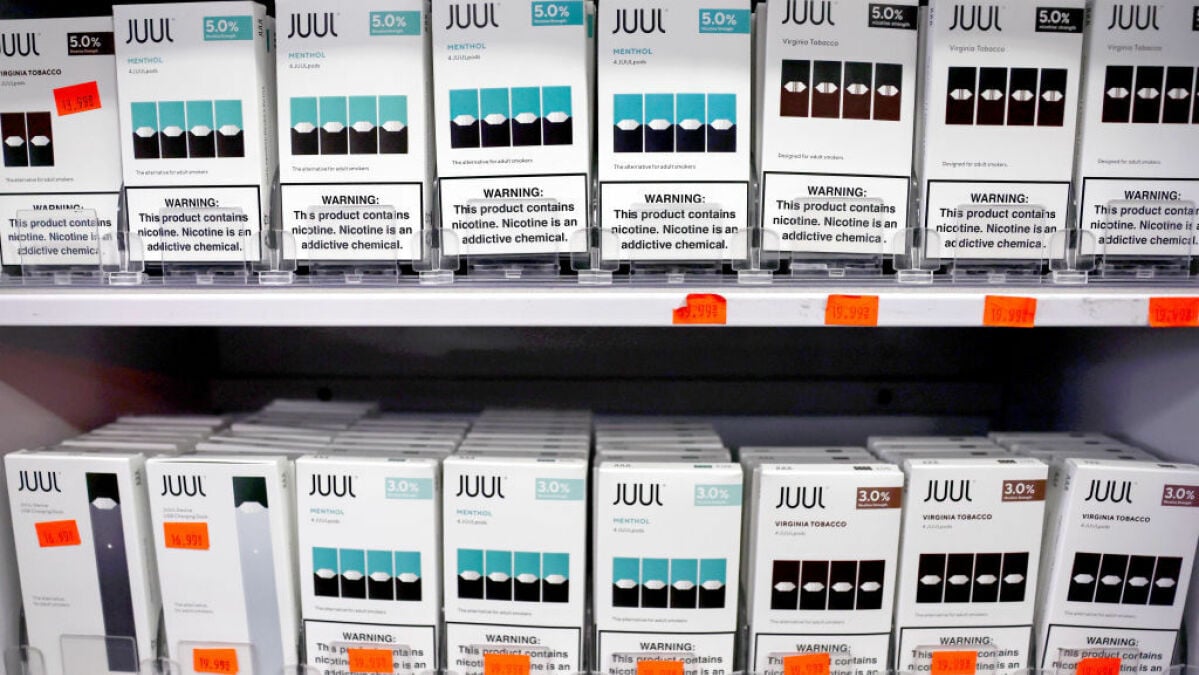 A bipartisan investigation is shutting down the Juul party like a cranky dad who’s had it up to here.

The e-cigarette company has agreed to pay a $438.5-million settlement for aggressively marketing its vape product to teens. The Juul empire made its multi-billion-dollar fortune on the lungs of young consumers (although the current valuation has tanked). In a statement from Connecticut Attorney General William Tong, who led the agreement, “[Juul] relentlessly marketed vaping products to underage youth, manipulated their chemical composition to be palatable to inexperienced users, employed an inadequate age verification process, and misled consumers about the nicotine content and addictiveness of its products.”

In other words, Juul told teens that vaping, a highly addictive pastimeis cool.

The announcement is the latest in a saga that has played out like a teen drama. First, the company discontinued its social media accounts, and in 2019, Juul CEO Kevin Burns said he was like, really sorry, for getting everyone’s kids addicted to nicotine. Then in 2020, in a 10-Things-I-Hate-About-You-esque display of contrition, Juul pulled its popular, mouth-watering-flavored pods like mango, fruit, cucumber, creme, and mint from the shelves. By June 2022, the FDA had had enough of Juul’s games and issued a ban on selling and distributing Juul products. But the FDA fell back under Juul’s spell in July 2022, and suspended its ban, saying the company’s “scientific issues” need further review.

[Googles “How to end a toxic relationship”]

Now the multi-state investigation is cutting off Juul once and for all. The settlement, achieved by 34 states and territories, will distribute the millions of dollars to help reduce nicotine use and force Juul to comply with “strict terms that end youth marketing and crack down on underage sales,” said Attorney General Tong. So they’re not shutting down the company, but they’re cutting Juul’s access to its biggest and most lucrative age group.

Specifically, the terms that Juul has agreed to refrain from read like a Disney villain list of how to lure children. It includes funding education programsuse of cartoons, social media advertising, use of paid influencers, misleading representations about nicotine content, advertising on billboards, and yep, giving out free samples.

Per The Washington PostJuul said, “The terms of the agreement are aligned with our current business practices which we started to implement after our company-wide reset in the Fall of 2019.”

Juul may have been the cool kid in school, but it seems they’ve peaked, which is never a good thing. See you at the reunion.