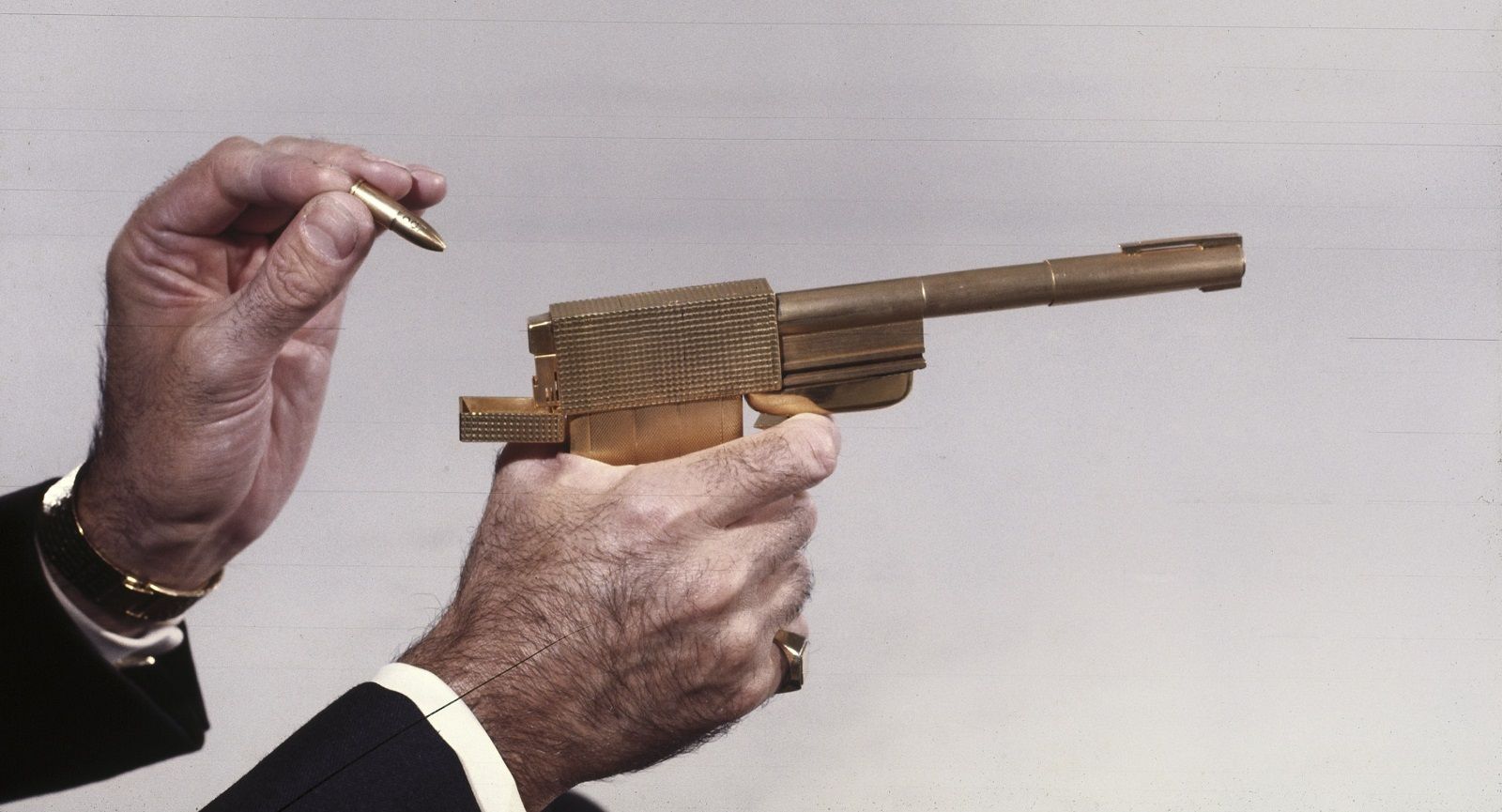 For a long time, they remained inseparable from any self-respecting James Bond film. But after twenty feature films in which increasingly crazy gadgets have helped agent 007 save the world, the arrival of Daniel Craig in the role marked a turning point vis-à-vis the historical technophilia of franchise.

The birth of a golden age

Gadgets are not an invention of the James Bond movies. We obviously owe this idea to the creator of the character and author of the novels, Ian Fleming, who imagined some of the most famous gadgets of the first feature films of the saga. From 1963 and the release of GOOD KISSES FROM RUSSIA (Terence Young), we find ideas that have become totally cult today. How can we forget the poisoned blades that come out of the switchblade shoes of SPECTER agents like Rosa Klebb, or the briefcase of the perfect agent with the famous “license to kill”? From this second film, good old Q demonstrates to Bond the merits and operation of his little technological gems, a tradition that will immediately become essential.

But when it comes to gadgets, we haven’t seen anything yet. It’s with the classic GOLDFINGER (Guy Hamilton, 1964) that Q’s inventions – whose demos are made from this film in his own lab – start to go really bonkers, and Bond’s haters aren’t left out. . There is, of course, Oddjob’s sharp-edged bowler hat, capable of slicing anyone or anything, but also gadgets that still bring smiles today, such as the improbable seagull snorkel used by Sean Connery in the pre-credits scene. It is also from this film that we discover the incredible modified version of the Aston Martin DB5, but the gadgets of Bond’s cars deserve an article on their own.

Between inventiveness and absurdity

Difficult for the public not to be a fan, and in front of GOLDFINGER’s cardboard, the choice is made to put the package on the gadgets in the following films. We then oscillate between inventiveness – like the precursor jet pack of OPERATION THUNDER (Terence Young, 1965) – and sometimes absurdity like Roger Moore’s crocodile submarine in OCTOPUSSY (John Glen, 1983). Because this real technological festival started under the Sean Connery era is prolonged and even amplified with his successor, who prefers to avoid getting his hands dirty, and therefore rests much more than the other performers of the role on gadgets to defeat the bad guys.

This overabundance will become such – you have to see the very kitsch MOONRAKER (Lewis Gilbert, 1979) to get an idea of ​​these excesses – that it will end up annoying fans. But the whimsy and humor of films from the Roger Moore era are also often found in the gadgets he uses, meaning he’s associated with some of the saga’s coolest inventions, like the Golden Gun. of the villainous Francisco Scaramanga (Christopher Lee) in THE MAN WITH THE GOLDEN GUN (Guy Hamilton, 1974), assembled by a goldsmith from a pen, a lighter, a cigarette case and a cufflink. Legendary. 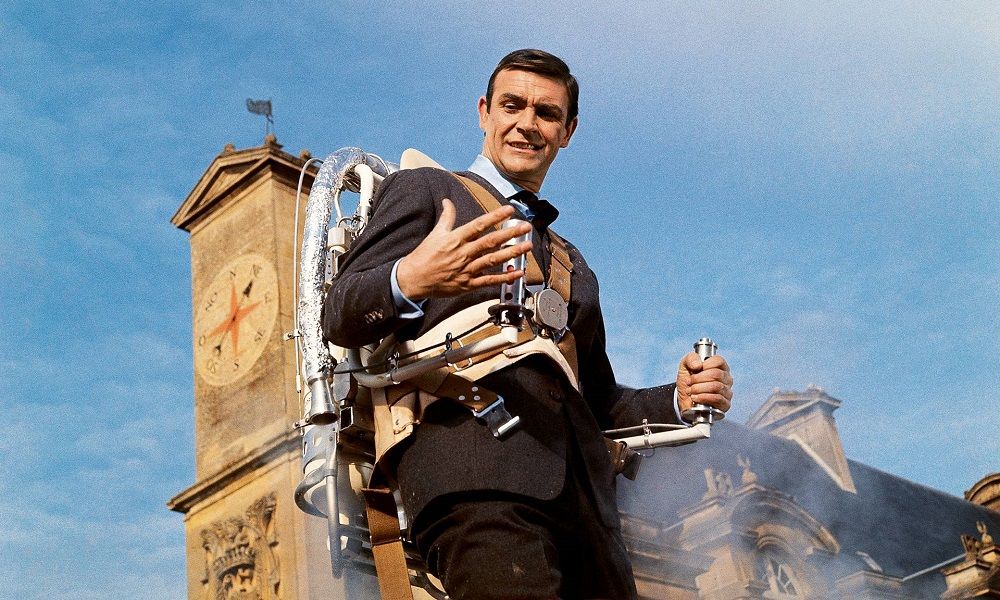 With the arrival of the 1990s and a new interpreter (Pierce Brosnan), James Bond’s gadgets were also reinvented, and followed the immense technological progress of the time. The new 007 has fun like a little madman with the first laptops and computers, which gives some frankly delirious scenes. All excesses – especially the most unrealistic – are allowed: remote-controlled car with telephone in TOMORROW NEVER DIES (Roger Spottiswoode, 1997), glasses with stripping scanner in THE WORLD IS NOT ENOUGH (Michael Apted, 1999) and even invisible car in DIE ANOTHER DAY (Lee Tamahori, 2002). Suffice to say that it is difficult to go further, and when Daniel Craig took up the torch in 2006 for CASINO ROYALE (Martin Campbell), the decision was made to put an end to this period of totally unbridled creativity, to accompany the return to a more human and authentic James Bond, who prefers to kill with his hands rather than with the help of technology.

The change could not be more radical: there is no trace of a serious gimmick in CASINO ROYALE and QUANTUM OF SOLACE (Marc Forster, 2008), nor even of Q, shelved during these two films. The latter makes his return in the youthful guise of the excellent Ben Whishaw in SKYFALL (Sam Mendes, 2012), but the absence of gadgets worthy of the name is more than ever assumed in a scene between Q and Bond, where the the first explains to the second that they no longer make “explosive pen”, a reference to the memorable Parker Jotter who appeared in GOLDENEYE (Martin Campbell, 1995). Even if SPECTER (Sam Mendes, 2015) and DIE CAN WAIT (Cary Joji Fukunaga, 2021) mark a timid return of the innovations used by 007, James Bond has definitely changed eras, and the golden age of his gadgets is long gone. 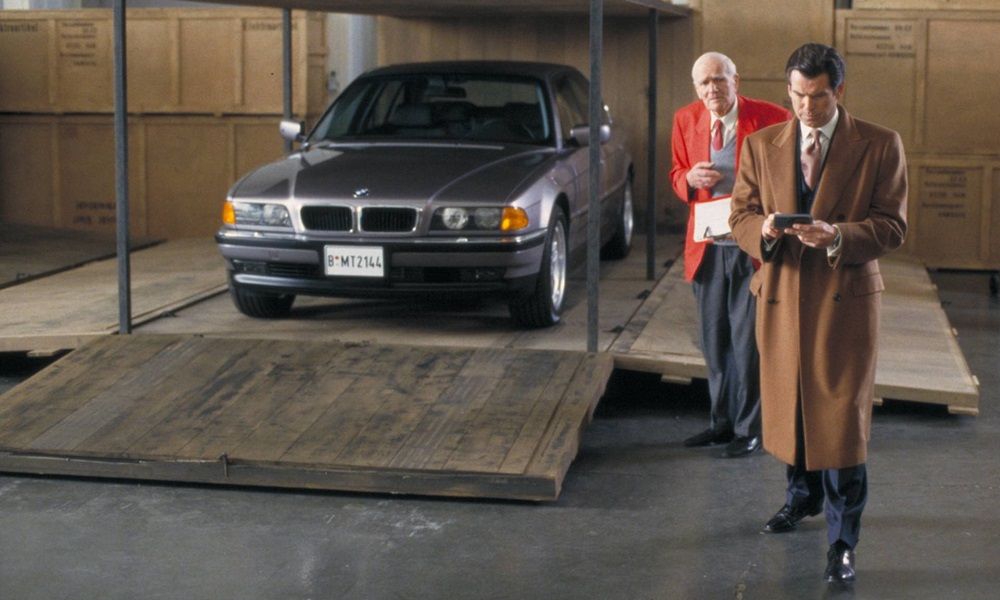 All cinema videos, movies and shows are available on myCANAL