Is a Sand Dollar Alive? 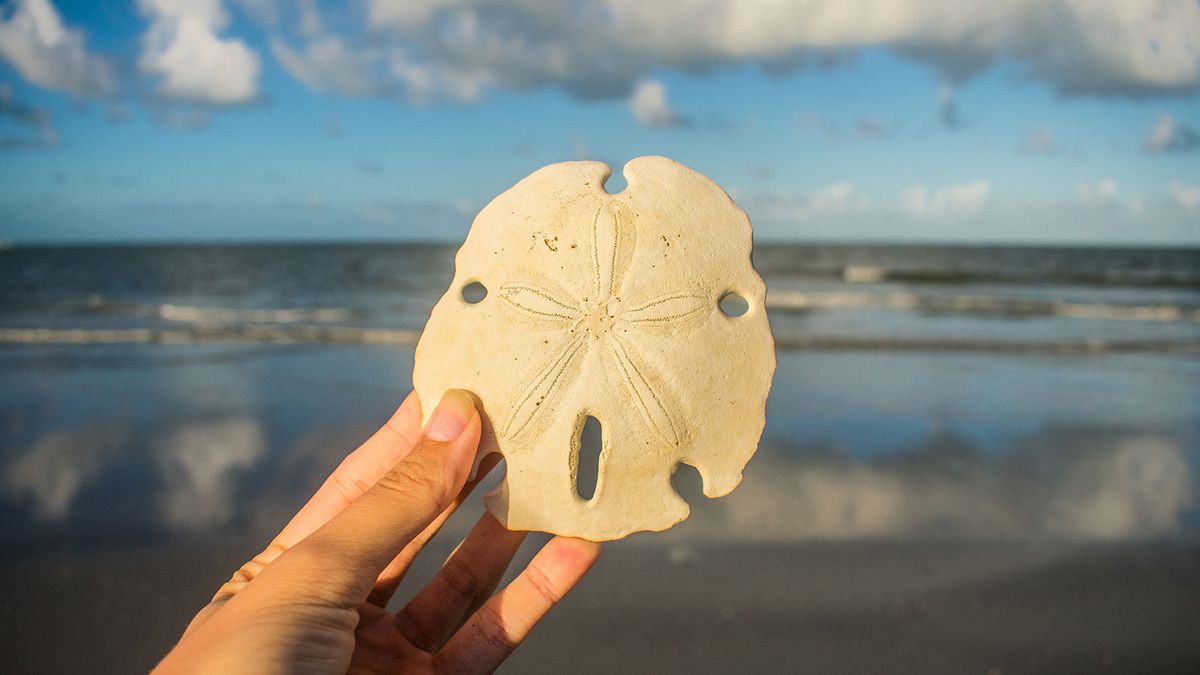 “Just like their more recognizable sea star cousins, sand dollars typically have five-part radial symmetry which means that their body could be split into five identical ‘slices,'” explained Jessica Brasher, husbandry manager at the Ocean Institute in Dana Point, California, when we spoke to her by email in 2019.

But that symmetry isn’t what lands sand dollars in the echinoderm group that includes sea urchins. Indeed, live sand dollars (unlike their deceased, relatively smooth counterparts) feature an endoskeleton that’s covered by a layer of spiny skin, according to Leah Biery, who was director of communications at Sanibel Sea School in Sanibel, Florida, when we spoke to her in 2019. “The skeleton, or test, is composed of bony plates of calcium carbonate called ossicles, held together by connective tissue,” she emailed. “They have no brain, just a simple nerve ring.”

While we’re used to living things sporting legs, wings or some other obvious transportation method, live sand dollars have a far more subtle way of getting around — a water vascular system. This system not only helps sand dollars move, but is also responsible for pumping filtered seawater so that they can eat, Biery said, noting that the preferred sand dollar diet is microscopic algae food particles scraped from hard surfaces by the teeth in the sand dollar’s mouth. Sand dollars also dine on plankton and other food floating freely in the water.

Sand dollars are surprisingly social, preferring to lie flat on the sandy seafloor where lots of other sand dollars live and away from the thrashing water created by storms. This is especially vital during reproduction season, since being in a large group of sand dollars yields better odds of success.

“Sand dollars reproduce by spawning, which means that males and females release eggs and sperm into the water column respectively,” Brasher explained. “If fertilized, the sand dollar eggs will hatch into microscopic, free-floating larvae that hardly resemble their parents.” The larvae then undergo a series of developmental changes until it grows its test and settles on the ocean floor.

What Happens to Red Carpet Dresses After Celebrities Wear Them?

What if you were on an elevator and the cable broke?

What Is Royalty Income and How Is It Taxed?

Image Comics’ Criminal to Be Adapted for TV by Prime Video