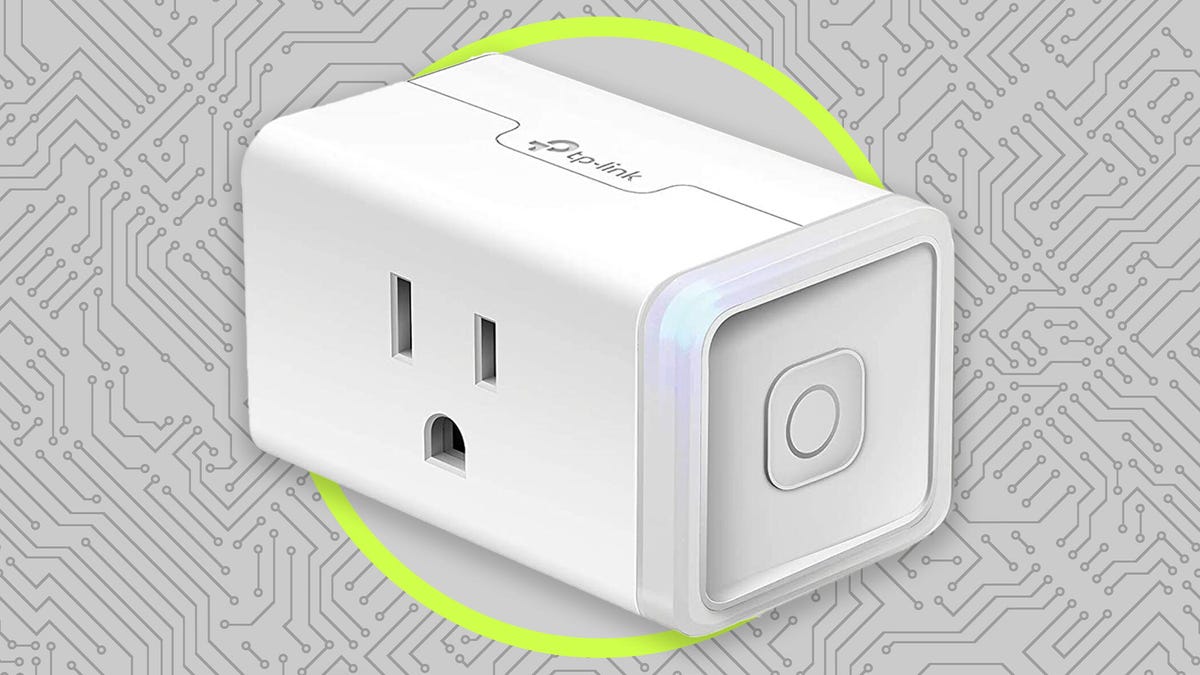 Amazon’s Prime Day 2022, held in July, featured some great deals but was not without its woes. Many of us remember the 50-inch TV for $99 or the $49, 32-inch TV deals that didn’t make it to 10 minutes before the deal was closed. Overall, the yearly Prime Day event is always a great opportunity to snag some pretty attractive devices at even more inviting prices; heck, even the Apple Watch was on sale.

The biggest benefit of this smart plug versus most compact smart plugs is the energy monitoring feature.

I’ve always taken advantage of Prime Day deals in years past; buying Fire tablets for my kids and upgrading my Kindle e-reader, for example. And this time was no exception: I got a couple of Echo devices, an Amazon smart plug, and I even got the $99 TV.

But the most fun purchase was probably the Kasa Smart WiFi Plug Slim with Energy Monitoring.

I say it was a fun purchase because it was something I stumbled across while roaming around the Amazon website. In between livestreams and lightning deals was this prompt to ask Alexa to order the smart plug for only $3.49. I did, on a whim, and Alexa did. So here we are, a month later and one smart plug richer.

Smart plugs are a great way to upgrade devices like lamps or fans. Depending on the type of plug, you can connect a wide range of devices and control the plugged-in devices over Wi-Fi, using your mobile device or a voice assistant like Amazon’s Alexa, Apple’s Siri, or Google Assistant.

This means you can control the plug from anywhere at any time, and set up schedules and scenes. A good use for these little devices is for different appliances that you want to run on a schedule or automate, or holiday lights and decorations; or that one thing that you always forget whether you turned off before you left the house.

The Kasa Smart WiFi Plug Slim is a compact white rectangular device that easily plugs into a standard electrical outlet. It comes in a rectangular box, and is packed well so it’s protected from any possible jolts during shipping. All you’ll find in the box is the plug and a quick-start guide.

A lightweight at just over 3 ounces, this smart plug is relatively slimmer and lighter than many on the market: It’s about 1.5 inches tall, 2.6 inches wide, and 1.6 inches deep.

I found that the best place to plug it in is probably a wall outlet, since you can easily fit two of these in a standard outlet. Plugging this device into an extension cord or a surge protector may result in little room for other chargers.

To get started with the Kasa Smart WiFi Plug Slim, just remove the packaging, take out the quick-start guide for reference, and plug in the device wherever you want it. The big plus about buying a smart plug as opposed to some other types of automation is that setting up is easy: There’s no wiring involved, no drilling or screwdrivers. Just plug it in and use it.

Setting up your Kasa Smart plug is done using the Kasa app on your smartphone. Download the app for iOS or Android and create an account. Then simply follow the prompts to add the plug to your network.

If you want to link this smart plug to your Amazon Alexa account, you can take advantage of Alexa’s signature Frustration Free Setup. Simply plug in the device and Alexa will recognize it and add it to your skills.

The smart plug is pretty seamless and reliable in performance after setup. Once it’s ready to use, it’s easy to connect it to Alexa or Google Assistant, though it is incompatible with Apple’s HomeKit platform. There is a different Kasa Smart Wi-Fi Plug Slim model (EP25P4) that does support HomeKit for those using Apple products.

Our home is run on HomeKit with Homebridge, but I also have the aforementioned Echo devices we got on Prime Day, so I use the smart plug with Alexa.

The performance of this Kasa smart plug has been pretty outstanding in the short time I’ve had it. I’ve found it to be very reliably responsive and pretty snappy overall, whether I’m using the Kasa app or communicating with it via Alexa.

Automations run consistently with the schedules I’ve set, and I’ve never run into the issue of it becoming unresponsive or dropping off the network.

The Kasa plug does not require having a separate smart hub to use it. It works over Wi-Fi and connects via the Kasa app, so there’s no need to buy any extra gadgets or hubs or set up a bridge for it.

That means that it doesn’t tie you down to a single smart home assistant; you can easily add this plug to the natively compatible automation systems (Alexa, Google, and SmartThings) or simply use the Kasa Smart app to control it.

It also has an on/off button on one side, so you can control it manually if you need to.

The biggest benefit of this smart plug versus most compact smart plugs is the energy monitoring feature. The Kasa app shows you the energy consumption of everything that is connected to this plug and you can view historical data as well as real-time data.

Kasa Smart is a smart home brand from TP-Link that sells smart indoor and outdoor plugs, switches, and lights, as well as security, baby, and pet cameras. So if you wanted to add more devices to work seamlessly together with each other, you can add some more Kasa Smart home products to your collection and control them from the app or with Google Assistant or Alexa.

The Kasa Smart WiFi Plug Slim with Energy Monitoring retails for $22.99, but there are cheaper options, like the wyze plug from our roundup of the best smart plugs, that don’t have the energy monitoring feature. Again, I paid only $3.49 because of a Prime Day sale and I don’t think I would’ve chosen to buy it at full price. Unfortunately, I tend to be a cheap person, so if I were paying full price for something that I’ll probably want several of (like a smart plug), I’d likely sacrifice the energy monitoring feature for a lower price.

If you’re reaching a point in your home automation journey where a smart plug would make your life easier, then it can definitely be worth it.

I hate working with wires, especially in older homes, so I prefer the ease of upgrading current outlets with a smart plug instead of a smart outlet.

As far as price, I’m one to watch for the best deals when purchasing smart home items, especially for items that I’ll probably buy multiples of, like a smart plug.

I’d recommend checking what deals there are available for smart plugs before committing to a purchase, as well as considering whether energy monitoring is important to you, as that feature drives up the price.

With Alexa’s Frustration Free Setup (FFS), all you have to do it plug in a compatible device and Alexa will automatically find it.

If you purchased a smart plug that doesn’t have FFS integrated, you can always set up your plug per the manufacturer’s instructions. Then, go to the settings within the smart plug’s mobile app and check to see if you can add it to Alexa. If the device is compatible with Alexa, simply tap the option and it’ll add the skill to Alexa.

If your Kasa Smart plug is having problems connecting to your network, a good reset is one way to troubleshoot.

To reset the Kasa Smart WiFi Plug Slim to its default factory settings, simply press and hold the on/off button on the side of the plug for around 10 seconds until the LED indicator blinks red rapidly.

If you’re having trouble setting up your smart plug, press and hold the on/off button for only about 5 seconds until the LED light blinks blue and red: This will trigger the setup process.