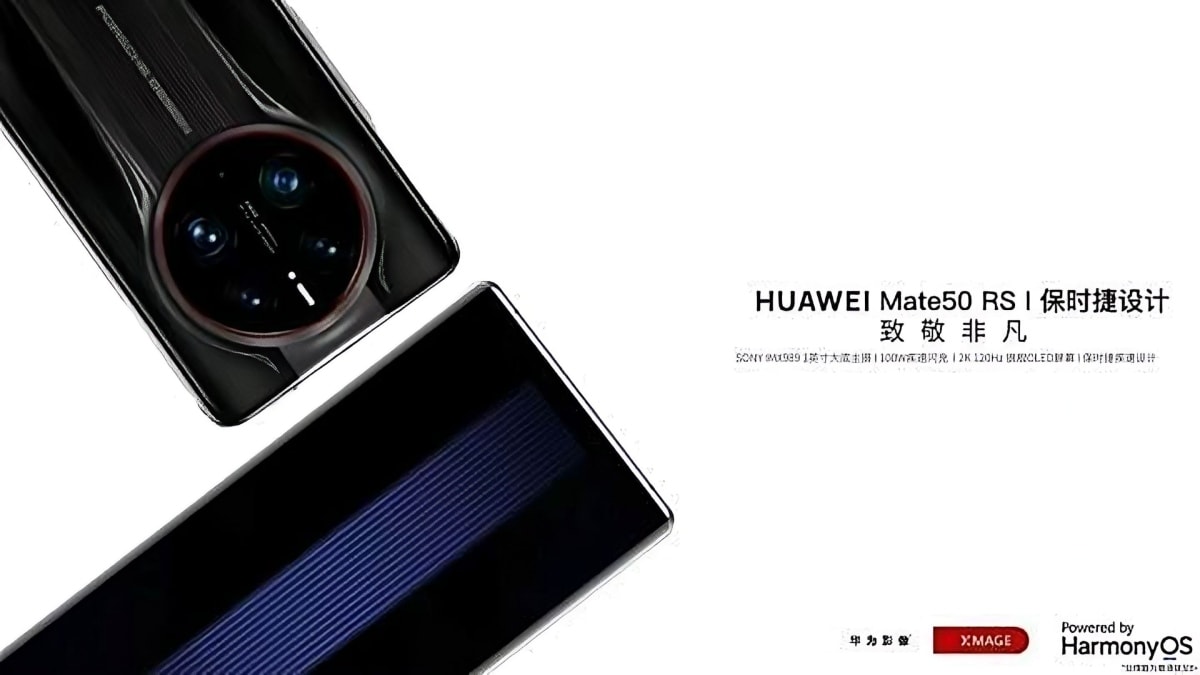 Huawei Mate 50 series has been in the news, primarily because of the features that are being teased and reported to come in the smartphones. One such feature is variable aperture, which Huawei teased on social media and is essentially making a comeback after being removed from a few smartphones launched in yesteryears. The development comes a few days ahead of launch of the series that is said to include a vanilla Huawei Mate 50, the Huawei Mate 50 Pro, and the Huawei Mate 50 RS.

Huawei teased the variable aperture feature in a post on Weibo. The post has a small clip that teases that the Huawei Mate 50 series will come with a camera that will be equipped with a variable aperture. Having a variable aperture in a smartphone camera will allow its users to have better control over shooting a photograph. A large aperture allows more light to enter through the lens resulting in clear images in low light conditions.

The alleged specifications of the Huawei Mate 50 series smartphones were leaked before. They are said to come with the Snapdragon 8 Gen 1 SoC under the hood. All three phones are said to sport triple rear cameras with 50-megapixel primary sensors and 66W fast charging technology.