How to watch NASA slam the DART spacecraft into an asteroid 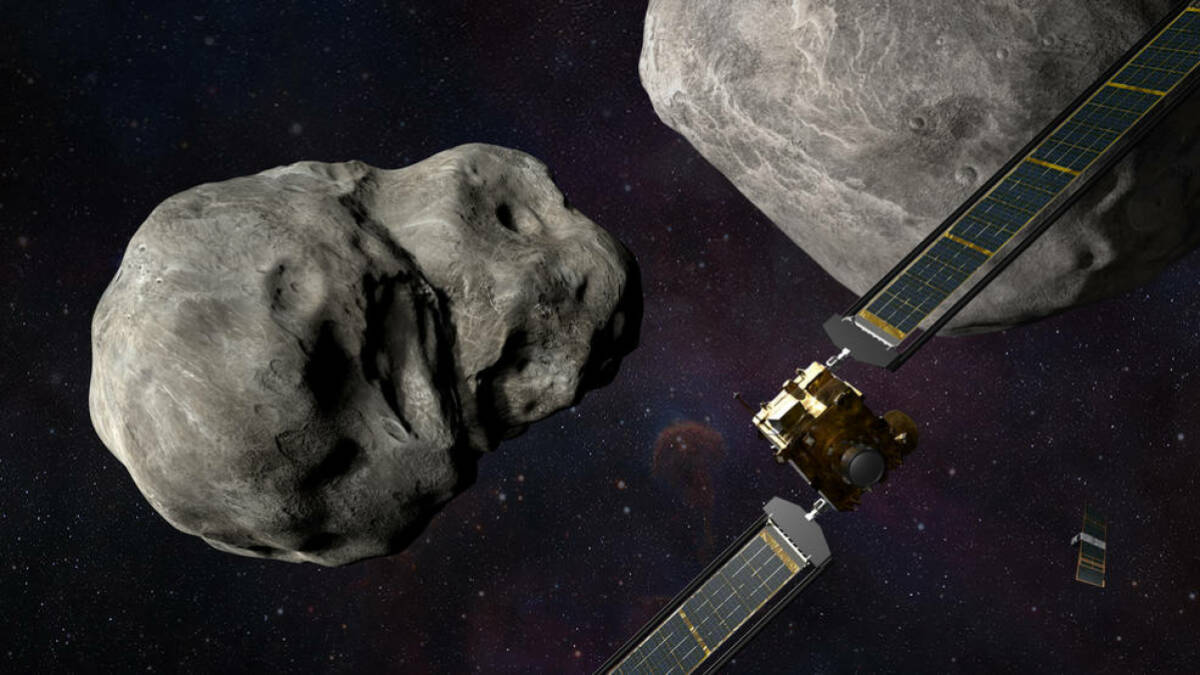 NASA is about to intentionally slam a spacecraft the size of a vending machine into a space rock the size of a great Egyptian pyramid.

Incredibly, you can watch this unprecedented Sept. 26 event live.

The mission is called DART, or Double Asteroid Redirection Test, and it’s humanity’s first-ever attempt to purposefully move an asteroid. The rocky target, Dimorphos, is not a threat to Earth, but the mission is an experiment to see how civilization could alter the path of a menacing asteroidshould one be on a collision course with our planet. (Fortunately, no known asteroid over 460 feet across will threaten Earth in the next century or so.)

It’s a $330 million critical mission. And it may one day pay off, big time.

“We are right now defenseless against any asteroid aiming for Earth.”

“We are right now defenseless against any asteroid aiming for Earth,” Markus Wilde, an associate professor of aerospace, physics, and space sciences at the Florida Institute of Technology, told Mashable.

How to watch the DART impact

The impact between the 1,300-pound DART spacecraft and Dimorphos — a 525-foot-wide asteroid that actually orbits a much larger sibling, the half-mile-wide Didymos — will occur some 6.8 million miles from Earth. But the spacecraft has a camera (dubbed “DRACO”) that will stream one image per second back to Earth in real time. Until the impact, of course.

Alternatively: If you’d like to just watch the “quiet” real-time feed from the DART camera, without the NASA presentation or explanation, you can tune into the NASA Live YouTube channel beginning at 5:30 p.m. ET.

To the asteroid, the impact will be like a little nudge or a smack. The goal is to prove that such a collision can slightly move a space rock from its ultimate trajectory. If it works, this is likely how humanity — with enough notice — will nudge a menacing space rock off its course in the future. NASA hopes to show it can slow Dimorphos’ orbit around its sibling asteroid by around 10 minutes (the orbit currently takes about 12 hours).

“That’s enough time to make sure it misses Earth,” Andrew Rivkin, a planetary astronomer at the Johns Hopkins University Applied Physics Laboratory and one of DART’s lead scientists, told Mashable.

The collision, though relatively small, will still blow some 220,000 pounds of rock into space. And we’ll be able to see this too, yet not right away. DART recently released a toaster-sized spacecraft called LICIACubefitted with two cameras, that will observe both the impact and the aftermath. That footage will arrive in the days and weeks after the impact.