HomeTech'House of the Dragon' time jump: What do the characters look like...
Tech

‘House of the Dragon’ time jump: What do the characters look like now? 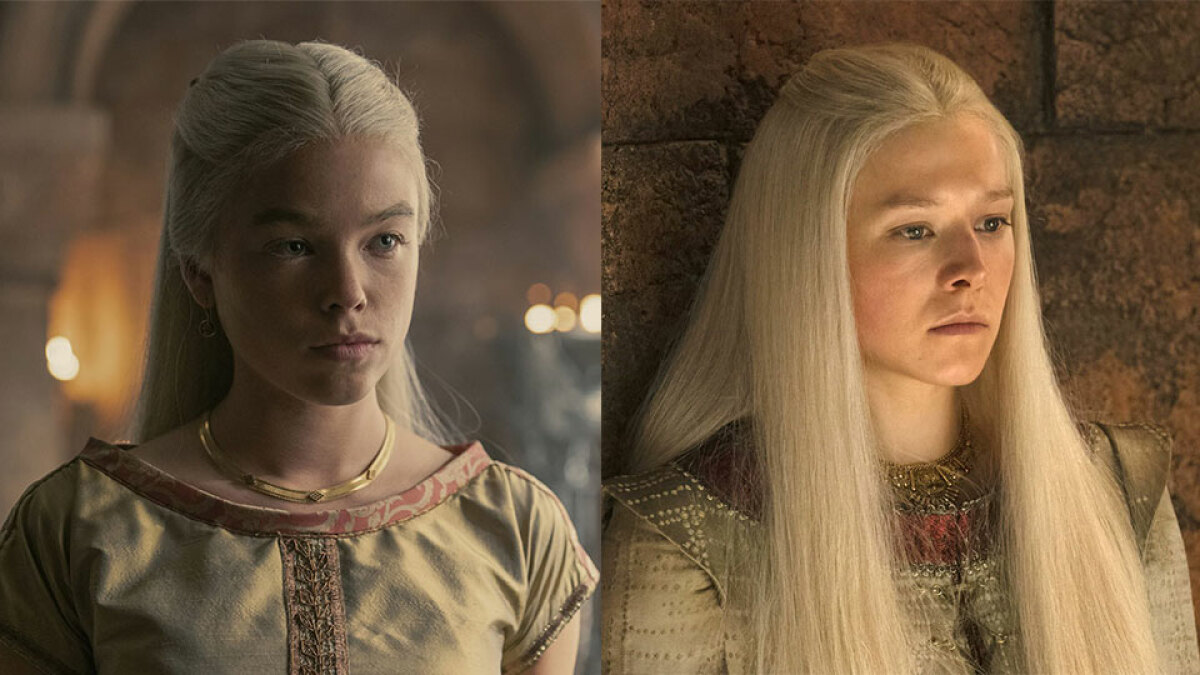 We’ve now reached the halfway point in House of the Dragonand you know what that means? It’s time for a time jump.

We’ve known it was coming for a while now. Although we started the show with one set of actors, it’s been clear since the first official images and the trailers that an older cast would be replacing certain key players at some point down the line. While the series’ first time jump between episodes 2 and 3 was three years keeping all but one of the same actors, this time, the time jump is a solid 10 years, so it wouldn’t make sense for everyone to look exactly the same.

With episode 5 ending in a big (and typically dramatic and bloody) wedding, the timing of the jump makes sense — but who exactly is being replaced, and by whom?

Alicent’s green dress in ‘House of the Dragon’ is a major power move. Here’s why it’s so important.

Here are the four major characters whose actors will be swapped in House of the Dragon:

It’s going to be difficult for some to swallow, as Rhaenyra Targaryen has already become something of a fan favourite. The Princess of Dragonstone and heir to the Iron Throne is probably the most prominent figure that will see a change in the latter half of Season 1, with actor Milly Alcock handing the dragon reins to Emma D’Arcy, who’s starred in the likes of TV shows Wanderlust and Truth Seekers. 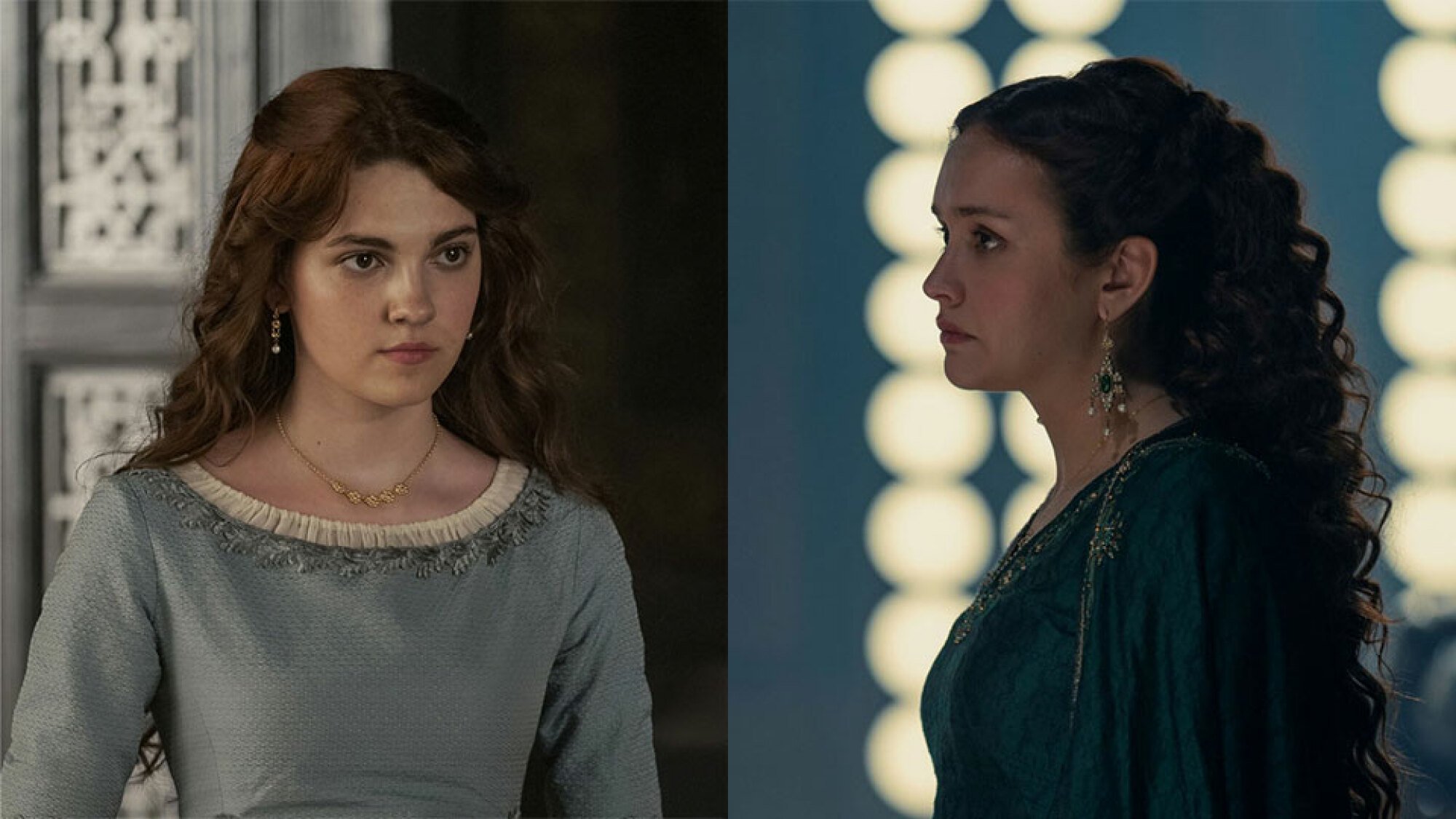 Queen Alicent Hightower, once BFFs with Rhaenyra, appears to be growing further and further apart from the princess (although going from childhood friend to stepmother will probably do that, not to mention all this Iron Throne heir business). Emily Carey plays a young Alicent for the first half of the series, but now the role will be taken up by Ready Player One and Sound of Metal star Olivia Cooke, who recently confirmed in an interview that the time jump has done nothing to repair things between Alicent and Rhaenyra — especially after wearing that green dress to her wedding.

Who’s who in ‘House of the Dragon’: The Targaryen family tree 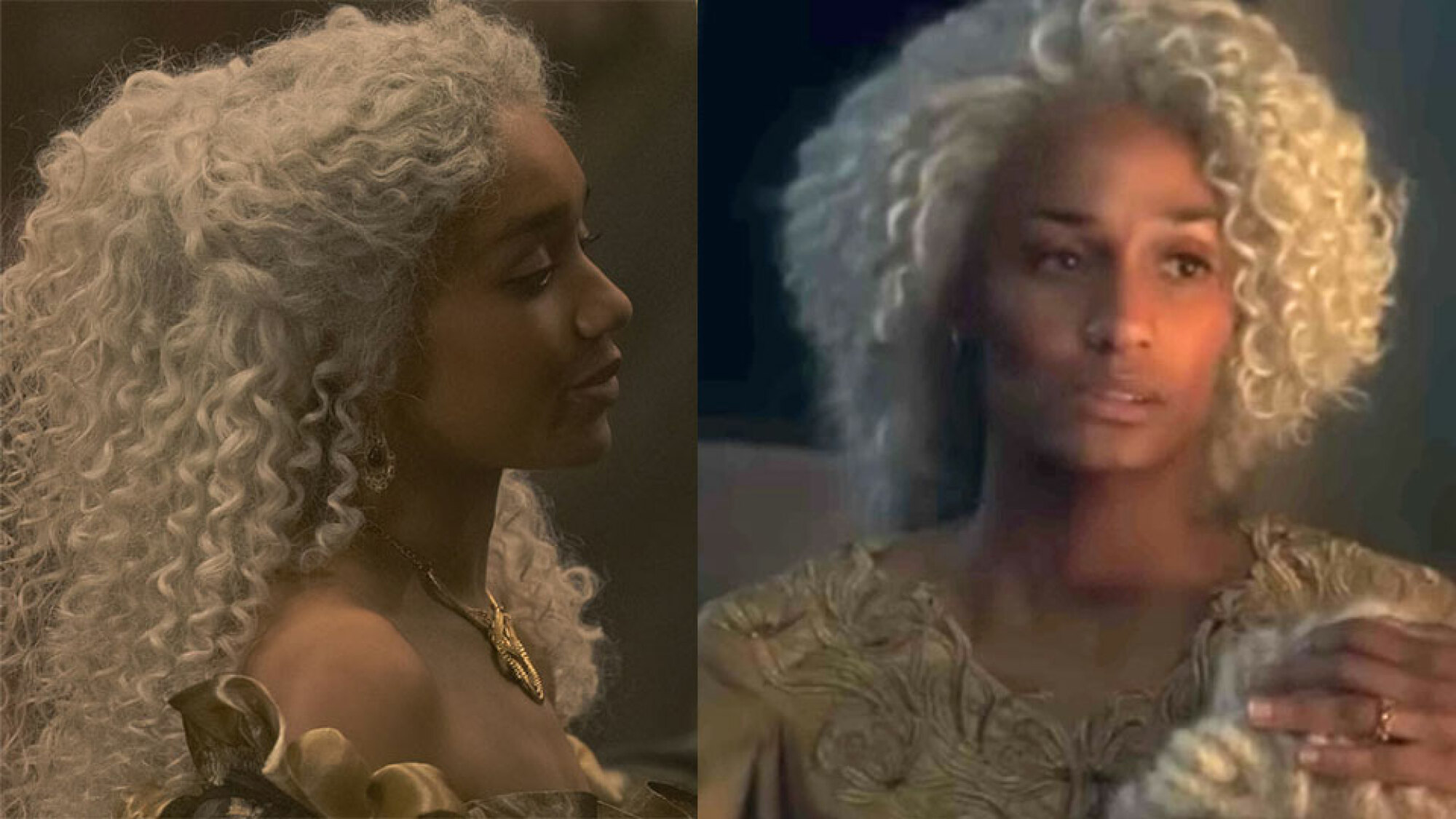 The eldest of the Velaryon children, Laena Velaryon is actually about to have her second actor transition. In episode 2, as a 12-year-old girl, she’s played by Nova Foueillis-Mosé, having a very awkward conversation with King Viserys when her parents, Lord Corlys Velaryon and Princess Rhaenys Targaryen, want to arrange their marriage. In episode 5, a few years later as a teen, she’s played by Savannah Steyn, flirting with Daemon Targaryen at her brother Laenor’s wedding to Rhaenyra; and now — post-time jump — she’ll be played by Red Dot‘s Nanna Blondell.

Based on the episode 6 previewit looks like Laena will have a major role in what’s to come. 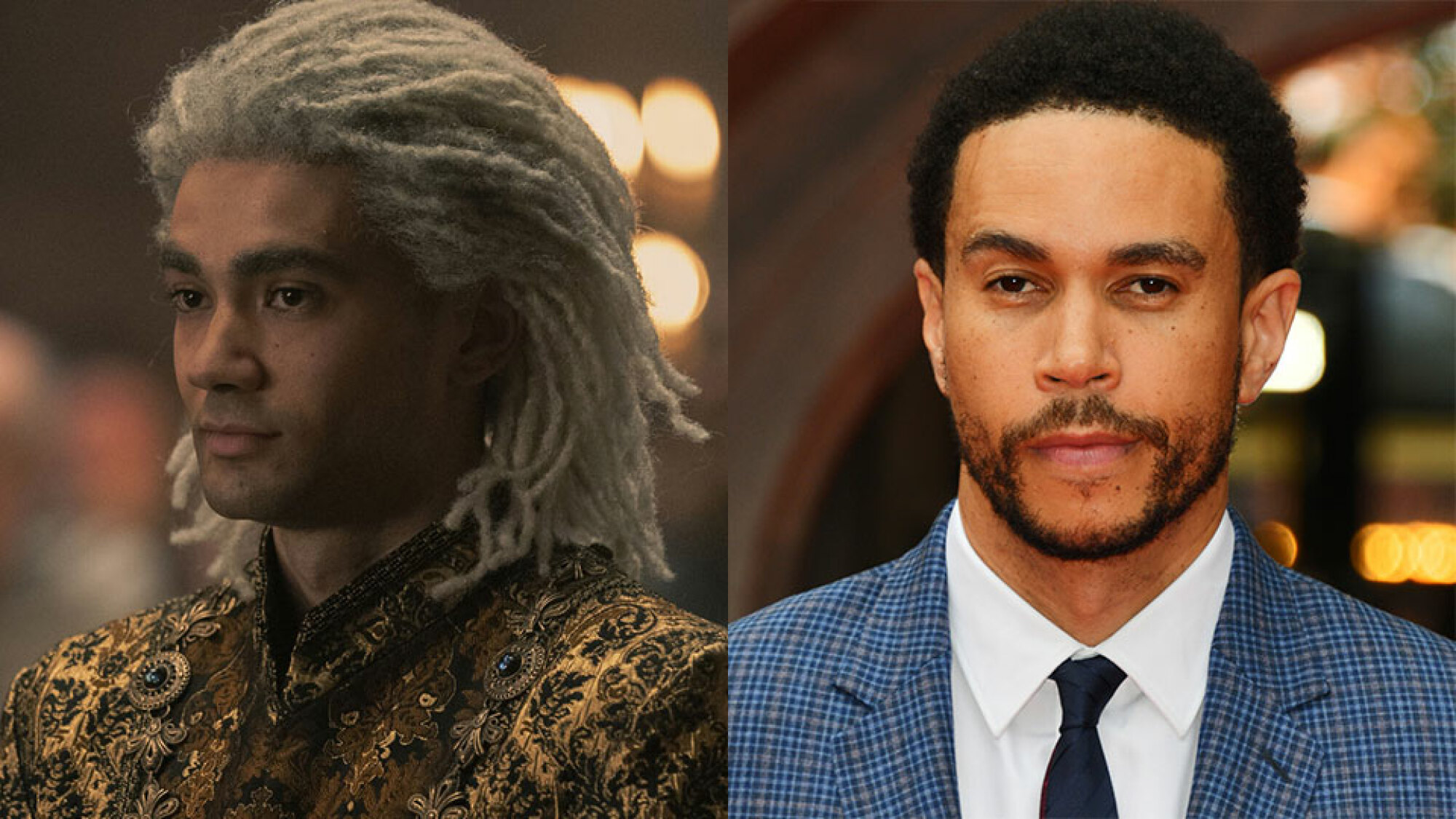 Like his sister, Laenor Velaryon is also being replaced. The son of Princess Rhaenys and Lord Corlys, heir to Driftmark, and now King Consort to Rhaenyra, he’s played by Theo Nate in the first half of House of the Dragonbut as of episode 6, he’ll pass the torch to John Macmillan, who starred in Michaela Coel’s Chewing Gum. We couldn’t track down an image of what he’ll look like in the show, so you’ll have to use your imagination for this one.

Aside from this it’s likely there will be some other, more minor character replacements, while most of the key players including King Viserys (Paddy Considine), Daemon Targaryen (Matt Smith), Rhaenys Targaryen (Eve Best), Lord Corlys Velaryon (Steve Toussaint), and Otto Hightower (Rhys Ifans), will remain (although it looks like Considine, in particular, is now spending more time in the makeup chair to create the impression of age).

New House of the Dragon episodes are available every Sunday on HBO and HBO Max.(opens in a new tab)