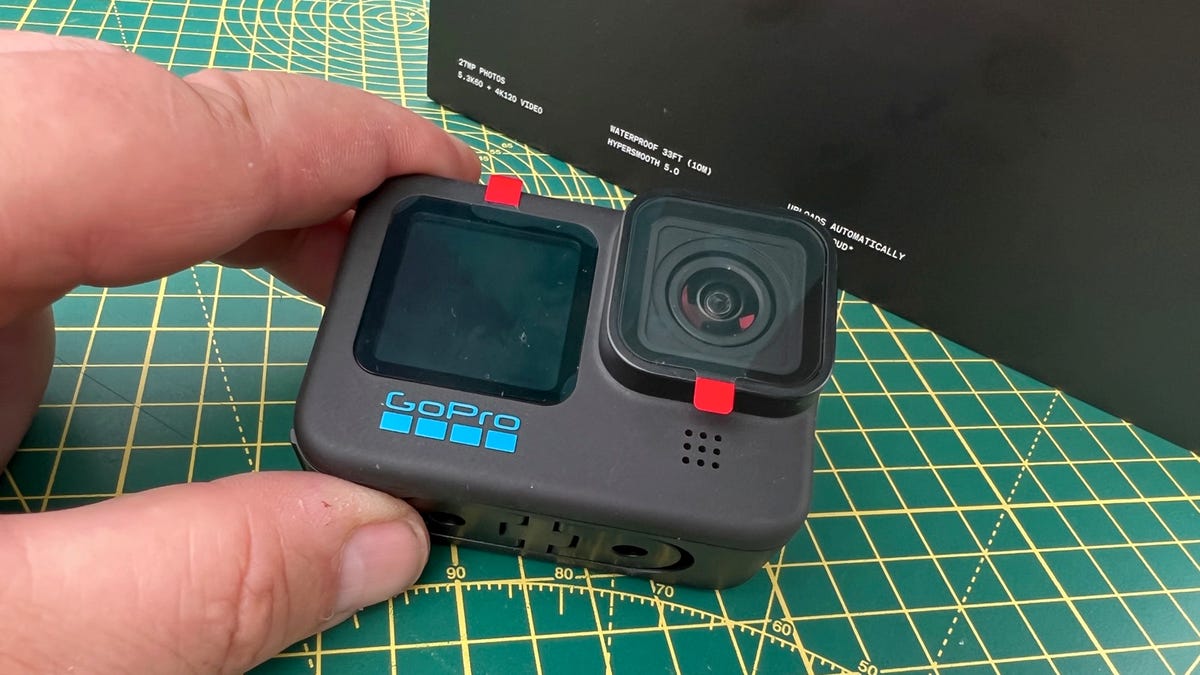 The world’s best — and most recognizable — action camera gets an upgrade with the release of the GoPro Hero 11 Black.

Bigger sensor, better colors, better stabilization, and the widest, most expansive field of view ever found natively in a Hero camera — all built into a durable, lightweight package.

Here I’m going to focus on the Hero 11 Black, because that was the camera sent to me for testing.

The bigger 1/1.9-inch sensor is a huge upgrade, not only capturing more light but also more colors (over a billion), with 10-bit color capturing 64 times the amount of colors that the previous 8-bit color GoPros could manage.

This means being able to capture more vivid and easier-to-process photos and videos no matter what the conditions.

The bigger sensor means the camera can capture more light, which, for people like myself who shoot in low-light or nighttime conditions (and for those who shoot underwater), means much better shots straight out of the camera.

Combine this with the new Star Trails feature built into the Hero 11 Black, and it opens up some amazing new possibilities.

It also does an amazing job when there’s a bright moon in the sky. Capturing stars when pointed at a full moon is hard, but the Hero 11 Black managed it no problem.

It even captured the formation of wispy clouds.

This is amazing performance for such a small camera, and something that’s actually quite tricky to do with a modern mirrorless camera costing several times what the Hero 11 Black costs.

And with the Hero 11 Black it was literally a case of set up the shot, choose the Star Trails setting, and pressing the button to start shooting.

The sensor inside the Hero 11 Black can capture video in an almost square 8:7 aspect ratio, which gives it the the largest vertical field of view of any GoPro so far. This allows the camera to simultaneously capture extra-tall 9:16 vertical video for Instagram or TikTok and high-resolution 16:9 video for YouTube.

All from a single capture.

As for durability, the Hero 11 Black is just as rugged and waterproof as previous editions, and doesn’t mind being left out overnight in the rain and dew, and dropped onto the floor and shook about when attached to vehicles.

And just in case you break the protective cover over the lens, this is removable just like the lens on the Hero 10 Black.

Another feature of the Hero 11 Black that I like is the inclusion of the Enduro Li-ion batteries in the box.

These 1720mAh lithium-ion batteries not only boost the camera’s runtime by up to 40% and offer up to 13% faster charging, but also improves cold-weather performance in temperatures down to 14°F (-10°C), and oPro.

These are batteries that should have been included with the Hero 10 Blackso it’s nice to see them included as standard now with this new camera.

Recharge time for the battery is approximately 3 hours.

In the box with the Hero 11 Black are all the standard mounts and bits and bobs that you’d expect to come with a GoPro (there’s even a cloth bag to carry it in), as well as a 32GB microSD storage card.

Everything you need to get going and start capturing photos and video.

It also comes with Gumby.

It’s a clamp with twisty-tie arms for allowing it to be lashed onto objects.

I’ve used the Gumby for lashing the camera to a variety of objects and found it super useful for a wide range of applications, far more so than the tiny tripod that was included with earlier GoPros.

Physically, the Hero 11 Black is identical to the Hero 10 Black. This means that cases and other accessories for the earlier model will still work. Also the identical button and screen layout means that there’s no having to relearn where everything is located.

When it comes to controlling the GoPro, it’s the setup that existing GoPro owners will be familiar with. There’s an on/off/mode button on the side, a shutter button on the top, and a touchscreen LED on the back. There’s also a smaller LCD display on the front that makes vlogging and selfies easier.

You can easy toggle between the two settings depending on your experience level and how much control you want to have over the GoPro.

This ability to switch between a simplified layout and having full control means that you can pick and choose when you want to camera to make the technical decisions, and when you want to take the helm and control everything.

It also means that you don’t need to spend hours reading the manual and experimenting to get good shots. Use the Easy Controls and start taking shots as soon as the battery is charged up!