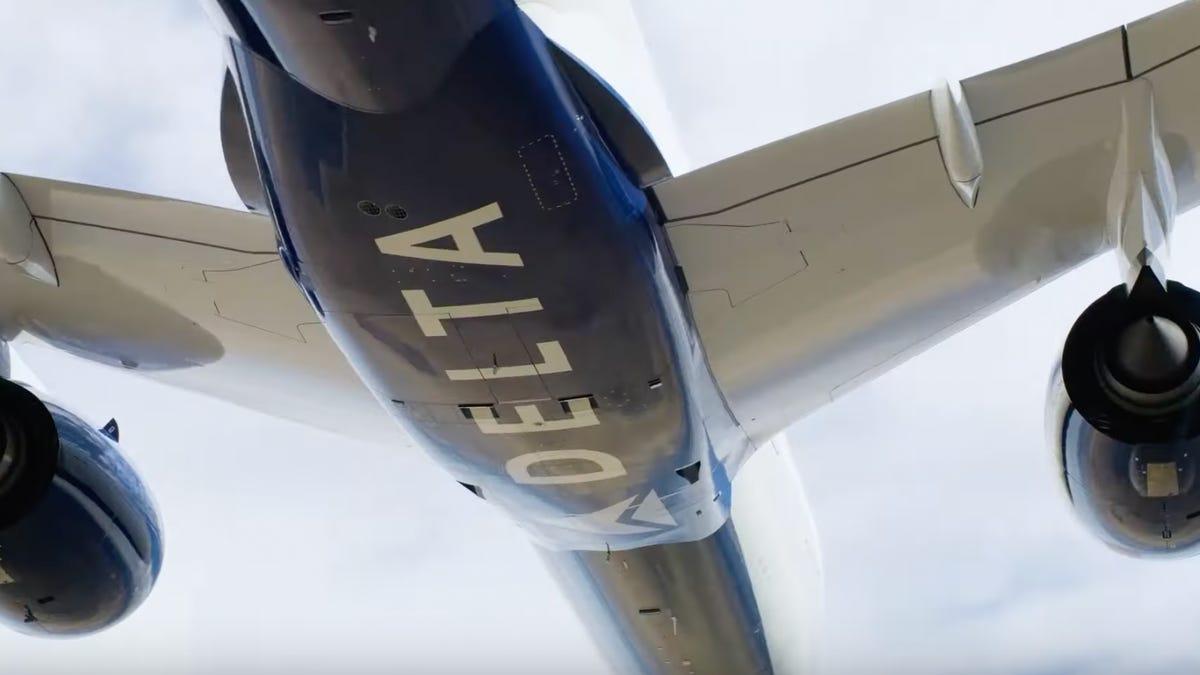 Yes, the last couple of years have been dismal for air travel, but we’re emerging on the other side.

Now, there’ll be joys. There’ll be real customer service. There might even be free food.

It’s new. It’s shiny. How much have you got?

Enter American Airlines. It made something of a song and dance — and, for all I know, a buffet — out of announcing shiny, fancy new cabins in business class and premium economy.

Those paying a lot more will discover suites with more space and the apogee of gated community privacy, a sliding door. If you’re not fully cocooned from the grime of the rest of the world, how can you possibly relax?

Those paying slightly less, but still more than economy, will find new reclining seats. No, these don’t have sliding doors, but they do have privacy wings. Because even a little separation between your ears and the aisle — or the person sitting next to you — is a significant bonus.

Delta Air Lines seems to be thinking along the same lines. It’s doing glorious things for its Premium Economy customers.

New tableware, for example, and a new menu to go with it. Sample: Impossible Meatballs with polenta, pomodorini sauce, and broccolini.

I see no privacy wings, but do you need them when you’re getting a bigger seat and a better meal?

Delta also offered a clue as to its strategy with improving the pricier experience. The airline’s vice president of brand experience, Mauricio Parise, mused: “Delta Premium Select sits at the intersection of luxury and practicality — giving customers the opportunity to treat themselves to a more spacious seat and premium experience at a lower price point compared to our Delta One cabin.”

It makes a lot of sense. You want to get out of economy and you’re generally changing your traveling lifestyle, so why not treat yourself kindly?

Speaking at the Skift Global Forum in September, he said: “People don’t need to keep a work life for five days, personal life for two days, and carve out two weeks a year for vacations.”

Instead, Raja explained that more and more people were combining business trips with trying to get over business trips. (The latter part is sometimes known as leisure.)

Many are already referring to this as bleisure. I find the first syllable feels too much like blahbut that’s just me.

But still, this is where your CFO might play a significant role. No, you don’t want to go on a bleisure trip with them, but they might have vast sway over your levels of comfort.

As Bloomberg recently reportedbusiness class seats are costing rather more these days, just as many companies are squeezing their travel budgets.

Also: The best tech deals under $20 on Amazon right now

A management consultant told Bloomberg that he didn’t have the budget to fly his team business class to a corporate gathering and was forced to fly economy. Even though he offered his team days off in lieu, he still thinks 20% of them will decide they don’t want to be team members that badly and will back out.

Yes, because economy isn’t for fancy business people, is it? Or is it? Some tech companies fly many employees economy these days.

How’s the air at the back?

Let’s spare a moment’s thought, though, for economy passengers. Those whose budgets may not stretch to privacy wings.

Is there any good news for them at all? Well, there might be a little. The Federal Aviation Administration is actually asking youthe public flyer, for your views about airplane seats and what their minimum size should be.

On average, airline seats are 1.5 inches narrower than they used to be. There’s also around 4 inches less space between the back of the seat in front and the back of yours.

As you grew — physically, that is — seats shrank, especially in economy. Which surely contributed to an increase in friction on planes.

The FAA’s reasoning on finally asking questions seems to be purely based on how quickly a plane can be evacuated in an emergency, when humans are so closely squeezed together.

Organizations such as FlyersRights have been trying for years to have rules enacted. FlyersRights insists (PDF) that passenger health is important too. Issues such as deep vein thrombosis and simple, excruciating pain really matter.

Many believe that airlines still might try to steal an inch here and an inch there.

Meanwhile if you have the money to spend, your comfort levels nearer the front of the plane might increase.

It’s the way of the current world, right?