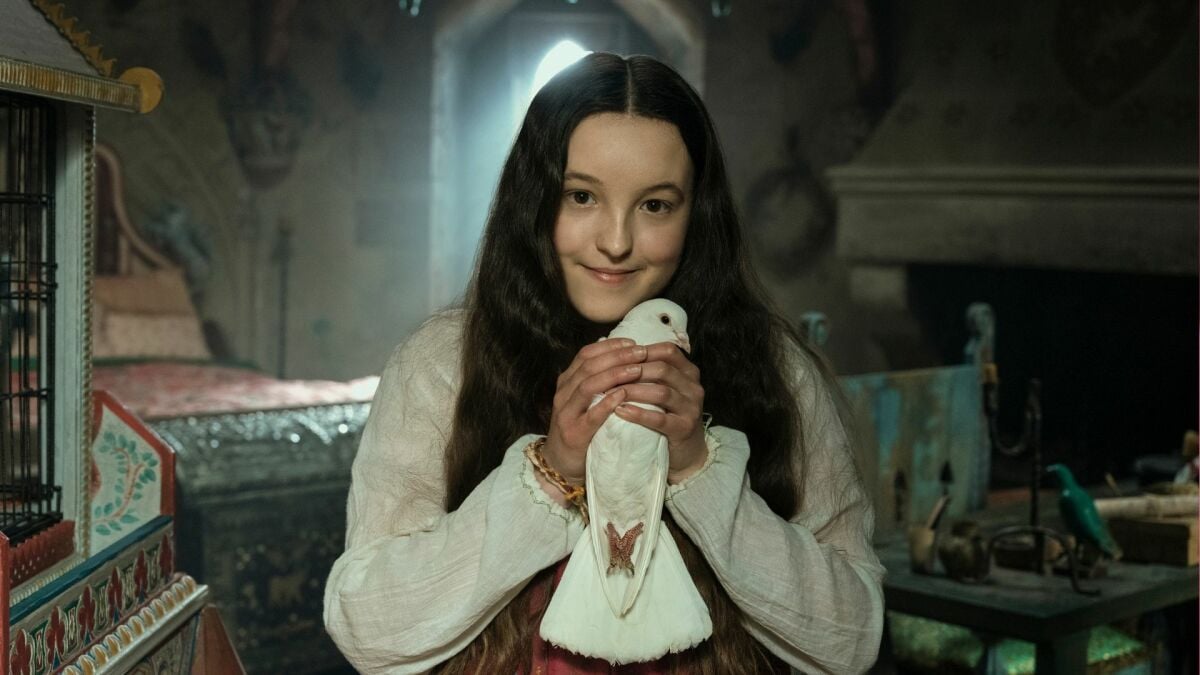 A meteoric rise, a provocative hit TV show, a brash public persona, and a long list of scandals has made Lena Dunham a controversial figure, to say the least. Yet, her newest film may be her most shocking move yet as the self-deprecating spitfire behind Girls delivers a feel-good, coming-of-age comedy for kids. While going PG-13 might seem wildly off-brand for the polarizing provocateur, Catherine Called Birdy is not only charming but also clearly true to Dunham’s voice.

Adapted from Karen Cushman’s award-winning children’s novel, Catherine Called Birdy centers on a 14-year-old lady (Bella Ramsey) forced to endure the indignities of being female and privileged in 13th-century England. While her brothers are allowed to learn swordplay or join a monastery full of cute boys, she is urged to do embroidery, look pretty, and generally play the part of a lady. But like the heroines close to Dunham’s heart, Birdy bristles against the societal expectations that would suffocate her. She loves mud fights and pulling pranks with her loyal pal Perkin (Michael Woolfitt), and making up new curse words. So, when her father (Fleabag‘s Andrew Scott) decides it’s time to marry her off, rebellious hijinks ensue.

Catherine Called Birdy is all about Girl Power.

This is to say, this kids’ movie has a juvenile concept of feminism that begins and ends with girls should be able to determine their own destinies, as opposed to having old men do it for them. A theme infuriatingly timeless, it is cemented in a sequence where Birdy bellows to a lord, “You don’t get to decide who we are or where we go or how much we cost — like we’re just things! We’re not things. We’re people. And we can think and we can hear and we can feel!”

The message might be simplistic for adults, but it nonetheless hits thanks to Ramsey’s resolute performance. In turn, she is righteously outraged, perniciously playful, and winsomely wacky as she strives to shrug off her familial obligations and turn off the fully grown suitors (like a sniveling Russell Brand), who would wed Birdy. In contrast to her tomboy personality and generally revolting nature, there is her beloved best friend, Aelis (a wide-eyed Isis Hainsworth), who is feminine, obedient, and quite good at embroidery. By embracing Aelis, Birdy neatly avoids demonizing those who find fulfillment in activities or behavior flagged (and denigrated) as femme. Dunham underscores its argument by presenting new paths for Aelis’s empowerment and happiness, beyond what the source material offered.

From Bella Ramsey to Andrew Scott and Billie Piper, Catherine Called Birdy has an excellent cast. 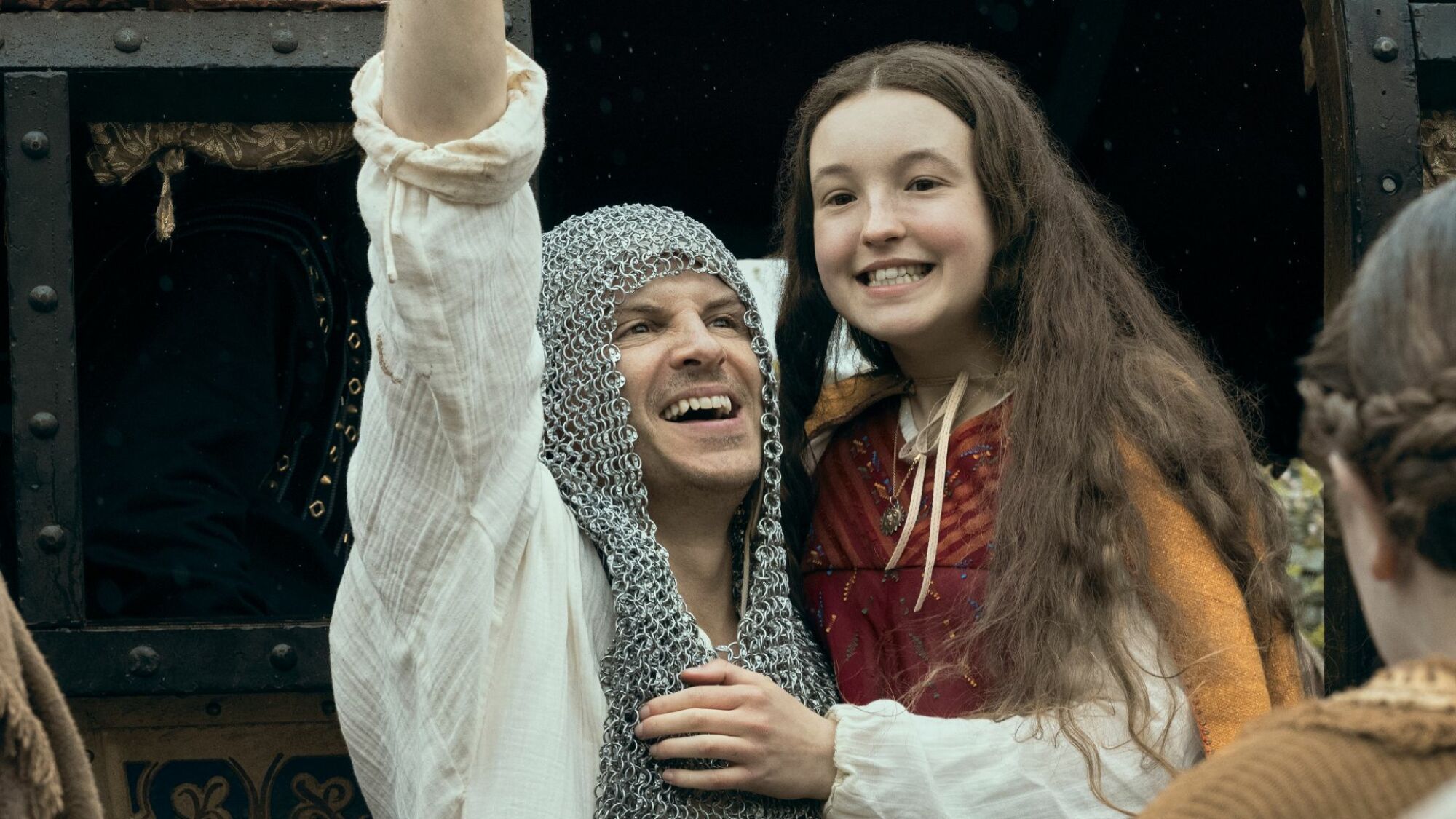 With GirlsDunham gifted the world with the wonder that is Adam Driver (and Allison Williams and Zosia Mamet and Andrew Rannells). With Birdyshe’s assembled a crackerjack cast that brings the perfect amounts of pathos and levity to this tragedy-strewn comedy.

Expanding the depiction of womanhood in the film are empathetic character arcs for women of different social standings. The beguiling Sophie Okonedo portrays a wealthy widow named Ethelfritha whose joie de vivre seems to be rooted in her affluence, which offers her an autonomy and protection unavailable to women without financial security. Conversely, Birdy’s mother, Lady Aislinn (Billie Piper), is a devoted and patient parent who has endured a string of traumatizing miscarriages in her quest to build her family. A sequence depicting medieval birthing techniques avoids being graphic to appease its PG-13 needs, but it is nonetheless powerful thanks to Piper’s intensity and Scott’s passion.

Representing the lower class, Lesley Sharp brings a sharp tongue and a big heart to the role of Birdy’s nurse, Morwenna, who endures tantrums and comically incorrect rants about sex from the teen aristocrat. However, Sharp and the winsome Rita Bernard-Shaw, who plays a snort-laughing servant girl, get the short end of the stick with small roles that portray being lower class as a sort of blessing where who you marry isn’t as high-pressure an issue. Which is, yeah, the kind of blindspot we’d expect from Dunham.

Dear white women: Here’s how to step up for women of color

Catherine Called Birdy is another Dunham tale of an obnoxious, privileged white heroine. 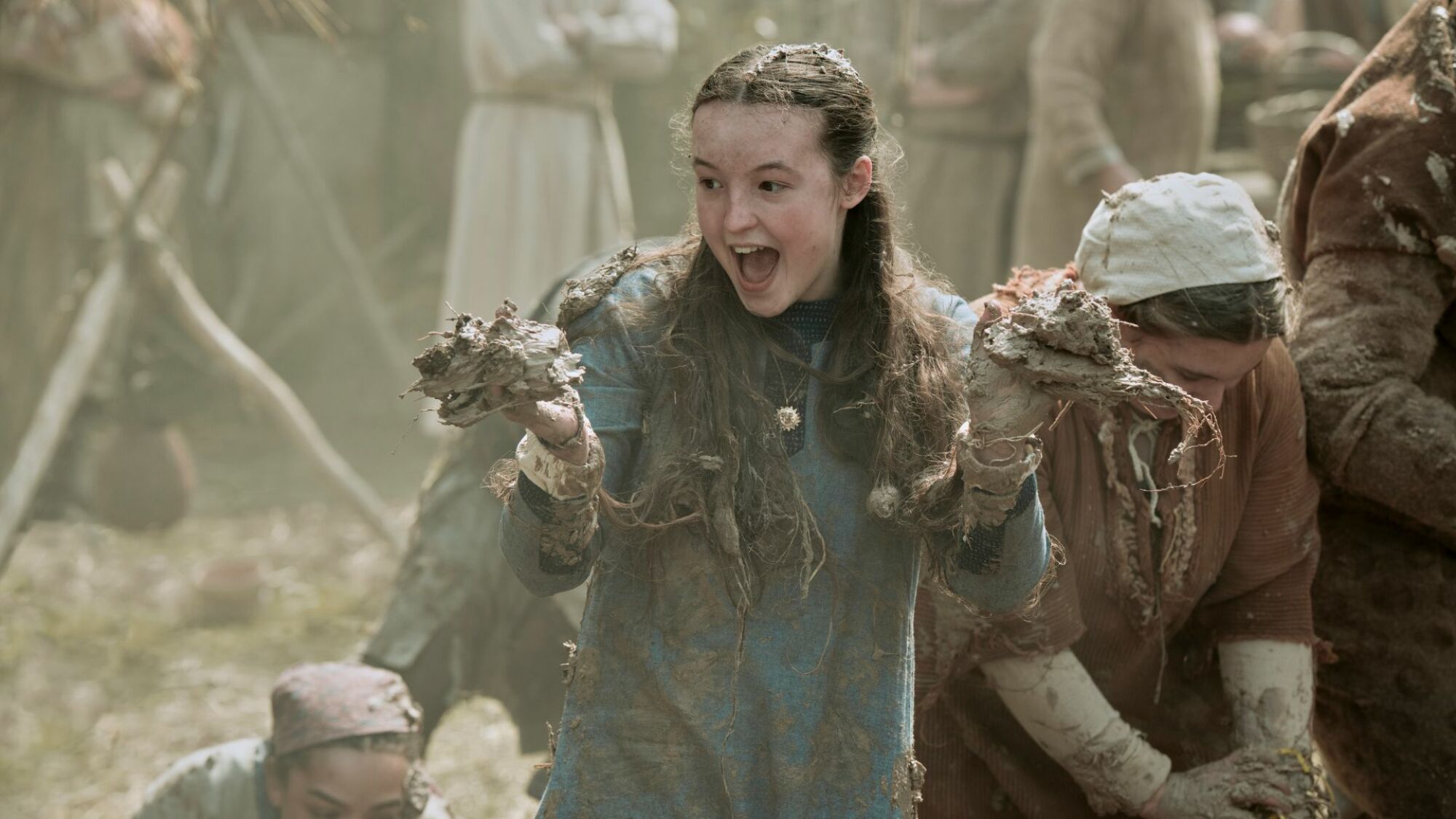 Be it Tiny Furniture, Girls, or her 2022 Sundance offering Sharp Stick, Dunham tends to center her narratives on white heroines oblivious to their privilege or blindspots. Admittedly, some of the humor in Dunham’s work comes from the self-aware cringe factor of these blundering protagonists, just as some criticism of her is how it’s believed she aligns with them. However, such obliviousness can be charming in a teen protagonist (see Emma or Clueless or Eighth Grade), as good coming-of-age stories remind us of our own awkward stages of selfishness — and maybe force us to recognize those we haven’t yet outgrown.

There is a knowing cringe in Catherine Called Birdy. As its titular trainwreck plunges into ill-fated crushes, brutal barbs, and impulsive acts that carry serious consequences, you may well wince. However, and perhaps because this is a kid’s movie, Dunham doesn’t push her audience into the abject unease her work is known for. A buoyant tone is bolstered by an anachronistic soundtrack, where breathy singer Misty Miller covers songs like “Young Turks,” “Girl on Fire,” “My Boyfriend’s Back,” and “Alright.” This, plus comedy bits where smallpox and dowry negotiations are played for laughs urge us to cackle, whether Birdy is covering a would-be beau in pigeons or warding off another by setting an outhouse on fire. In this movie, privilege protects Birdy from serious consequences and us from having to confront the grim realities this story dances around.

Catherine Called Birdy is a buoyantly entertaining romp through teendom in the middle ages. Dunham weaves in a modern sensibility with its messaging, character arcs, and a dash of queer representation in a supporting character. While the film touches on adult topics like miscarriage, misogyny, arranged marriages, and sex, Dunham’s clever screenplay is playful rather than provocative. True to the perspective of her naive but observant heroine, the film avoids showcasing mature content in lieu of suggesting its impact through character reactions. So, rather than a graphic shot of birth, Dunham focuses on the husband bolstering his wife physically and emotionally. However, the film is frank about menstruation, not shying away from revealing Birdy’s blood-stained britches and the rags she resolutely hides to stave off being seen as a woman. But if your kid has seen Turning Red, they’re probably ready for Catherine Called Birdy.

For better and worse, Catherine Called Birdy is a true-to-Dunham joint. Focusing on an oblivious and privileged, rich, white girl, it leans into cringe comedy — but not so far that it’ll alienate kids or make their grown-ups blanch. (Though you may want an answer ready to explain what a virgin is.) The film comes alive with crackling dialogue and a charismatic cast who bring light into this dark age. Between the mischievous charm of Bella Ramsey and the Hollywood-minded alterations Lena Dunham has made from Karen Cushman’s novel of the same name, Catherine Called Birdy is a coming-of-age comedy that’s sure to please.

Catherine Called Birdy made its world premiere at the 2022 Toronto International Film Festival in the Special Presentations slate. The film will open in theaters Sept. 23, then come to Prime Video on Oct. 7.

Share
Facebook
Twitter
Pinterest
WhatsApp
Previous articleI just spent a week with a robot cat and my life will never be the same
Next articleCoco, Encanto, Moana and Zootopia May Arrive at Disney Parks