HomeWorld NewsCan foreign tourists visit China? Everything you need to know about the...
World News

Can foreign tourists visit China? Everything you need to know about the country’s reopening 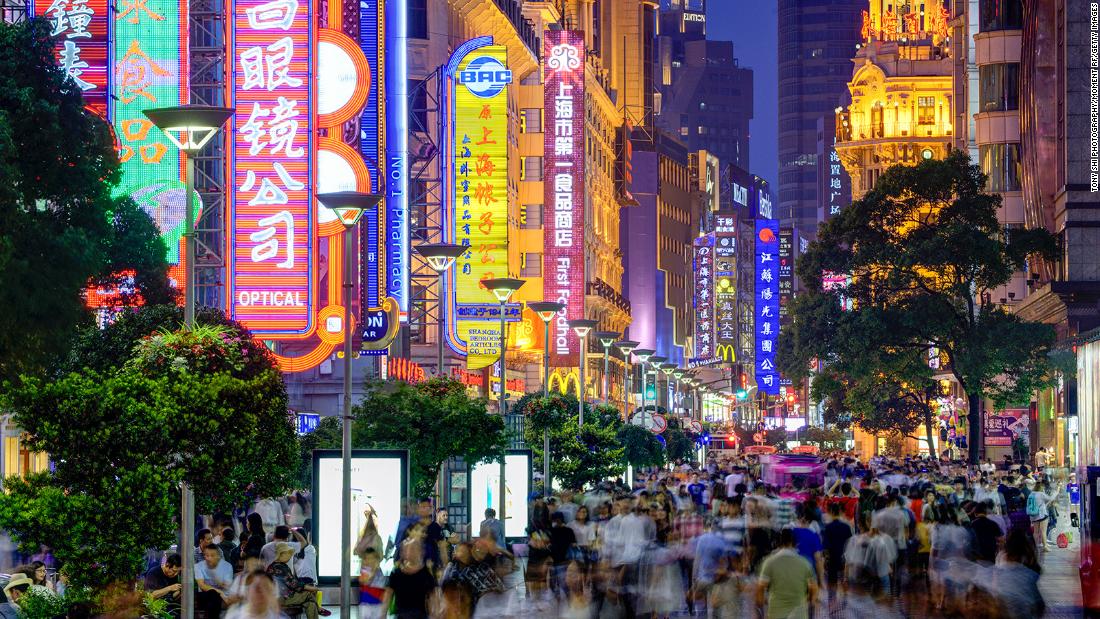 Editor’s Note — Sign up for Unlocking the World, CNN Travel’s weekly newsletter. Get news about destinations opening, inspiration for future adventures, plus the latest in aviation, food and drink, where to stay and other travel developments.

(CNN) — Some potentially good news for travelers hoping to visit China in 2023.

After nearly three years of being largely cut off from the world, Chinese authorities announced the lifting of several major Covid-related entry restrictions that take effect on January 8.

Among these, China has dropped quarantine requirements for all international arrivals, its most significant move yet as it veers away from its stringent zero-Covid policy. But who can visit?

Here, we address some of the major questions that might be on travelers’ minds right now as they start planning their 2023 journeys.

Can foreigners travel to China for leisure tourism now?

China isn’t rolling out the red carpet for international leisure tourists looking to experience the country’s many attractions just yet.

Borders remain largely closed to foreigners, apart from business or family visits, though the government has signaled it is looking to ease restrictions in this area, too. No timeline has been announced.

According to the government notices, for now it plans to focus on facilitating visa applications for foreign nationals traveling to China for business, employment, study, family visits and reunions.

George Cao, CEO of Dragon Trail Internationala China-focused marketing and research company, tells CNN Travel via email that several things need to happen before the country will reopen to leisure tourists following the lifting of quarantine.

“The next step is for China to once again start issuing visas for the purpose of tourism. Although this is part of the reopening plan that has been announced, we don’t yet have an official date,” he says.

“It’s also crucial for the international flight schedule to increase, which will make it easier to get to China and also bring down flight prices, which are still well above pre-pandemic levels. This has already started for certain destinations — for example, many flights between China and South Korea, and between China and Singapore have resumed already.”

But it’s not clear yet how quick the process will be for other destinations/routes, he adds.

What are the new rules?

As noted, quarantine is no longer required as of January 8. (Prior to that date inbound travelers were subjected to five days of hotel quarantine and three days of self-isolation at home upon arrival.)

Travelers heading into China now are only required to take a nucleic acid test 48 hours before departure. Those with negative results no longer have to apply for a green health code from Chinese embassies and consulates abroad before entering.

They do however need to fill in the results in their customs health declaration forms. If they test positive, they will not be permitted to travel to China until their tests come back negative.

Though foreign leisure tourists can’t visit yet, the changes are particularly welcome for Chinese nationals studying or working outside the country. Those who could not afford the sky-high prices of plane tickets and lengthy hotel quarantines have not been able to go home for nearly three years.

Is international tourism important to China?

Even when borders do open to international tourists, the question of how much demand there is in both the short- and long-term remains.

“This is a big unknown at the moment, and will be one of the most critical factors in the recovery of inbound travel into China in the months and years to come,” says Cao.

“The Chinese government has increasingly recognized the importance of inbound travel, and China was one of the world’s leading tourism destinations in 2019, with 65.7 million arrivals.”

He adds his company expects that the government will allocate more resources to the promotion of inbound travel in the years to come, “to rebuild and expand this market, and develop new destinations and itineraries for international visitors.”

What are the current Covid restrictions in China?

Technically there are no government mandates in place concerning face masks/social distancing. But those visiting indoor public spaces or riding on public transportation will likely be asked to put on a mask.

The outbreak has overwhelmed hospitals and crematoriums, triggered shortages of basic medicines, and sparked fears of an even darker month ahead as experts warn of a spread to less resourced rural areas during the upcoming Lunar New Year.

And now, the World Health Organization is accusing China of “under-representing” the severity of its Covid outbreak and has criticized its “narrow” definition of what constitutes a Covid death, as top global health officials urge Beijing to share more data about the explosive spread.

Is domestic travel picking up again?

Throughout the pandemic, domestic travel has ebbed and flowed in line with changing Covid scenarios. Unable to travel freely, many Chinese chose to explore within their country’s borders during the pandemic.

“But there are no longer restrictions on movement with digital health codes, as there were before this December,” he says. “We are already starting to see some hot spots emerging as China’s domestic market recovers once again.”

Among these is the island province of Hainan, Cao says, pointing to data from Chinese online travel agencies Ctrip and Qunar, which have both reported significant increases in bookings and searches for flights to Sanya, a popular resort city on the island.

“Qunar’s data shows increases in bookings from Beijing especially, as the first batch of people who contracted Covid after restrictions were removed have now recovered,” says Cao.

Most major attractions in China, such as museums, theme parks and national parks, are now open to visitors.

What are the Covid restrictions in Hong Kong?

Hong Kong is trying to revitalize itself after the Covid-19 pandemic by bringing back many tourist attractions. CNN’s Kristie Lu Stout reports.

Unlike mainland China, Hong Kong — a special administrative region — is now fully open to international travelers and has lifted most of its entry restrictions.

On December 28, the city scrapped its requirement for incoming travelers to do a mandatory PCR Covid-19 test on arrival.

Inbound travelers to Hong Kong still have to present negative results from PCR tests conducted within 48 hours or rapid antigen tests (RAT) within 24 hours before their flights to Hong Kong.

The government has also ditched its vaccine pass, which the public needed to use as proof of vaccination to enter most venues.

There’s no longer a cap on public gatherings, however the mask mandate remains compulsory in all public venues, including outdoors.

Travelers arriving in the city are also still asked to do rapid antigen tests (RAT) for five days upon arrival.

Meanwhile, the Chinese government reopened its border with Hong Kong on January 8.

Up to 60,000 Hong Kong residents are able to cross the border into the mainland daily, and vice versa, through land, air and sea port.

Prior to this month’s loosening of restrictions, authorities in China had imposed a de facto international travel ban, forbidding citizens from going overseas for “nonessential” reasons.

But as of January 8, international travel for leisure is once again permitted.

According to a report from Chinese state mediathe National Immigration Administration issued a notice in late December saying it will resume accepting and approving Chinese citizens’ applications for ordinary passports for the purposes of tourism starting from January 8.

Is demand high for overseas travel among Chinese?

Thailand has long been a popular destination for Chinese travelers.

By all appearances, China’s travel-starved citizens are excited to journey abroad freely again.

Many Weibo users (a social media platform in China) have been celebrating their newfound freedom to travel with the hashtag “Where to travel abroad next year” racking up close to 80 million views in late December.

Online searches for outbound flights and hotels overseas jumped to a three-year peak in the final days of 2022 on Trip.com, according to company data.

Searches for popular destinations increased tenfold within 30 minutes of the reopening announcement, with many people searching for outbound group tours during the Lunar New Year holiday season in January, data shows.

Macao, Hong Kong, Japan, Thailand, South Korea, the United States and the United Kingdom were among the website’s top 10 destinations with the fastest growth in search volume since the announcement.

How has the world reacted to the news?

The lifting of restrictions has proven to be quite controversial.

Much has been said about the importance of Chinese tourists in the global tourism economy’s recovery efforts.

Before the pandemic, China was the world’s largest market for outbound travel, having went from 4.5 million travelers in 2000 to 150 million in 2018. The country is also the world’s largest spender, accounting for $277 billion or 16% of the world’s total $1.7 trillion international tourism spending, according to the UN’s World Tourism Organization.

China alone contributed 51% of the travel and tourism GDP in the Asia-Pacific region in 2018, according to the World Travel and Tourism Council. And Chinese travelers typically accounted for 30% of all arrivals in Thailand.

But now that they’re ready to travel again, much of the world is exhibiting anxiousness surrounding their return due to the Covid-19 situation in the country.

Multiple destinations including the US, Australia, the UK and Japan, are adding additional Covid-19 testing requirements to passengers flying in from China, either directly or via a third country.

“Several countries are introducing Covid-19 testing and other measures for travelers from China, even though the virus is already circulating widely within their borders. It is extremely disappointing to see this knee-jerk reinstatement of measures that have proven ineffective over the last three years,” Walsh said. “Governments must base their decisions on ‘science facts’ rather than ‘science politics’,” he added.

From 700 million years ago to the World Cup: Inside Qatar’s best museums