HomeGadgetsApple's iPad mini is $100 off, plus the rest of the week's...
Gadgets

Apple’s iPad mini is $100 off, plus the rest of the week’s best tech deals 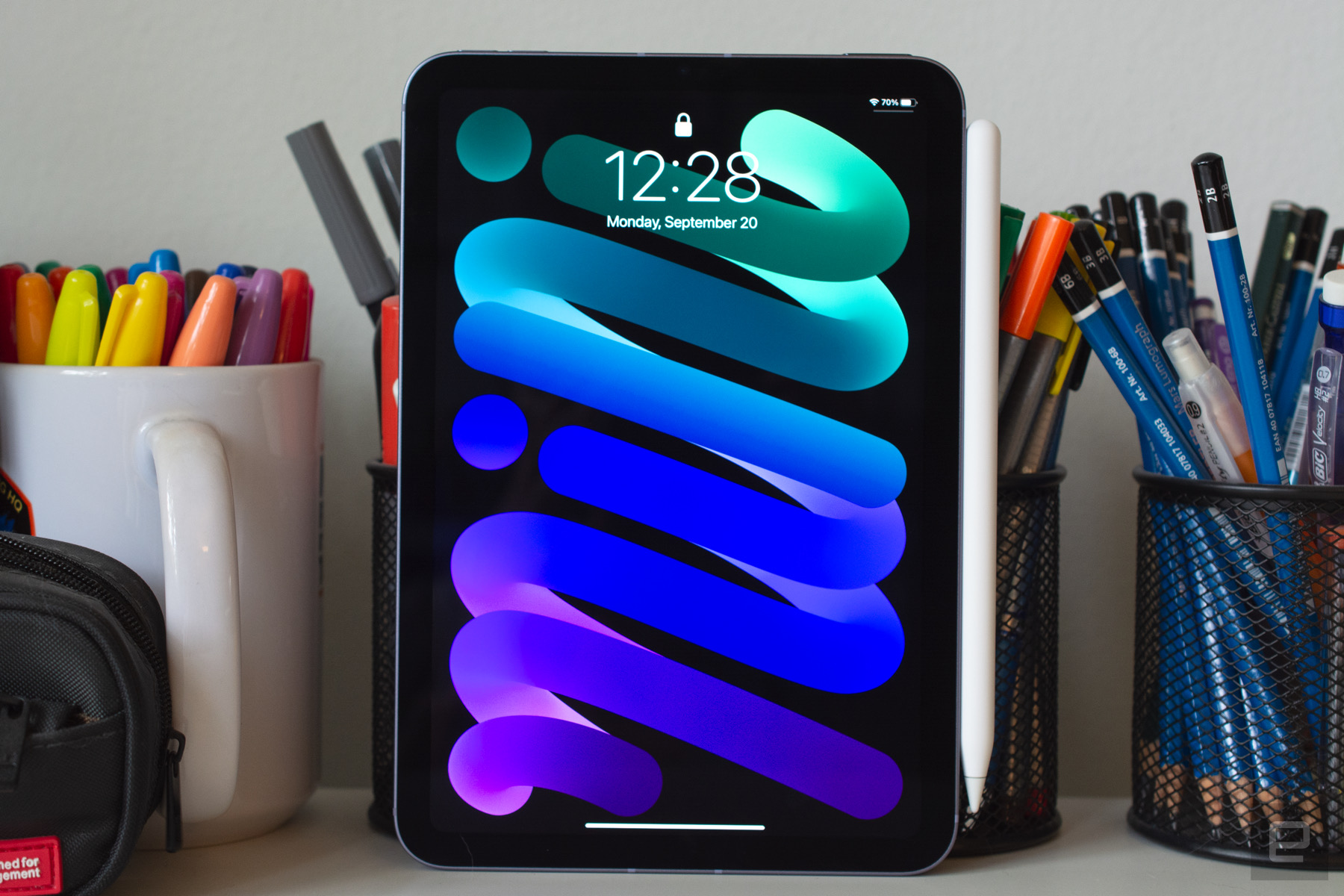 This week’s tech news may have been dominated by the launch of the iPhone 14, but there are many good deals on existing gadgets that you can pick up right now, too. Apple’s iPad mini is $100 off and down to its best price ever, while the AirPods Max remain on sale for $429. A few Samsung storage devices have dropped in price, and you can still pick up Solo Stove fire pits for up to 45 percent off. Plus, you can save a bunch on streaming services right now as Disney+, Hulu + Live TV and HBO Max are all running sales on their subscription plans. Here are the best tech deals from this week that you can still get today.

Apple’s iPad mini is $100 off and down to $400 right now, which is the cheapest we’ve seen it. We gave the tablet a score of 89 for its powerful performance, refined design and USB-C charging.

Apple’s entry-level iPad has dropped to a new all-time low of $280. We gave it a score of 86 for its solid performance, excellent battery life and improved Center Stage cameras.

The Apple TV 4K is back in stock at Amazon and on sale for $120. While not quite as cheap as it was on Prime Day in July ($109), this remains one of the best prices we’ve seen no our favorite high-end set-top box. We gave the device a score of 90 for its fast performance, Dolby Vision and Atmos support, HomeKit integration and much-improved Siri remote.

Apple’s AirPods Max are $120 off and down to $429, which is the cheapest price we’ve seen them on Amazon. We gave the headphones a score of 84 for their excellent sound quality, comfortable fit and strong ANC.

Samsung’s latest wireless earbuds, the Galaxy Buds 2 Proare on sale for the first time and down to $155. That’s $75 off and a great deal on what we consider to be the company’s best earbuds to date. We gave them a score of 86 for their solid sound quality, improved ANC and better fit.

Samsung’s Smart Monitor M8 is $110 cheaper than usual, bringing it down to $590. The company came out with this all-in-one display earlier this year and it’s designed for those that want one screen that can do a lot of things. It works as a standard monitor, but it also comes with streaming technology built in, so you can use it as a smart TV as well.

The 1TB model of the Samsung T7 Shield SSD is on sale for $110, which is close to a record-low price. This rugged drive has a tough exterior that can withstand drops from nearly 10 feet, plus an IP65 rating for dust- and water-resistance. It also has the same read/write speeds of the other T7 models and works with a bunch of devices including PC, Mac, Android and even some game consoles.

Solo Stove’s fire pits and bundles remain discounted right now. The Ranger 2.0, Bonfire 2.0 and Yukon 2.0 are down to $200, $230 and $430, respectively, and you can save on most bundles, too, including the Bonfire Backyard Bundle 2.0 that gives you a spark shield, stand, shelter, carrying case and lid along with the aforementioned fire pit. The sale also includes the new Mesa tabletop fire pitwhich has been discounted from $120 to $80.

In honor of Disney+ Day, the House of Mouse has discounted its streaming service to $2 for the first month for new and returning subscribers. That’s 75 percent off the normal monthly rate, which is one of the best discounts we’ve seen even if it only applies to one month of membership. After that first month, your subscription will go back up to $8. You have until September 19th to get this deal.

Hulu’s latest promotion knocks $20 off its Live TV subscription service for three months for new and returning customers. That means you’ll pay $50 per month for the service instead of the usual $70 for the first three months that you’re subscribed. You can take advantage of the offer through October 5th, and with it you get live TV access along with standard Hulu streaming as well as access to Disney+ and ESPN+ libraries.

HBO Max has discounted its annual plan, so you can save 30 percent if you sign up and pay for one year upfront. If you can deal with ads, the service will cost $70 for 12 months, down from the usual $100. to get an ad-free experience, you’ll pay $105, which is $45 off the usual rate.