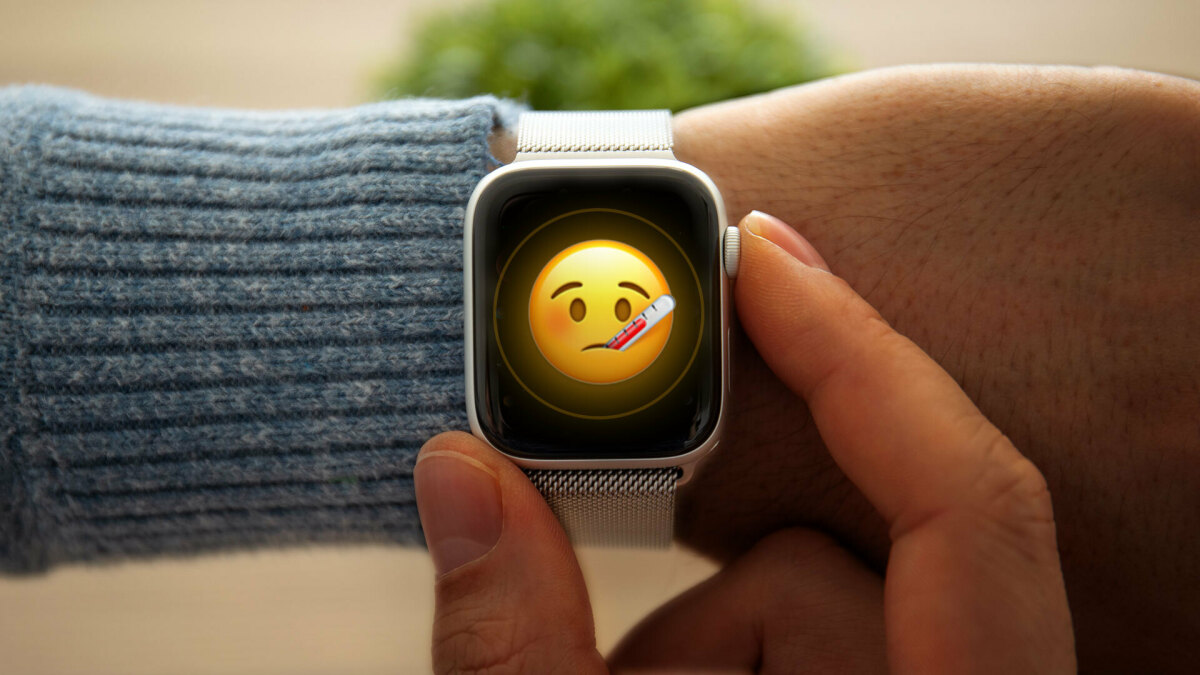 The Apple Watch buzzed on my limp wrist. Squinting, I saw an exclamatory reminder to stand. If I could just move for one minute, I’d make progress toward my standing goal. Thanks for the nudge, I thought, but I have bigger problems: my first-ever COVID infection.

The beginning of my mild bout with the virus was uneventful. Then came the fatigue. Exhausted in bed, I left the watch on after noticing odd heart palpitations and chest vibrations. It made sense to continue tracking my heart rate. I even turned on the Apple Watch’s irregular heart rhythm detection feature out of caution. But when I explored temporarily pausing fitness goal-related notifications — because who wants to be roused from a two-hour nap with a message to exercise more? — I learned that this particular smartwatch doesn’t have a sick-day mode yet.

Since I’d received the watch as a gift earlier in the year, I was still a newbie user, but I enjoyed maintaining streaks related to movement and exercise. It didn’t hurt that my watch celebrated my activity streaks. Those notifications gave me a satisfying sense of accomplishment. But more than two years into a global pandemic that’s claimed millions of lives and led to long-term chronic illness and disability for many othersI figured the Apple Watch would also let me rest — and not count that against my hard-won momentum.

Instead, I learned that Apple doesn’t make this easy. One workaround is to change your goals altogether. I did this after a few days of ignoring and manually silencing notifications, but the absence of a rest-day option felt glaring. A COVID infection, or any other illness, will ruin your streak if you actually stop to take care of yourself.

Apple’s next iPhone event is set for Sept. 7

The idea of sick mode isn’t new; users have pressed Apple to include one for years. This might seem frivolous given that an Apple Watch is a luxury item. On the scale of the major crises we face, insisting that smartwatches offer rest days might seem laughable. Yet this missing feature reflects cultural values: namely, the insistence that powering through discomfort, exhaustion, and pain makes you a better person.

Recall what happened to the athletes Naomi Osaka and Simone Biles when they chose last year not to participate in high-profile competitions in order to preserve their emotional and physical well-being. They were embraced by many but vilified by others who suggested they were narcissistic quitters. Apple, the most influential personal tech company in the world, has an opportunity to lead by example and demonstrate that the key to wellness is, in fact, rest. (The company didn’t respond to Mashable’s request for comment about pleas for a sick-day mode.)

Currently, the onus is on the wearer to improvise a temporary solution so they can take a break without betraying their goals or streaks. But Dr. Pamela Rutledge, Ph.D., a psychologist and director of the Media Psychology Research Centertold me that people shouldn’t have to develop hacks to maintain their exercise or movement streaks while ill. This might include creating a “placeholder” exercise that just counts time in order to satisfy a fitness tracker, or in Apple Watch parlance, “close your rings.”

“You shouldn’t have to disguise illness or be ashamed that you need to take some time off,” said Rutledge, adding that constant reminders of the goals you’re not meeting sends a specific message. “It’s really sort of negative…it’s like you’re not good enough. You’ve invested in this streak or you’ve invested in these numbers and now you are falling short.”

Rutledge said that streaks can be meaningful to people. Human beings are wired to detect patterns in their environment. When those patterns reflect our own efforts, they become personally relevant. It’s not just a streak — it’s our streak, which makes it that much harder to break.

“You shouldn’t have to disguise illness or be ashamed that you need to take some time off.”

The psychological appeal of streaks is a boon for technology companies and platforms, said Adam Alter, a psychologist and author of Irresistible: The Rise of Addictive Technology and the Business of Keeping Us Hooked. He believes that streaks “encourage obsessive engagement rather than healthy engagement” by making it possible to turn a pleasurable or healthy activity into a compulsive behavior people feel obligated to do even when they’re tired, sick, or simply need a break.

Alter, who is also a professor of marketing at New York University’s Stern School of Business, said that companies that develop streak-based products are likely reticent to make it easier for consumers to stop engaging in related habits, even temporarily.

“Giving people the option to turn off a streak function takes all the power from the platform and gives it to the user,” Alter wrote in an email. “I imagine allowing people to take a break is the last thing a company would do if it’s trying to encourage unbroken engagement.”

Apple Watch competitor Fitbit also lacks a rest or sick-day option, though it does have a “daily readiness score” to help users determine whether they should workout or prioritize recovery. Garmin offers a “pause” function that hides the wearer’s status as well as certain performance metrics. The Oura ring, which provides detailed data about physical wellness but didn’t start as a fitness tracker, will actually tell a wearer to rest based on its interpretation of heart rate, sleep, and temperature data. If it detects that something is off — perhaps the wearer didn’t sleep enough the previous night or is in the beginning stages of illness — the ring’s app suggests turning on “rest mode.” The function emphasizes the importance of balancing rest, recovery, and activity.

Caroline Kryder, Oura’s science communications lead and product marketing manager, told me that the ring doesn’t have or prompt streaks. While it does award wearers with a digital crown each time their sleep, activity, and physical readiness scores rise above a certain threshold, there’s no messaging urging a user to maintain consecutive days of wellness or risk losing a streak. Instead, users often write to the company to say that its voice reminds them of a loving big sister who might say, “Hey, go to bed early, you don’t seem like you feel well.”

Kryder said that many users engage rest mode. A subset of users with chronic illness or physical limitations use the function constantly. Though rest mode launched in October 2020several months into the pandemic, Kryder said it wasn’t a response to widespread illness. Instead, the function had been in development prior to COVID-19 and came naturally because the Oura ring was first and foremost designed to detect sleep patterns so wearers could improve their nighttime rest.

After all, “sleep tends to be ultimate rest, the foundation for everything else you want to accomplish,” said Kryder.

I can certainly attest to that. My tangle with COVID led to a debilitating case of insomnia. Sleep disturbances following a COVID infection are not uncommon. One study of long COVID patients found that more than 40 percent of 682 participants had moderate to severe sleep issues following their illness. My sleeplessness has improved significantly in the 10 weeks since I contracted the virus, but I’m still not ready to return to early-morning training sessions. Instead, I’m trying to play the long game with my recovery, respecting my body’s limits with the faith that doing so will ultimately make me stronger and healthier. Looking back, I wish my Apple Watch had made it easier, or even encouraged me, to do that in the first place.