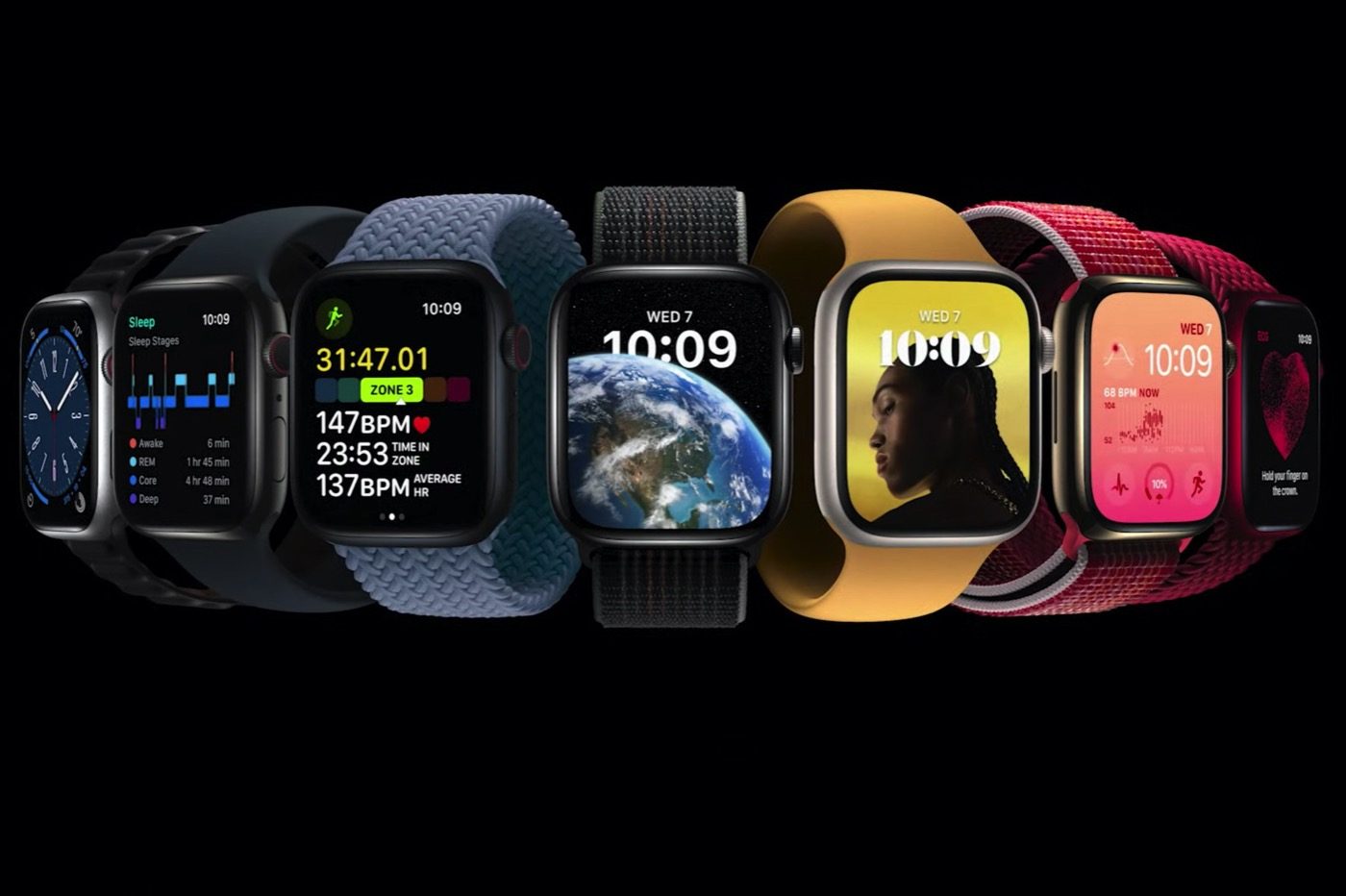 The rumors were accurate. During its keynote, Apple presented three new connected watches: the Apple Watch Series 8, which is the basic product, a new Apple Watch SE, the affordable product, but also the Apple Watch Ultra, which is a brand new category intended for athletes and lovers of extreme sports.

The crown is still present, but Apple has also added another customizable button, which the user can customize to access the functions of the watch. And since the Apple Watch Ultra is designed for extreme conditions, Apple installed three microphones in it to improve sound quality during calls. Added to this is a new algorithm for reducing environmental noise, as well as a function supposed to eliminate wind noise during calls.

And since the case is larger, Apple was able to install a larger battery in it. The Apple Watch Ultra thus has an exceptional autonomy (for an Apple Watch) of 36 hours in normal use, and 60 hours if the new energy saving mode is activated. 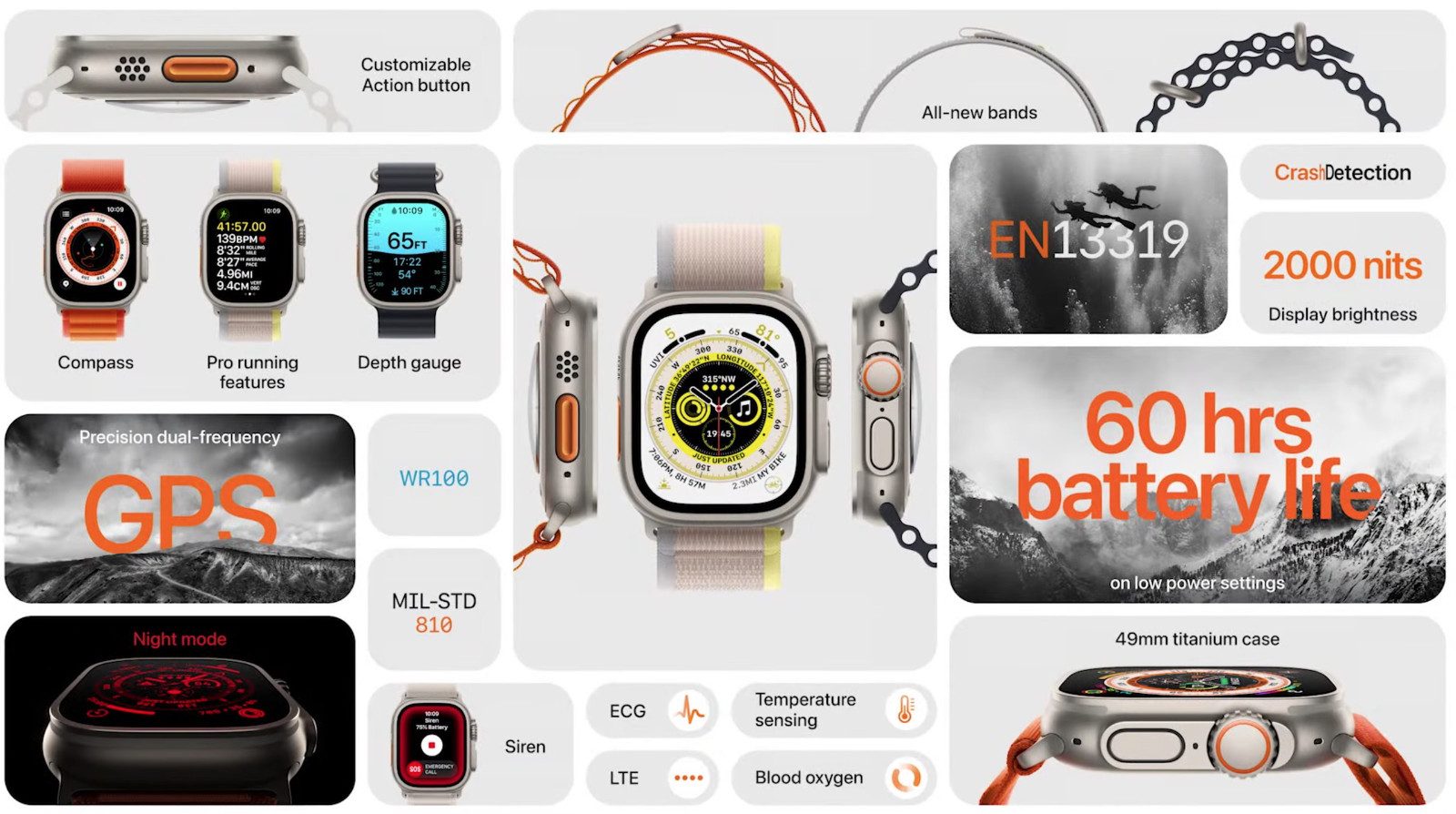 The Apple Watch Ultra is not only more resistant, it also includes many features aimed at the audience targeted by this new product. For example, the watch has a more precise GPS compared to the classic Apple Watches in order to give the user more accurate information during training or competitions.

And to complete the design, Apple has created a new watch face called Wayfair that takes advantage of the XXL screen to display more data for athletes. The Compass app has also been reimagined. And when hiking, if the user gets lost, they can use the Backtrack function to retrace their steps. 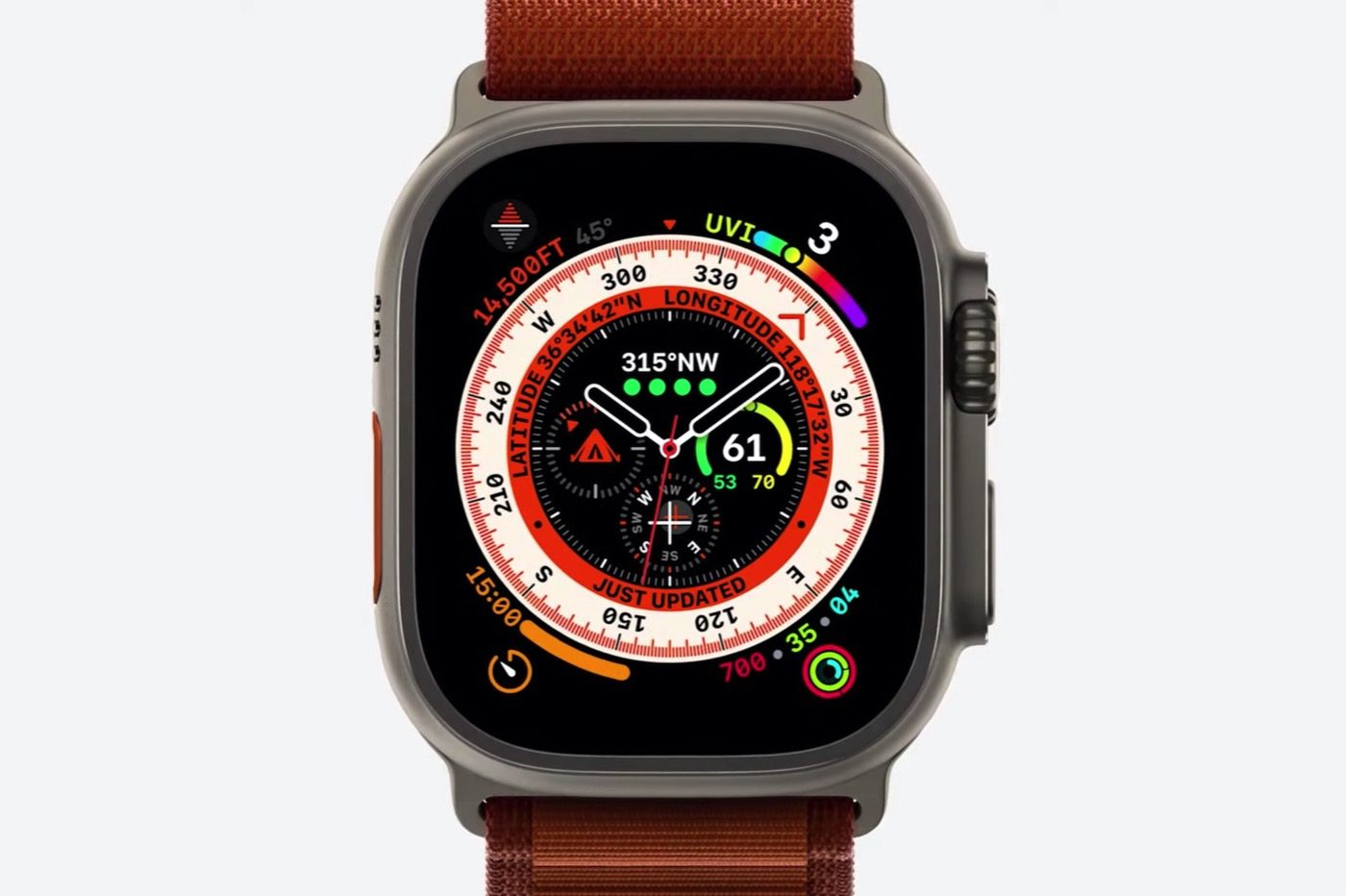 In case of injury or if he gets lost, the user of the Apple Watch Ultra can also activate a siren that emits a sound of 86 decibels to alert people around.

And that’s not all, since the Apple Watch Ultra was also designed for water sports. The product is also certified EN 13319, like diving accessories. And Apple has created a new app called Depth which displays information such as the time, depth, water temperature or even the maximum depth reached while diving.

Later this fall, the Oceanic+ application will even make it possible to transform the connected watch into a real dive computer.

First, Apple added a new sensor. In addition to those that we already had on previous models, such as the ECG or the oximeter, the Apple Watch 8 also has a temperature sensor.

While previous models already offered menstrual cycle monitoring functions for users, the Apple Watch 8, thanks to its temperature sensor, will provide even more information, in particular on the period of ovulation. The watch can also send notifications if anomalies are detected. 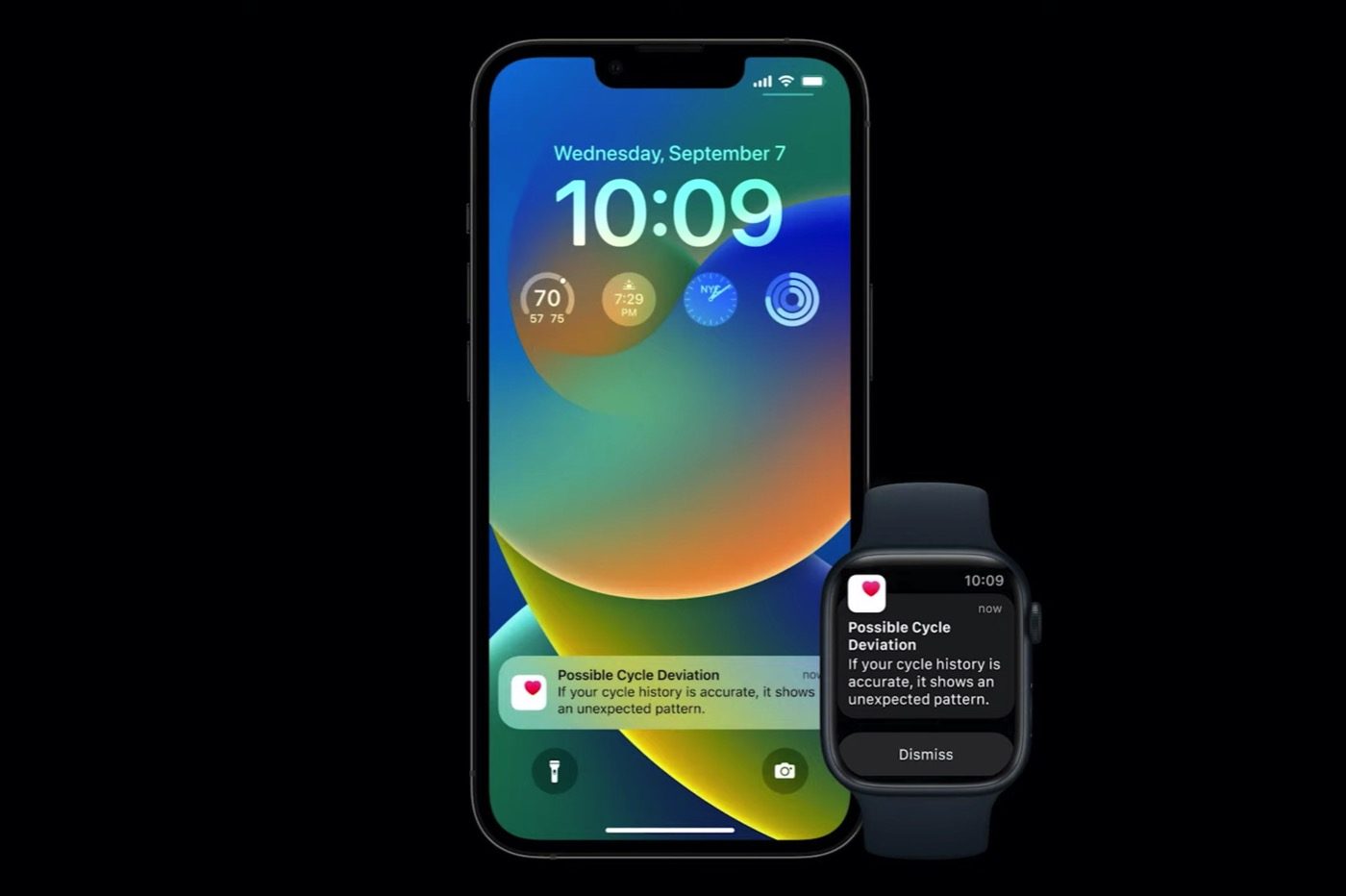 Another important novelty: the detection of car accidents. Thanks to a battery of sensors, the Apple Watch 8 is able to detect vehicle crashes. In case of detection, the user receives a notification. It can signal that all is well. Otherwise, an emergency call is triggered.

Otherwise, Apple has also made an effort on autonomy, with the introduction of a new low-power. In normal use, the Apple Watch 8 still has 18 hours of battery life, enough to get you through the day. But when the low-power mode is activated, the autonomy can reach 36 hours. This mode preserves essential functions, but disables others to save energy.

Finally, for those looking for a new affordable smartwatch, with only the basic functions, Apple also presented the new Apple Watch SE, with some improvements over the previous version. 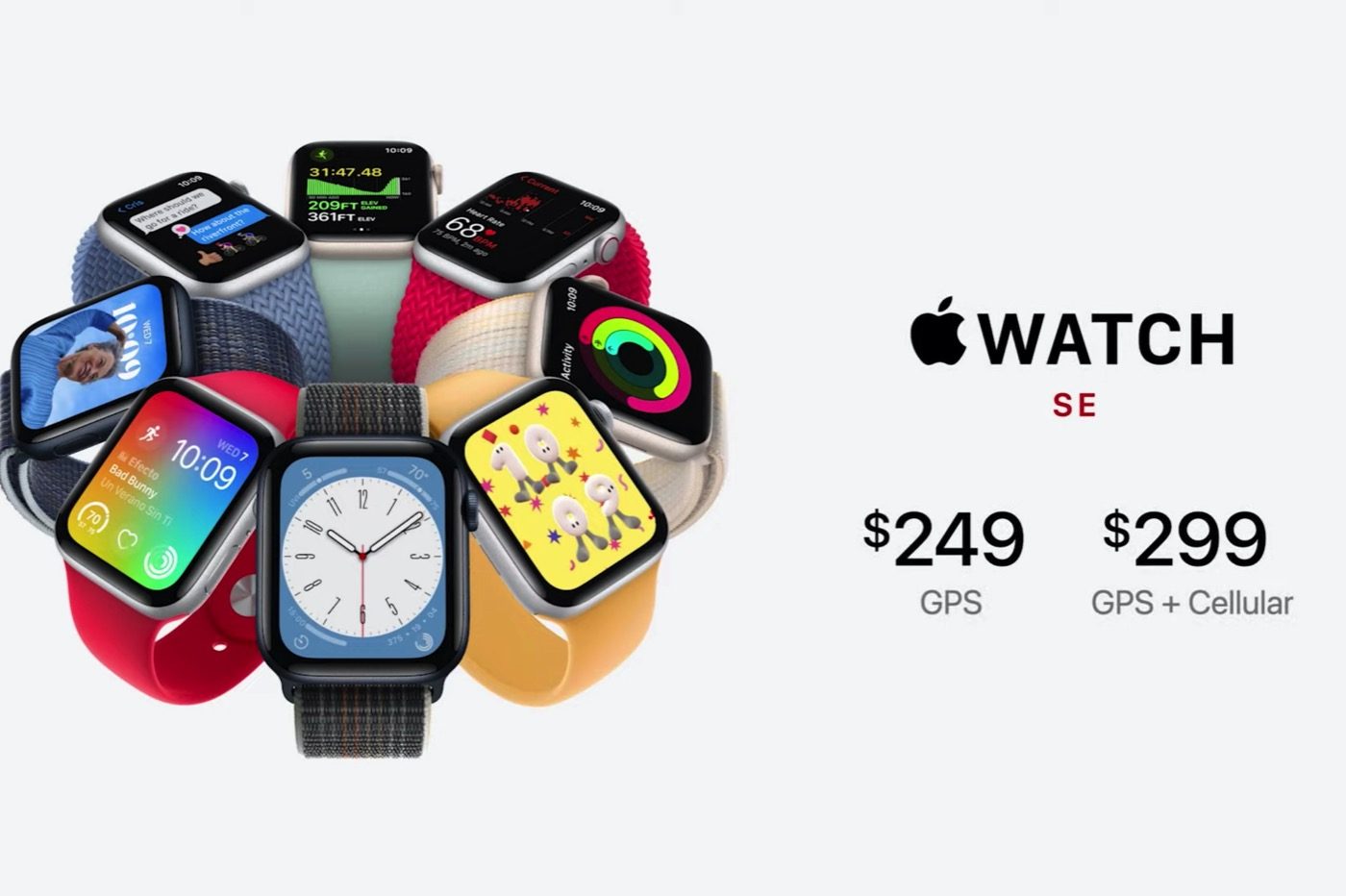