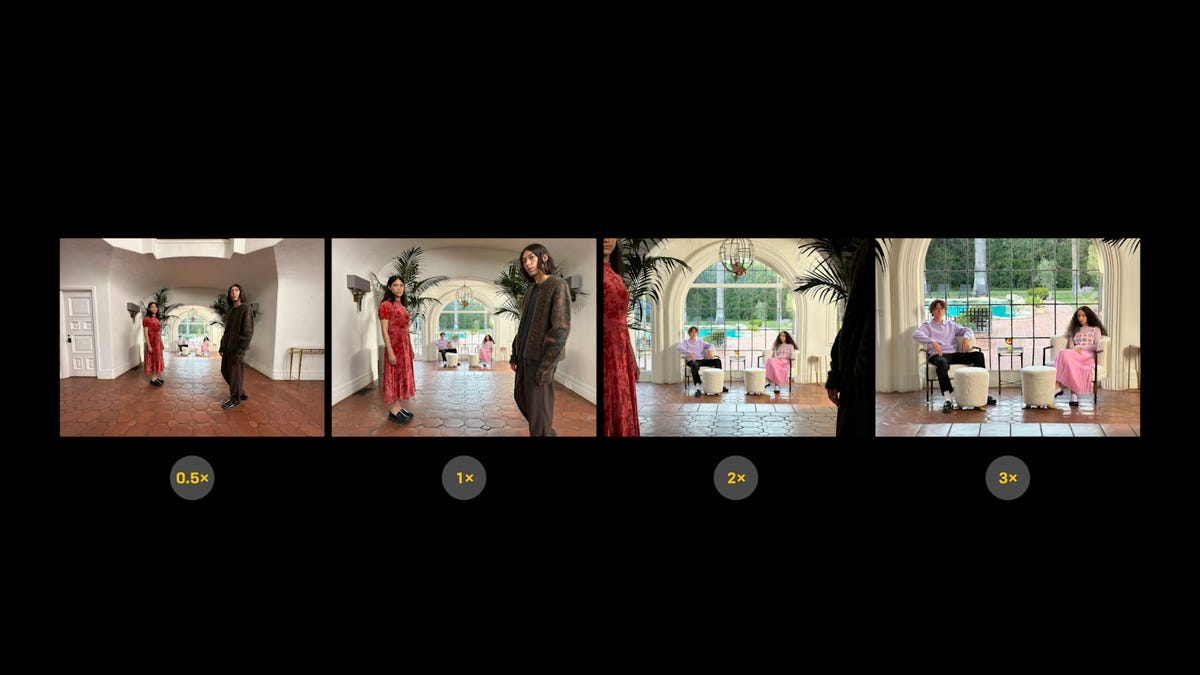 I’m bored. How can that be? I mean, seriously. Apple today announced emergency satellite service, an Apple Watch that’s also a dive computeran iPhone with a 48-megapixel sensor and an always-on display, and second-gen AirPods Pro that apparently cancel twice as much noise (but probably still won’t mute my puppy’s yaps).

Admit it. You’re just a little bit bored, too. And, yeah. That’s amazing. We’ll explore why after we go back over the announcements.

Let’s just briefly check in on what’s been announced. Others here on ZDNET are covering the Apple Far Out event details in much more depth. I just want to touch on these to give us a bit of perspective.

Apple announced the iPhone 14 series, the Apple Watch Series 8 and Ultraand a second generation of the AirPods Pro.

The iPhone 14 (in base and Plus sizes) adds some photo features, but the standouts are two safety features that might seem somewhat niche: the ability to send a cry for help over satellite, and crash detection.

The iPhone 14 Pro (in base and Max sizes) does some silly stuff with the notch, renaming it the Dynamic Island. It’s hyperbolic, but it’s actually a pretty elegant UI. The Pro models also have satellite SOS and crash detection, introduce an always-on display capability, and include even better cameras than last year.

Also: New iPhone models compared: Which one should you buy?

And then there’s the new Apple Watch. There’s a spec bump for the more affordable Apple Watch SE. The Apple Watch Series 8 gets a temperature sensor, specifically with a focus on women’s health.

Add to that the not-as-expensive-as-we-would-have-thought $799 Apple Watch Ultra, a hardened Apple Watch designed for adventurers and klutzes. It has a dual-frequency GPS, so you have a better chance of linking to a satellite in cities or in mountain canyons. The battery lasts multiple days, a feature long requested by just about everyone. And the thing is even water-resistant enough to serve as a dive computer.

So, yeah. Some new features. Maybe some new stuff to buy. Yawn.

But, think about that yawn for a minute

Let’s get some perspective. Let’s step back. Apple has been introducing iPhones every year since 2007. MacTracker lists 38 models, including the multiple models designed for different carrier systems back in the early days. The four introduced today will bring it up to 42.

The Apple Watch only arrived on the scene relatively recently in 2015, yet it’s become ubiquitous on the wrists of millions of us.

Apple’s first external audio system was the product called AppleDesign Powered Speakersgoing all the way back to 1993. But AirPods have only been around since 2016 (AirPods Pro since 2019), yet AirPods have become iconic in the years since.

In the 15 years since the iPhone was launched, not only has the device changed radically, it changed our world radically. We had smartphones, but once the iPhone (and then Android) arrived, BlackBerry devices and Palm Treos were consigned to the dustbin of history. Apps and always-connected broadband got us Uber and Instacart and the gig economy, and mobile-first computing, and so much more.

The original iPhone had 4GB of storage, a 3.5-inch display, and a resolution of 320×480 pixels. That first model didn’t even have App Store apps. It had a 2-megapixel camera in the back. Selfies weren’t even a thing yet.

Today, Apple announced a phone capable of taking 48-megapixel images. That OG iPhone could take a picture of only 1,600×1,200 pixels, and its quality was, to be charitable, OK.

Today, the new iPhone 14 Pro Max has a display resolution of 2,796×1,290 pixels, three 12-megapixel cameras, and one 48-megapixel camera capable of taking images with camera quality that can only be described as gorgeous. To be fair, smartphones with 48MP cameras have been around for almost four years, but Apple’s new implementation is sure to be top-shelf.

All that’s without talking about processor performance, image processing performance, machine learning performance, memory, and other whatnots. The fact is, if any of us were handed an old original iPhone, or even the iPhone 3G from of few years later, we’d want to fling it against the wall in frustration. We’ve come that far.

But since we’ve traversed that great distance year by year, upgrade by upgrade, the incremental improvements don’t seem that great. For example, the camera features aren’t really enough for me to toss out my iPhone 12 Pro Max and buy one of the new iPhone 14 models.

The AirPods Pro are so good already that in my opinion the improvements in the AirPods Pro 2 don’t justify an upgrade (although if people report that they’re capable of cancelling dog yapping, I might consider it).

I’m still using my Apple Watch Series 4 that I bought as a refurb back in 2019. While the battery life and the ruggedness of the Apple Watch Ultra intrigue me (less for mountain climbing and more for surviving the workshop), my current watch works perfectly well. I’d like to try to hold out until an Apple Watch comes out with constant blood pressure monitoring and some other health sensors.

It’s the safety features that stand out

On the other hand, don’t assume the safety features that Apple announced only apply if you’re climbing a mountain.

Back in 2019, Hurricane Irma was bearing down on my house, which all the news reports said was at ground zero of what was forecast to become a Category 5 storm. So, my wife and I packed a few belongings, my MacBook Pro, a few iPads, and our puppy into our aptly named Ford Escape and got out of town.

I’ve crossed America by car a few times, and while a lot of America feels like central New Jersey, a lot of it also feels like the surface of the moon. There’s a point when you’re barreling down the highway that you realize that you’d better have enough gas in the tank, because the next filling station is a hundred miles ahead of you, and the last one was a hundred miles in your rearview mirror. And, of course, there are no cell towers.

You are completely on your own, with your entire life, family, and what may be left of all your belongings in a 10-year-old car cruising down an open and empty road. At times like that, it would be nice to know that your phone can reach 22,300 miles straight up, regardless of all that desolation, to a geosynchronous satellite and call for help.

When crossing the Rockies, on very tight winding roads with very steep inclines, it would be nice to know that if something horrible happened, your phone could detect the crash and call for help.

Hopefully, these are features you’d never ever have to use. But as my ZDNET buddy Jason Perlow reported early on in his ownership of an Apple Watch, sometimes bad things can happen. When your watch or your phone saves your life, it sure justifies the investment.

We, and our tech, have come a long way since Steve Jobs held up that first iPhone. Smartphones have changed our world in ways small and huge, in beneficial ways, as well as in ways that are dehumanizing and foster discontent. We’re all a little closer to each other in terms of being able to share our thoughts and opinions, which paradoxically has pushed us farther away from each other in terms of civilized discourse and a sense of camaraderie. Hopefully our tech will help us find creative ways to get out of some of the messes we’ve gotten ourselves into.

The way it can do that is probably through change, rolled out bit by bit. Each incremental change is just that: incremental. A little more battery life. A processor that processes instructions a little more quickly. A display that’s a notch brighter. A notch that’s a bit smaller. A camera that takes slightly higher-quality pictures. A move from 4G to 5G. A few more sensors. Another way to keep us healthy.

It’s become a cadence. A regular, yearly occurrence. Of course, the phones will be faster. Of course, battery life will be longer. Of course, the cameras will be better. Thousands of engineers and designers and programmers work their hearts out the world over, so that we can be given what we think is our due.

“Bring us innovation,” we command. “Make devices better and more powerful,” we direct. “And try not to bore us again,” we pontificate dismissively, as if we were rulers in court, speaking down to the court jesters.

So, what do you think? Are you bored or amazed? Will you be buying a new iPhone, Apple Watch, or set of AirPods Pro? Let us know in the comments below.