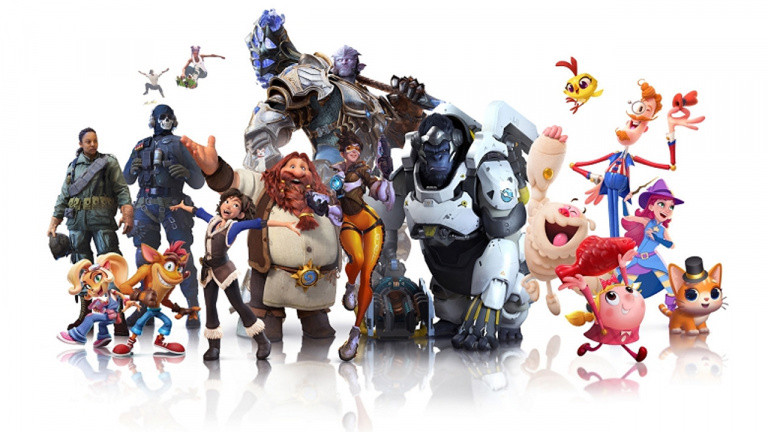 If Microsoft was hoping for a quick approval from regulators, the wait may be a little longer than expected. In recent days, the British and New Zealand competition authorities have expressed their wish to deepen the examination of this takeover proposal weighing 68.7 billion dollars. A decision that the European Union should follow in the coming days. Faced with the concerns of the commissions sharpened by the concerns of Sony, the boss of the Xbox puts on the gloves and dots the i.

The Battle of the Chiefs

As regulators speak out on Microsoft’s proposed takeover of Activision-Blizzard, events are turning into a summer soap opera that could well last. The Redmond firm was right to be cautious in announcing that the agreement could be finalized in June 2023: according to the Financial Times which cites sources familiar with the matter, “it’s a big and difficult deal that needs a prolonged investigation”. Since the UK’s Competition and Markets Authority (CMA) recommended the opening of an investigation into the impact of the deal, fearing that the acquisition of one of the world’s largest video game publishers by one of the richest companies in the world does “a substantial lessening of competition in one or more markets“, Sony feels growing wings.

In a statement given to Gamesindustry.bizthe Japanese group says they appreciate “the CMA’s desire to protect players” after describing his wish to “ensure the best gaming experience for PlayStation players”. The Sony representative continues: “giving Microsoft control of Activision games, like Call of Duty, would have major negative consequences for gamers and the future of the industry”. The response from the American juggernaut was not long in coming. Also at Gamesindustry.biz which is broadcasting the duel with a slight delay, an Xbox spokesperson states that there is “no commercial sense for Microsoft to remove Call of Duty from the PlayStation given its leading position in the console market”. A clever message which aims to remind, almost slyly, that the current market leader is not Microsoft but Sony. And “detail” which should count during the additional analyzes of the commissions.

Currently in Japan for the Tokyo Game Show 2022, Microsoft Gaming’s final boss, Phil Spencer, was interviewed at CNBC. Journalist Will Koulouris took this opportunity to ask the big boss of Xbox to speak on the hot topic of the Activision-Blizzard takeover, as well as the claims of Jim Ryan (leader of PlayStation). “Can’t you just assure that Call of Duty will be available perpetually on PlayStation?” asks the journalist. “I can’t tell you where we are with the regulators. I have already told our fans and customers publicly what our commitment is, that our perspective is to continue to deliver Call of Duty on PlayStation (…). We even want to expand the number of players who can play our games”.

Our goal is to put the player at the center of technologies such as the Cloud or PC graphics chips. Our hope is to make our games playable by more people in the near future. Phil Spencer, Head of Microsoft Gaming

Then comes the question of the arrival of Call of Duty in the Game Pass, and the fact that it could make the service unassailable in the subscription market to access games. A point raised by Sony that Spencer brushes aside. “It’s not just related to Game Pass, it’s about competition in this market. As Xbox and Microsoft, we want to innovate and create value. How can we bring value to players with a new model that offers a library of games that players love? This is competition“.

Competition directs competitors towards innovation, and towards new things to do like the Cloud, subscriptions (…). All we did was focus on how to compete effectively, and how to deliver more value to our customers. Phil Spencer, Head of Microsoft Gaming

These are words that Jim Ryan should appreciate, Microsoft indicating that Sony would refuse to question itself in relation to market developments. Speaking of competition, Phil Spencer reiterated his desire to not to increase the price of its consoles “in an era where gamers already have to put in a lot of effort”. Regarding acquisitions, the leader assures that he continues to review potential candidates “in a very competitive market” and mentions the efforts already made in Asia, a territory where the American giant should increase investments.

Finally, Will Koulouris asks his interlocutor about potential Activision-Blizzard game exclusivesexclusives that “could discourage gamers from buying PlayStations” according to the Japanese giant. “Exclusives have been the backbone of this industry for a long time. We made this decision a few years ago to release our games on both consoles and PC. We’ve even made them available to almost anyone with an internet browser if they log into Xbox.com/play. Making our games accessible to as many people as possible is our goal“.

We will have exclusive titles on Xbox, we already do that, it’s part of our platform to create an affinity with what we do, but we want those games to end up being played by more players than before. We are building our technology and business model innovation to make this possible. Phil Spencer, Head of Microsoft Gaming