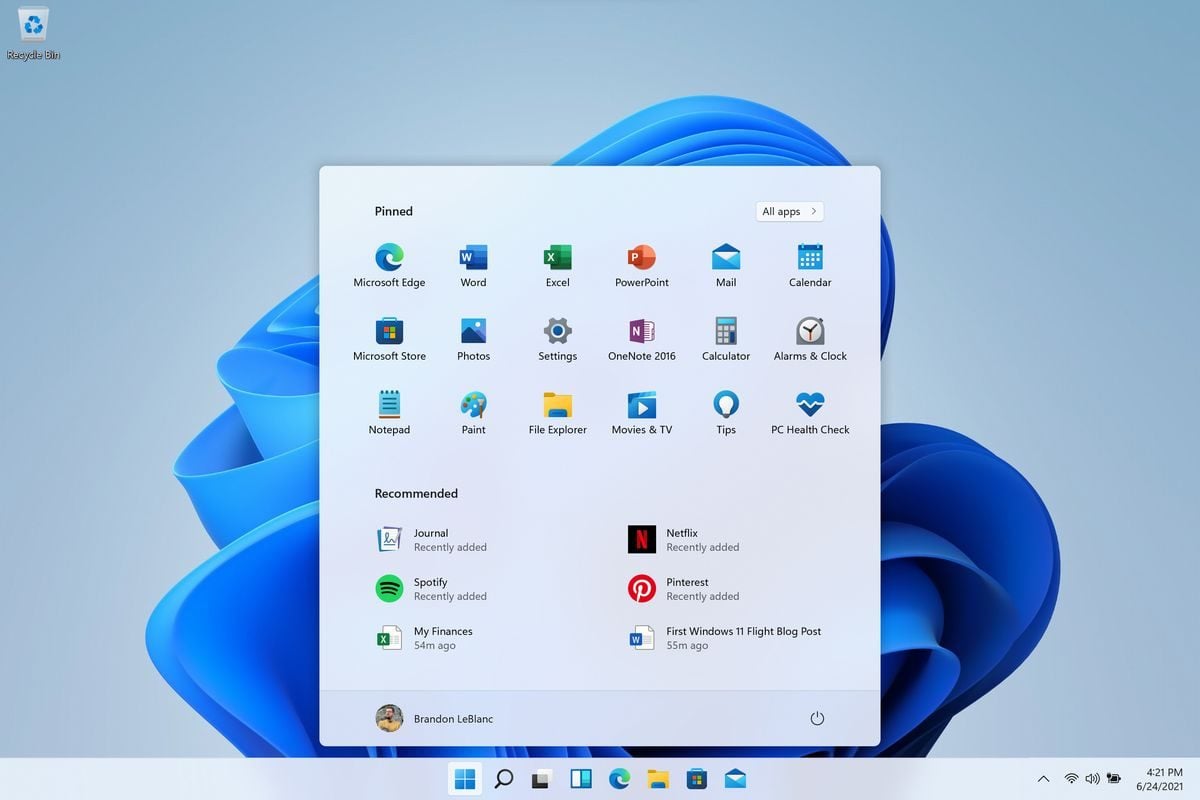 Apparently Microsoft’s latest design choices are not unanimous, including internally. Jensen Harris worked for Microsoft from 1998 to 2014. During his last years at the company, he was responsible for a team responsible for redesigning the user experience of Surface tablets and Windows. It is therefore he who has largely contributed to the appearance of the Windows 10 Start menu as we know it today.

He has since left the company, but when asked what he thinks of the design of Windows 11, one aspect immediately comes up: the new Start menu and its poor ergonomics. According to him, advertising for the Bing Wallpaper application “looks like something related to a virus”. He adds that the interface is riddled with conflicting choices. For example the corners are rounded in some places while they are not in others.

The Windows 11 Start menu is still far from perfect

But the worst to hear it, is related to the fact that Microsoft persists in wanting to stuff this menu with advertisements in a commercial operating system: “Is the amount of dollars generated by this wallpaper application really worth making the user experience so cheap in a piece of the interface that you open all day? By opening this menu I did not intend to find new wallpapers”he remarks.

According to him, this menu is on the contrary the quintessence of the Windows user experience and as such “it should represent the best user interface design the firm is capable of”. What, according to him, is still far from being the case because of these questionable choices. According to the designer, this is simply the result of a problem in defining the priority aspects of the operating system.

However, he praises other aspects of the Windows 11 user experience that he believes are more successful: “Microsoft has many brilliant designers who do their jobs with great care and attention to detail – I’ve worked with many who are still in the business! But the outcome ultimately depends on what one chooses to prioritize. The user experience should be designed with the same intensity as a tech investment strategy”.

The Start menu is Microsoft’s flagship user experience. It should represent the very best UI design the company is capable of.

Today I searched for “chrome” in Windows and was shocked by the user experience. pic.twitter.com/GZq386qqzK